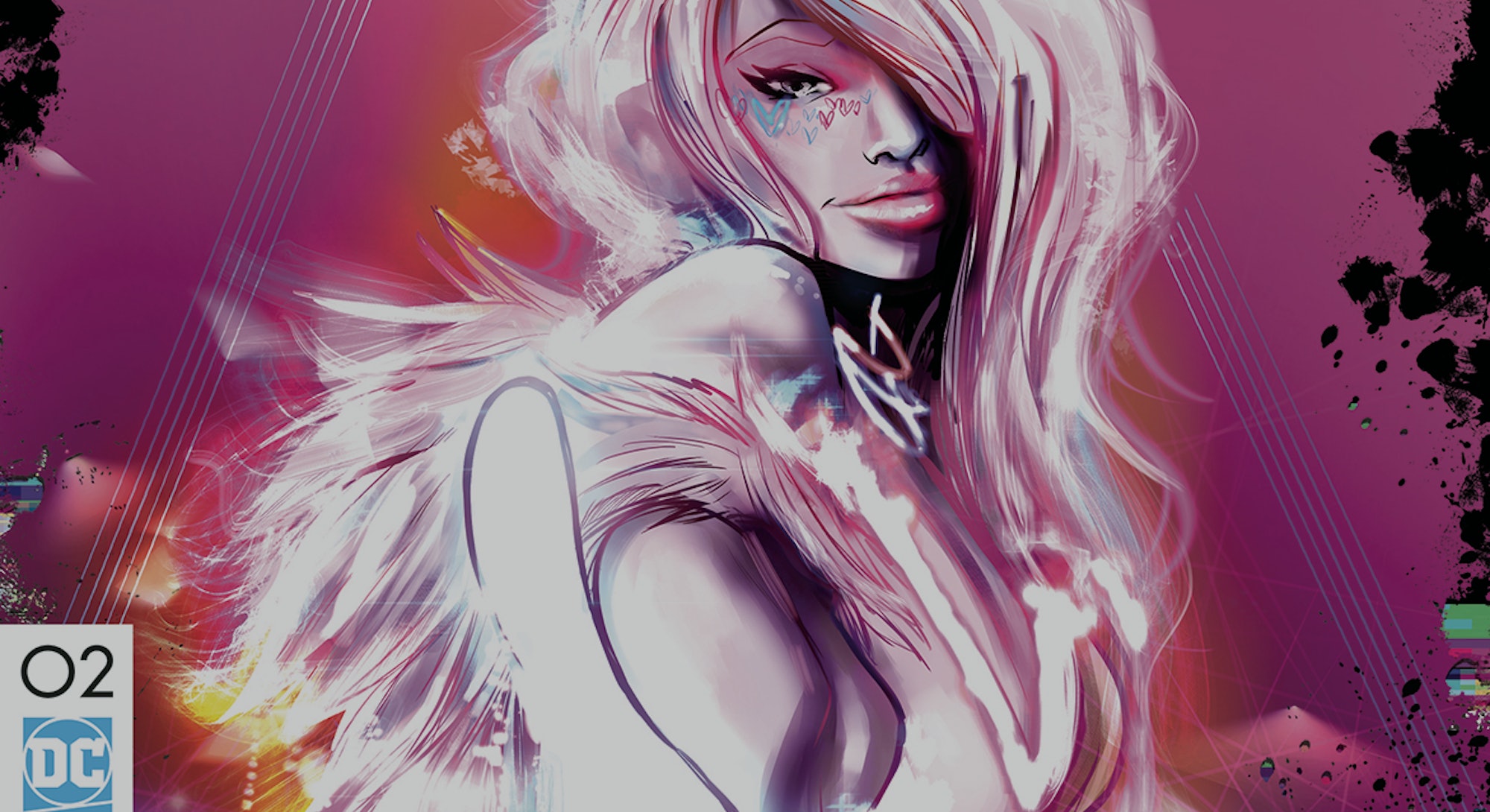 Zoe Quinn has more reason than almost anyone else to hate the internet. As one of the earliest victims of Gamergate, she’s had a clear vantage point to view the rise of racist and sexist extremism online. But considering everything she’s been through, Quinn’s vision of the future technology may bring — at least as it’s presented in her upcoming comic book for DC’s Vertigo Comics — is surprisingly optimistic.

“There’s a lot of hope in a dark place built into what I’m trying to go for here,” she tells Inverse.

So yes, Goddess Mode, which launches in December is optimistic about the future — or at least about certain parts of it — but it’s not naive about the clear and present danger of modern technology. Smartphones and social media may make our lives easier, but they also help broadcast some of the worst parts of humanity on global platforms. So what happens when the few remaining barriers to entry disappear?

“The world [of Goddess Mode] is basically if somebody had successfully united all the tech systems we’ve got,” Quinn says, teasing a future where the barriers between iPhone and Android or Twitter and Facebook melt away.

The result is total convenience. A reality where technology knows what you want before even you do. Quinn compares it to an experience we’ve all had: You’re talking about something with a friend and all of a sudden you see an ad on Facebook for that thing you just mentioned out loud.

Is Facebook listening to your conversations? Probably, but good luck proving it. The world of Goddess Mode is that experience, but “dialed up to 11.”

“A large part of it is that old adage that significantly developed technology is indistinguishable from magic,” Quinn says, comparing her comic to “a more optimistic Black Mirror.”

"A large part of it is that old adage that significantly developed technology is indistinguishable from magic.

Of course, every sci-fi dystopia needs a villain, and in this case, it’s a tech CEO in the mold of Elon Musk. That’s not to say that the character, who Quinn likes to refer to as “Tuxedo Musk,” is necessarily a bad guy, but it’s clear that this emphasis on technological advancement above all else has left some of humanity behind.

“What if Elon Musk did have his ideal world?” Quinn wonders. “Utopia’s still not an equal utopia for everyone.”

It’s against this cyberpunk backdrop, updated for the mobile age — “it’s not like wires everywhere but everything’s a gig, everything’s AR” — that the true story of Goddess Mode unfolds.

Tuxedo Musk’s perfect world is quickly peeled back to reveal a secret struggle for power just below the surface. Per the official synopsis:

In a near future where humanity’s needs are provided for by a godlike A.I., it’s one young woman’s horrible job to do tech support on it. But Cassandra Price’s life changes forever when she discovers a hidden digital world beneath our own, one where a group of super-powered women are locked in a secret war for the cheat codes to reality.

"The cool thing about all the Vertigo books is that everyone has something they want to say about how the world could be better.

Quinn’s interest in technology pre-dates her career as a programmer and video game developer. Growing up in a small town on the northern tip of New York state with not much to do, she split her free time between exploring the early internet and tinkering in her dad’s motorcycle shop.

“I was building weird stuff and learning that technology was like magic,” she says.

Combine those experiences with early webcomics like Sluggy Freelance and anime like Sailor Moon — plus a dash of our modern hate-filled online horror show — and you get Goddess Mode.

Quinn also sees her first comic as an opportunity to explain some of the ideas she grapples with to a wider audience.

“You try to talk about tech with people who aren’t in tech and it’s like, eh,” she says. “It’s easier if I just showed you. It’s a bit of my experiences and the experiences I see commonly in other people.”

Hopefully, readers will also come away from Goddess Mode with a little more hope for the future, and maybe even a clearer idea of how we might be able to course-correct before we end up in the questionable tech utopia Quinn’s created.

In that sense, her comic is a perfect fit for DC’s newly revived Vertigo imprint, which originally launched in 1993 to tackle more adult themes and announced a relaunch earlier this year.

“The cool thing about all the Vertigo books is that everyone has something they want to say about how the world could be better,” Quinn says before clarifying that actually making the world a better place is a lot harder than imagining it in a comic book.

“Doing the work is messy and difficult,” she says, “like trying to fix a broken car while driving it and also getting run over by it.”