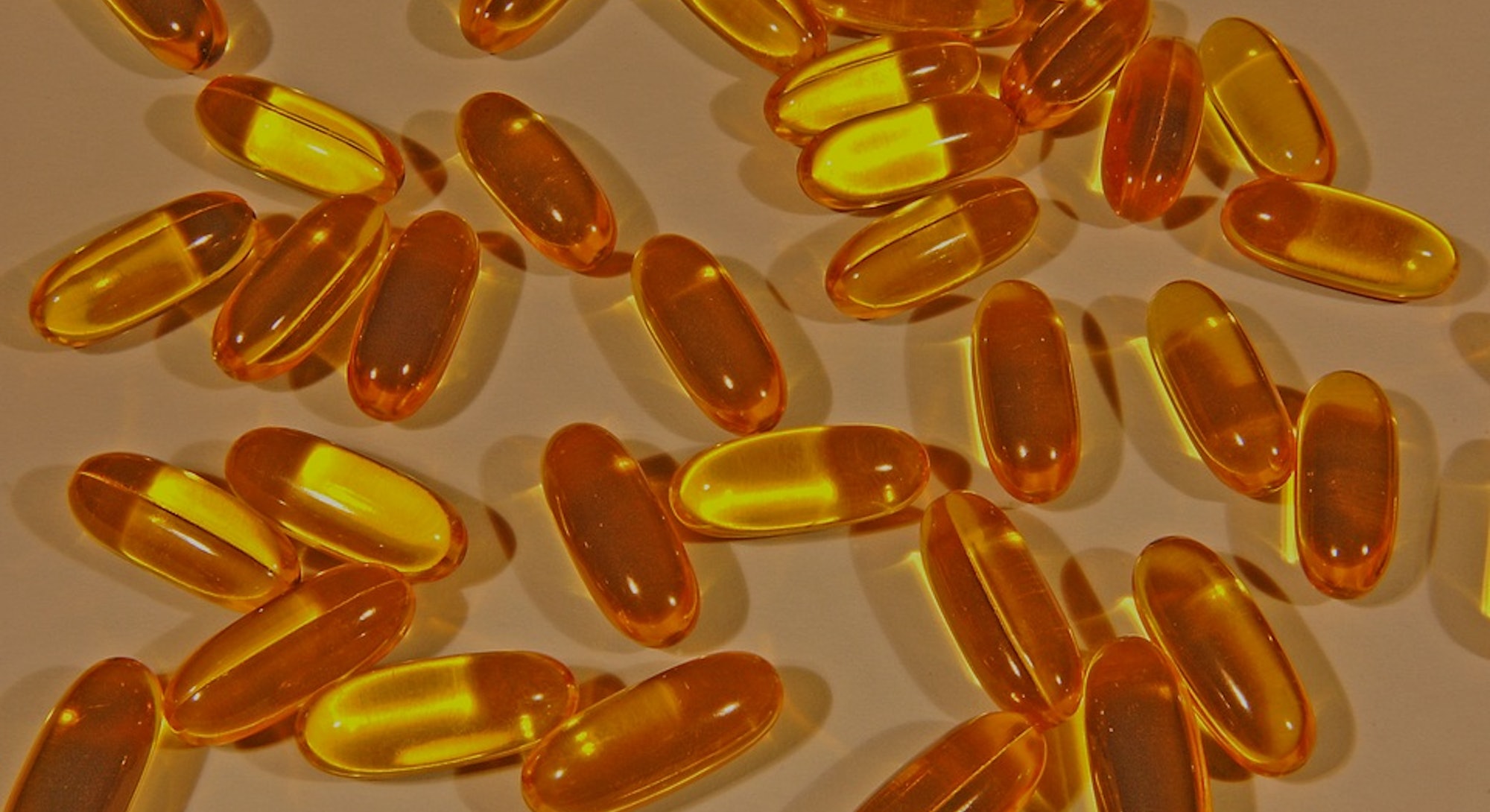 Bruce Ames, Ph.D., believes in the future of the personalized longevity pill. Ames, an 89-year-old biochemist from California who has written over 500 scientific papers during his career, envisions a future in which a person can put their finger in a machine that will analyze their blood and determine the exact vitamin and mineral cocktail they need to slow the inevitable march toward aging. But until that day comes, he believes that his list of 41 different vitamins and minerals will do the trick.

Amidst an influx of research around vitamins and minerals, Ames is trying to completely reshape the way that we look at supplements. In a perspective article published Monday in the journal Proceedings of the National Academy of Sciences, he recommended an anti-aging cocktail of 41 different vitamins and minerals, some of which he calls “longevity vitamins.”

“Now I’m pointing out that there’s starting to be more and more evidence that much of human premature aging is due to shortages in vitamins and minerals.” Ames tells Inverse. “We proved it in two cases. It’s reasonable that it’s shortening everybody’s lifespan.”

Already, his paper and list of supplements has sparked the interest of others in the nutrition field, like Walter Willett, Ph.D., a professor of epidemiology and nutrition at Harvard’s T.H. Chan School of Public Health:

“This is a very thoughtful and provocative paper,” Willett tells Inverse. “It does not claim that there are proven benefits of this package of minerals and vitamins, but it does provide a strong body of evidence that benefits on longevity are possible and even likely for many of these.”

Ames can confidently claim that 41 vitamins and minerals can ensure healthy aging because of “Triage Theory,” a hypothesis he described in a 2006 PNAS study. It states that when the body runs low on a certain vitamin or mineral, it’s forced to make a decision about how to use its meager supply: Should it be used to fix immediate issues, or should it be used to keep everything else running smoothly? Ames believes that if the body is always well-supplied, it should never have to make that choice.

Take magnesium, for example: If a person is deficient, the body might funnel its remaining stores into fixing a problem like a cramp, which can be caused by magnesium deficiency. But by doing this, the body isn’t using magnesium to help fight other, less immediate issues, like DNA damage, which causes cells to age and die in the longer term.

"That’s an old theory of aging: that there are tradeoffs between reproduction and maintenance of the body.

“That’s an old theory of aging: that there are tradeoffs between reproduction and maintenance of the body,” Ames says.

In 2009, a team at Ames’ lab illustrated triage theory in action by demonstrating that enzymes dependent on vitamin K are more essential to life than others. This observation led him to theorize that the body prioritizes those enzymes over others when resources are scarce. In the study, mice with a simulated vitamin K deficiency were able to maintain essential blood clotting functions but couldn’t protect against heart disease.

Ames laments that the rest of the field hasn’t replicated his study for other vitamins. “We figured that people in each field would do their own vitamin or mineral, but no one really has since we did ours,” he says.

Jeffery Blumberg, Ph.D., a professor who studies the biochemistry of antioxidants at Tufts University’s Gerald J. and Dorothy R. Friedman School of Nutrition Science and Policy, is on board with Ames’ theory.

“A novel hypothesis that can explain a lot of what we know about the problems of poor nutrition during pregnancy and the first two years of life increasing the risk for chronic diseases in later life,” Blumberg tells Inverse.

Blumberg, however, can’t help but point out that Ames’ idea is more of a hypothesis than a theory — one that will be hard to test because it would be “wildly unethical” to deprive human test subjects of essential micronutrients just to prove a point. Ames admits his ideas are still somewhat theoretical, as he no longer does lab tests these days.

Regardless, Ames’ hypothesis informs his recommendation that people use vitamins to ensure that the body never has to choose between short-term and long-term survival. Ames’ reputation and his status as director of Children’s Hospital Oakland Research Institute have led prominent journals and researchers to at least consider his point of view:

“Bruce Ames is one of the few genuine geniuses working in the field of food/nutrition and health,” Blumberg says.

"Bruce Ames is one of the few genuine geniuses working in the field of food/nutrition and health.

Of the 41 items on his list, Ames says there are ten items that are most often implicated when the body has to choose between short-term and long-term health. He points out his list is based on analysis and interpretation of other studies, noting that not all of these can be taken in a pill. He calls the following five “survival vitamins” because they affect processes for both short-term health and long-term health.

Vitamin D: Ames’ argument for Vitamin D has little to do with bone health — which is what we usually use Vitamin D for, an idea that has been hotly contested. He cites a few studies showing that low Vitamin D levels are associated with higher rates of heart disease and cancer. Connecting these two are a stretch, but there’s still more research to do on Vitamin D’s effect on heart health.

Marine omega-3 fatty acids, DHA and EPA: While not considered “vitamins,” these fatty acids are usually found in fish oil and in small amounts in actual fish meat. Ames’ paper cites a study claiming that people low in Omega 3s tended to have faster telomere shortening, a sign of aging. Though again, he doesn’t clearly link this to his triage theory.

Magnesium: This supplement is usually found in leafy green plants because it’s a component of the chlorophyll molecule — which gives plants their green color. Ames doesn’t take every vitamin he lists, but he does take this one.

Choline: Humans naturally produce choline in the liver, though the National Institutes of Health notes that humans don’t make enough of it on their own. It’s abundant in eggs and peanuts, and Ames’ paper cites a study showing that deficiency can result in DNA damage in rodents — a hallmark of aging.

Taurine: This is a tricky one. Ames’ paper touts taurine’s helpful effects on mitochondria — which are the parts of cells that help to produce energy. It’s in Red Bull because of its potential role in increasing exercise capacity, and it’s often mixed with caffeine and sugar.

The remaining five on the list are a bit more obscure. His interpretation of existing research, he says, suggests these may have “anti-aging” effects. Like the survival vitamins, some of these can’t be taken in a pill, though Ames thinks that could change in the future.

Ergothioneine: This is an amino acid that’s found all over the natural world. Ames’ paper notes that it’s found in mushrooms, beef and chicken as well as most tissues in the human body. Some studies suggest that it might play a role alleviating oxidative stress, a primary mechanism of aging.

Pyrroloquinoline quinone (PQQ): Some studies have gone so far as to call PQQ a vitamin, but other papers suggested that this was a bit premature. More recent work has highlighted that it may play a part in preventing osteoporosis in mice.

Queuine: This micronutrient isn’t usually found in a supplement form, but Ames’ paper notes that it plays an important biochemical role in making tRNAs — which help cells make proteins. Most people get plenty of this through their diet, and certain microbiota manufacture enough of this without any help.

Lutein and zeaxanthin: These two components of plant stems have been shown to have beneficial effects on eye health. And Ames’ supplementary information notes that they’re usually found in corn, kale, spinach, and broccoli.

Ames doesn’t actually take all 41 substances himself because he doesn’t have to. That’s because there’s a far better way to consume all the substances on his list without buying a vitamin company.

“If you are eating a well-balanced diet you are already consuming dozens of vitamins and minerals (and hundreds of other dietary bioactive components) at once,” Blumberg says.

A few of the “longevity vitamins” he lists are in foods we cook with all the time, like tomatoes and kale. Nevertheless, says Blumberg, Ames’ recommendations may lead to the creation of more “fortified foods” with heightened amounts of these vitamins and minerals, the same way that milk is often fortified with vitamin D.

"There are pleasures in eating good foods and a varied diet. That’s a reason to not just live on pills.

Aside from his multivitamin and calcium and magnesium supplements, Ames gives his wife’s cooking credit for his advanced age.

“I think supplements are fine. I have an Italian wife and she was a professor at Berkeley also, and she feeds me a very good Mediterranean diet, so I’m in pretty good shape for 90,” he says.

“There are pleasures in eating good foods and a varied diet. That’s a reason to not just live on pills.”