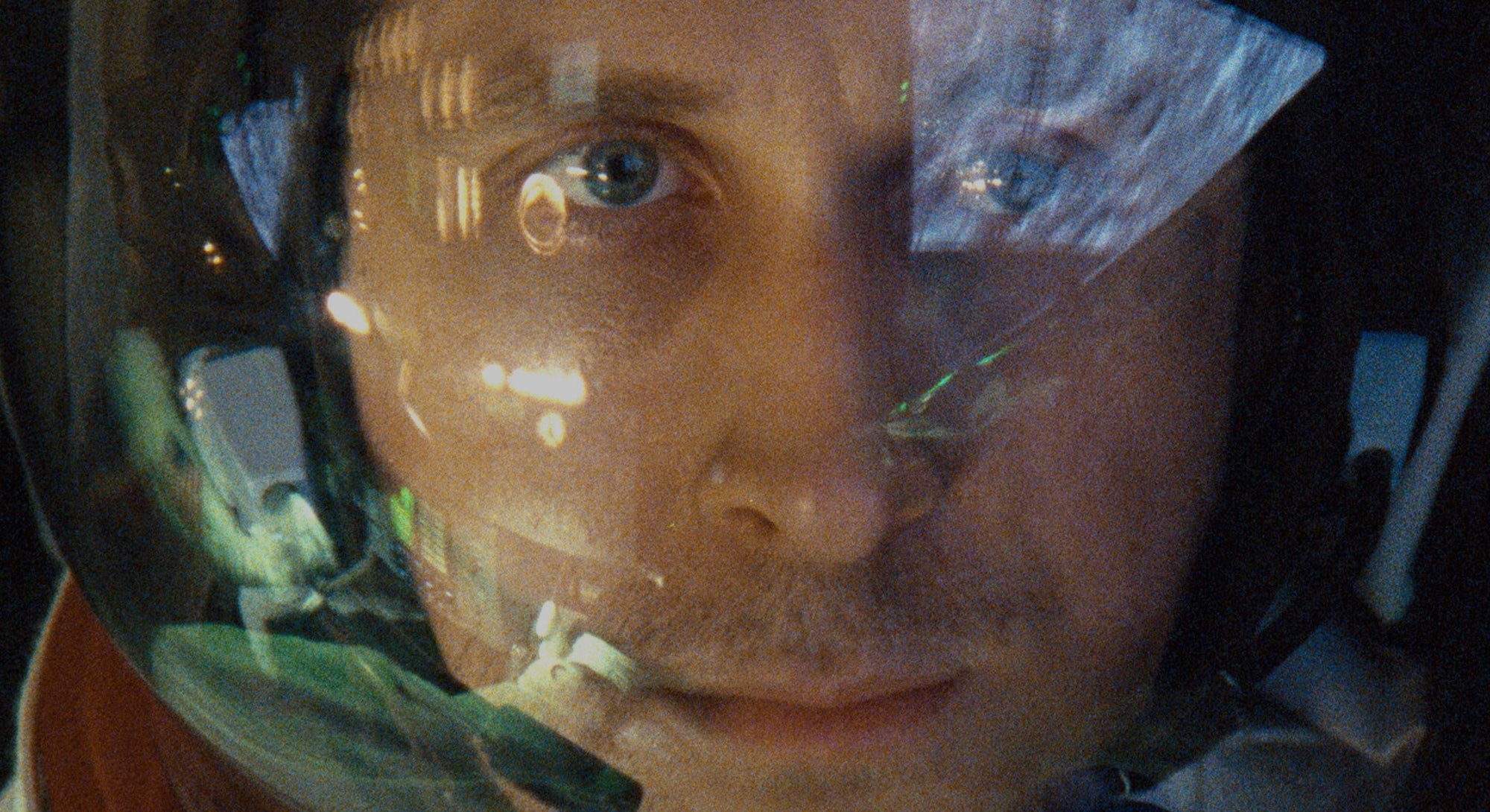 The real-life controversy over missing flags in First Man is so on the nose, it’s almost bad writing. In case you missed it, this summer’s Labor Day news cycle was dominated by a “spoiler” that First Man, which chronicles the 1969 moon landing from Neil Armstrong’s perspective, doesn’t include a scene of astronauts physically planting the American flag, which critics said effectively removed America from a uniquely American achievement.

The notion that First Man even needs such a scene can be viewed as myopic — of course it’s an American achievement. But like the astronauts in space who see Earth without borders, to focus on the flags is dismissive of the collective human effort that got them there.

First Man isn’t about the moon landing. It’s not even about Neil Armstrong. It’s about being unapologetically human, and how heartbreak can be fuel for greatness, rendering divisions invisible when you see the big picture.

First Man, which opens October 12, signals a cinematic departure for Damien Chazelle — known for musical films, like Whiplash and La La Land — who uses a handheld camera more here, while telling the story of Armstrong during the 1969 Apollo 11 mission. It’s based on the 2005 book by James R. Hansen, which explores Armstrong’s struggles to get to space after experiencing the worst moment in any father’s life.

With a verité visual vocabulary and an eerie sound design that gives the film a part-documentary, part-horror movie feel, First Man explodes with cinematic wonder when — spoilers? — Armstrong arrives on the moon. Next to Mission: Impossible, First Man is the movie of 2018 that deserves to be seen in IMAX.

Ryan Gosling, a bonafide Hollywood star who demonstrates genuine pathos as Armstrong, anchors the film not as a gee-golly American hero, but as an engrossing, imperfect individual. The man who would leave his footprint in history is just as susceptible as you and me to emotional fits. No, he doesn’t want to talk about his deceased daughter, aged two. No, he doesn’t want to be at another funeral. No, he doesn’t want to tell his kids he might not come back — as his wife, Janet Shearon, played by Claire Foy, demands in the film’s trailer. Gosling is doing some of the defining work of his career here, and it’s when he’s playing a father, a husband, or friend to doomed people that he’s most compelling. That he walks on the moon is like, the third-most interesting thing about him.

On top of strong work by Gosling, who bounces off equally talented actors like Foy, Jason Clarke as Ed White (the first American to walk in space), and even Corey Stoll as Buzz Aldrin (a dick), the film is tremendously smart about the story it’s telling.

First Man is not a soft-focused biopic. It doesn’t begin with Armstrong doodling rocket ships. It begins with sheer terror, depicting the thirty-something hurtling through the atmosphere at a thousand miles per hour on a metal can held together by gum and duct tape. The race to space is a race to hell, soundtracked by the droning sounds of clunky metal and highlighted by spontaneous balloons of fire. Large chunks of First Man descend into the nine circles, not up into the heavenly atmosphere, as engineers try and fail and try again to make history. First Man boldly breaks the tradition of space movies like Ron Howard’s (still great and accurate) Apollo 13 by racking up a body count. And for what? To beat the Russians?

When Armstrong finally makes it to space, and the disorienting close-ups and handheld cameras of cinematographer Linus Sandgren are suddenly exchanged for scenic serenity. The wide real estate and vivid colors made possible in IMAX is far better used here than in any Batman movie, as Chazelle achieves as close an approximation to the overview effect — a real phenomenon felt by astronauts — for moviegoers still bound by Earth’s gravity.

First Man is great, but its ending on the moon is what makes the film a revelation about the insane amount of work — the grit, the failure — required to get there. Remember to breathe, there’s still oxygen in the theater.

The first 90 minutes is necessarily brutal, but worth it for that third act, an about 10-minute onslaught of calm and peace. Whatever Elton John tried to do with the lyrics of his ostentatious “Rocket Man,” Chazelle achieves in a minimalistic few breathtaking minutes.

Does First Man have flags? Yes. There are a lot of American flags in the movie. You will get your flags. But for those looking at First Man for assurance that America can be great again, keep looking. The rest of us will enjoy the view.