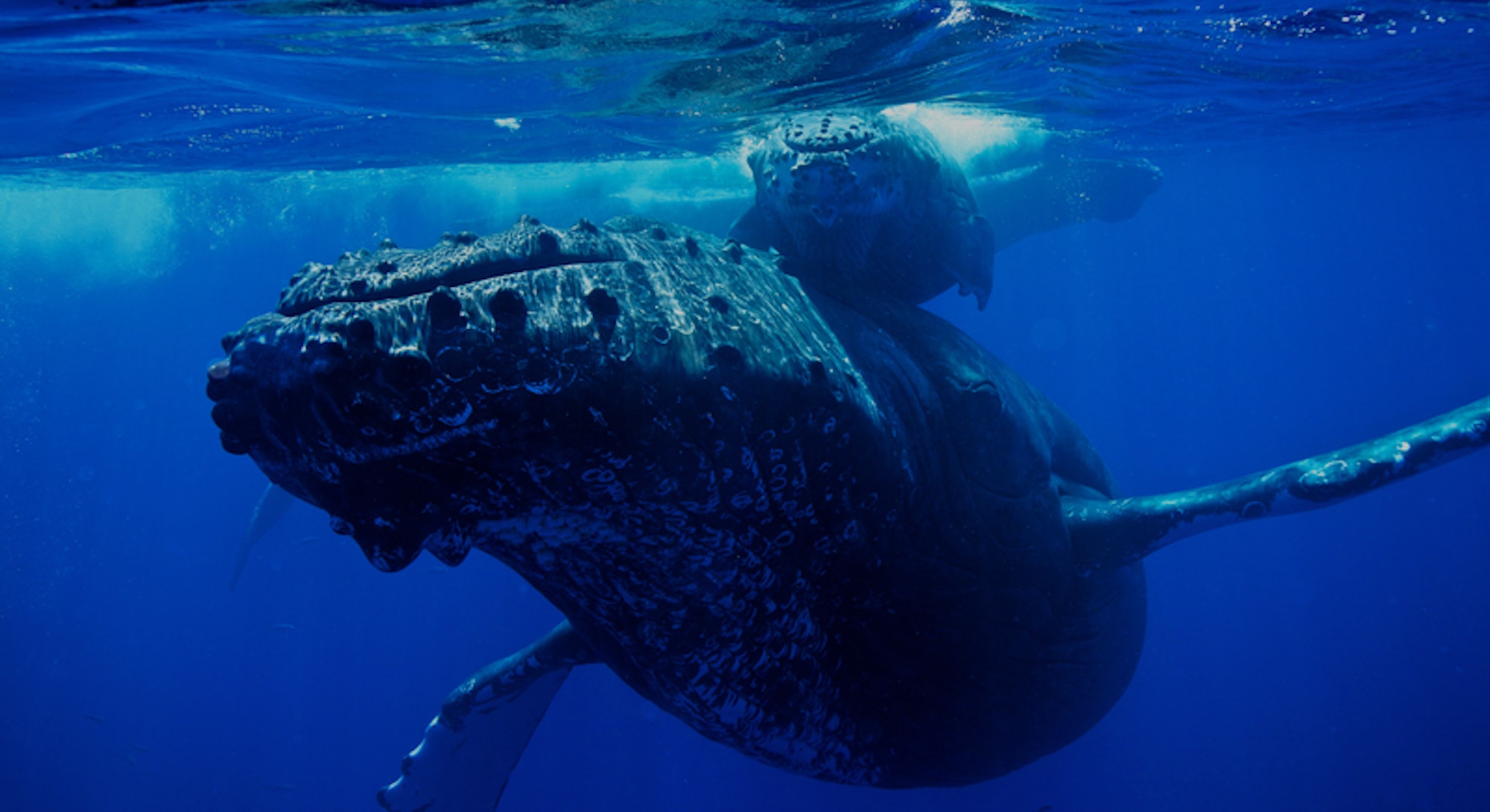 American biologist Roger Payne, Ph.D., caught the world’s ears with humpback whale songs in the early 1970s. His record of whale sounds — the first to capture the marine mammal’s complex compositions — went on to become a best-seller and ignited a movement to rescue their dwindling populations that continues into the present. Today, Payne’s recordings continue to be crucial to our understanding of whales. In a study released Thursday in Scientific Reports, they reveal a phenomenon that’s been going on for at least 36 years.

In the paper, scientists led by Cornell University postdoctoral fellow Michelle Fournet, Ph.D. report that some humpback whale calls have not changed at all, regardless of time or whale. Comparing Payne’s recordings from the 1970s to recordings taken in the 1990s, 2000s, and 2010s, they discovered that, of the 16 humpback whale call types recorded in Southeast Alaska, 12 calls persisted from 1976 to 2012. Overall, eight call types were present in all four decades of recordings. It’s a remarkable conclusion, considering that whale songs — which are much more understood by scientists — constantly morph. Calls, meanwhile, appear to be perennial.

“When I first listened to his recordings and heard the same call types that I myself had heard floating in a small boat in Southeast, Alaska 36 years later, I felt exhilarated,” says Fournet of Payne’s recordings. “I felt that, as a biologist, I was a part of something bigger than myself both ecologically and culturally.”

The vast array of sounds that humpback whales make can be roughly divided into two types: songs and calls. While scientists already have a pretty good idea of what whale songs are used for, calls are a bit more of a mystery. But as Fournet and her team discovered that humpback whale calls, not songs, remained stable, they had a crucial realization about what whale calls are meant to convey.

The reason whale songs are easier to parse is because they’re sung only by males, change rapidly, are believed to be culturally transmitted, and, importantly, occur extensively on breeding and calving grounds. In other words, it’s very likely their function has to do with reproduction. Songs can last up to 20 minutes, with multiple male whales singing similar songs in the same region. As Fournet says, “it is highly unlikely that songs that were sung a generation ago are still sung today.”

Meanwhile, scientists have only begun to scratch the surface of understanding the function of whale calls, which include any sounds that don’t follow the highly patterned and repetitive structure of a song and aren’t made by breaching or flipper slapping. Unlike songs, calls are produced by males, females, and juveniles, and they’re produced throughout the whale’s migratory range. Thanks to the new research, it’s clear that they persist for generations, suggesting that they’ve been a worthwhile biological investment, though their exact meaning remains elusive.

“It is highly unlikely that songs that were sung a generation ago are still sung today.”

The team has some ideas, though. They hypothesize that one call, onomatopoeically labeled a “whup,” could be a contact call that plays a role in feeding. The purpose of other calls, like “swops” and “droplets,” are unknown.

“That calls persist over generations indicates that they play a vital role in the lives of these animals,” Fournet explains. “This study creates a foundation upon which to investigate how and why humpback whales communicate when they aren’t focused entirely on breeding.”

All animal social systems involve some type of acoustic signaling, but it’s been difficult for scientists to assess the real meaning behind whale sounds simply because the massive mammals live so deep in the ocean. But what little information we have pieced together by recordings like Payne’s and Fournet’s has suggested that, much like humans or African elephants, whales make calls in order to help create and enforce their social structures.

Supporting this hypothesis is the fact that the stability of these calls isn’t unique to this singular humpback whale population in Alaska. Put another way, humpback whales all over the ocean use the same repertoire of calls, so they must be linked to an aspect of whale society that has remained consistent throughout locations and generations.

As humpback whale society, with its tightly knit pods and intense mating seasons, has remained stable over the years, so too has the language that’s kept it together.

“This work lays the foundation for investigating the ‘other side’ of humpback whale communication, which I’m extremely excited about.”