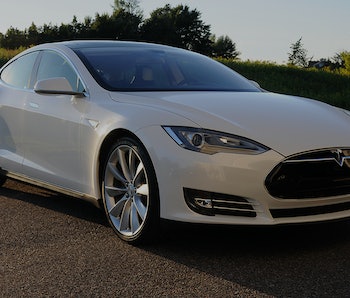 Elon Musk should reconsider his plans to take Tesla private, because the company’s planned autonomous taxi service could boost its share prices tenfold over the next five years. That’s according to Catherine Wood, ARK Invest CEO and Tesla investor, who claimed in a Tuesday open letter that taking the company off the markets now could prove a mistake.

Musk announced plans earlier this month to take Tesla private at a valuation of $420 per stock, a 20 percent premium over the $350 stock price of that day, with investors also having the option to remain investors in a newly-private company. Wood estimates that if Tesla remains public, it will be worth $700 to $4,000 within five years, based on its transformation from a company with 19 percent gross margins to one with around 80 percent margins. This is based on Musk’s 2016 master plan where he explained how autonomous Teslas could join up with a larger network and work as a self-driving Uber-like system.

However, Wood describes this as a “conservative” assumption. The $4,000 figure only covers the taxi service and cars, and does not factor in potential moves into mobility-as-a-service in China, nor profits from utility-scale energy storage or drones and trucks. Tesla announced its $150,000 Semi truck at a November 2017 event, due to hit roads next year, while its energy storage systems recently completed the world’s biggest battery in South Australia and plans several smaller projects for the same state based on its success.

The taxi service central to this valuation forms part of the upcoming autonomous driving feature. Every car manufactured since October 2016 offers what Tesla claims are the necessary cameras and sensors to enable full autonomy, with a computer upgrade set to enable the feature. It costs $3,000 when bought with the car, and costs $5,000 to unlock after purchase. The feature is dependent on also purchasing Enhanced Autopilot, which costs $5,000 at purchase or $6,000 thereafter. Musk explained in May 2018 that with the robo-taxi service, “you can say it’s available to anyone to use it whenever you’re not using it, you can recall it at will, you can limit its use to friends and family.” However, the Free Software Foundation has criticized Tesla for seemingly planning to limit autonomous taxi rides to use with its own network only, removing owners’ choice over how to make money from their self-driving car.

It’s unclear when the network will launch, as the company will face regulatory hurdles before the service goes live. The in-house computer chip to enable full autonomy, however, is set to launch in the next four to six months.

Investors aren’t the only people skeptical of Musk’s plan to go private. One JPMorgan analyst said that the plan “appears much less developed than we had earlier presumed.”

More like this
Innovation
6.24.2022 5:00 AM
Beam-steering radio technology could help autonomous cars finally hit the road
By Sascha Brodsky
Innovation
6.29.2022 6:00 PM
Can cars run on water? The science of a TikTok conspiracy theory, explained
By Andrew Moseman
Innovation
13 hours ago
Robots are ready to get touchy-feely
By Sarah Wells
Related Tags
Share: