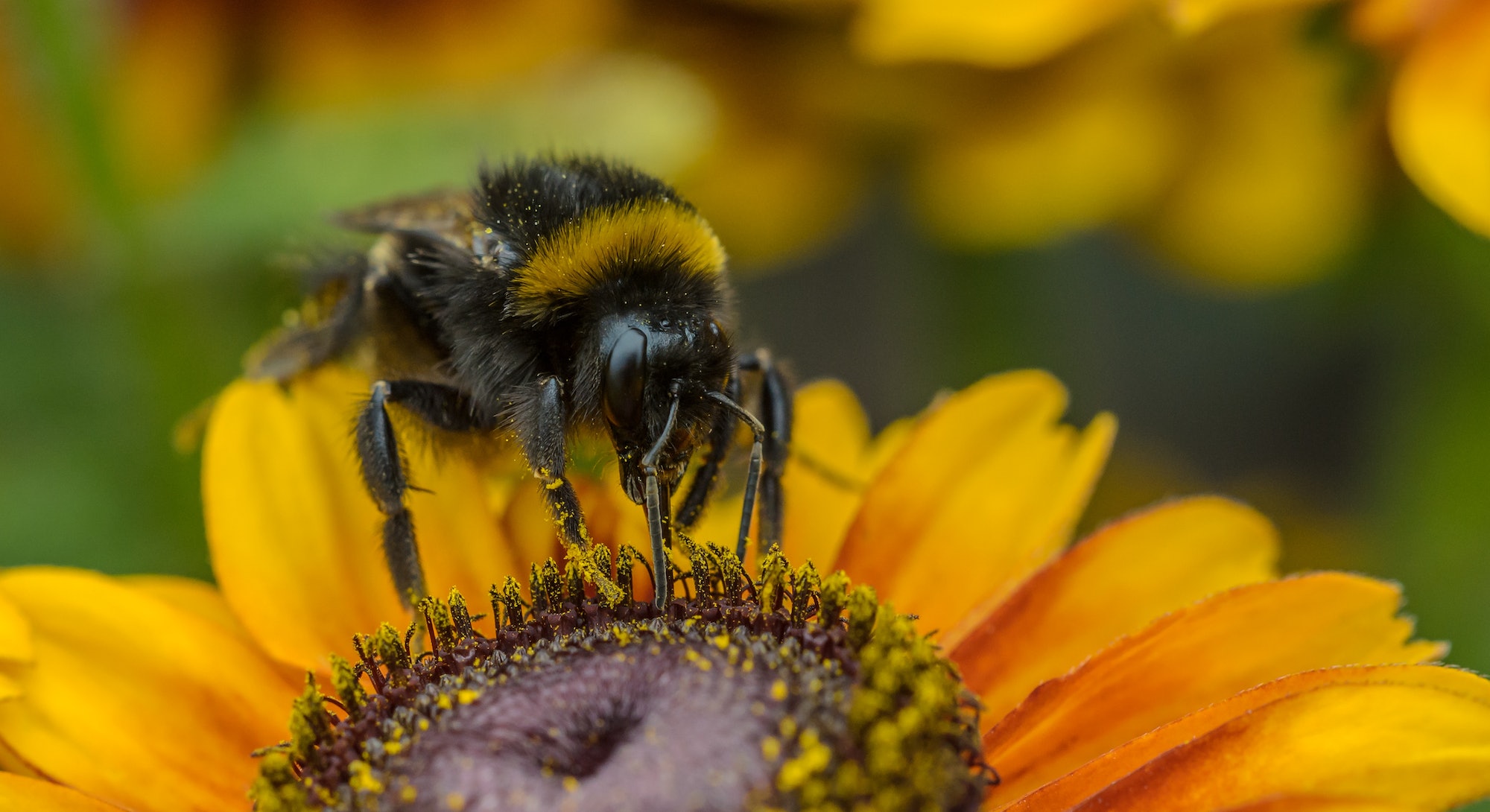 It’s sometimes reported that one in every three bites of food depends on bees. As is often the case when an easy-to-grasp notion spreads, there’s a dose of truth and a dollop of exaggeration.

The stat is based on a 2007 study that found that 35 percent of the world’s food crops depend on animal pollinators of one kind or another to enable pollination and seed production.

While some crop pollination happens naturally, there’s a commercial side to this as well. And that’s where buzzing honey bees enter the picture. They represent by far the most commercialized provider of pollination services, with farmers across the world paying beekeepers to ferry their hives into fields of apples and almonds so that the bees flit from flower to flower, transferring pollen and allowing the fruit and nuts to develop.

My own research has focused on the vital importance of honey bees to California’s almond production, an industry worth $11 billion to California’s economy. And in fact, almonds are also vital to the health of American beekeeping operations.

As the world celebrates Honey Bee Day on August 18, I thought it’d be a good time to explore the economics of beekeeping.

Most of us do not think of honey bees as livestock. We tend to imagine them buzzing around flowers in the wild, minding their own business until we occasionally get in the way of their stingers. However, for the majority of honey bee colonies in the United States, thinking of them as livestock is the best characterization.

Beekeepers, also known as apiarists, utilize the natural population dynamics of honey bee colonies to produce honey and provide pollination services. Beekeepers move their colonies all over the country, tracking forage to cut down on supplemental feeding costs and provide colonies with pest and disease treatments when necessary.

The more than 20,000 beekeepers in the US differ in how they operate, but a typical migratory pattern might go as follows: The beekeeping year begins in January waiting for almonds to bloom in California. Once almond bloom is over, the beekeeper moves colonies up through the Pacific Northwest pollinating apples and other spring-blooming crops. In May, the beekeeper takes the colonies to North Dakota to produce honey from clover, canola, and sunflowers.

As honey production slows in the fall, the beekeeper returns to California to await almond pollination in January, and the cycle begins all over again.

It is difficult to pinpoint how many beekeepers reside in each state due to the migratory nature of beekeeping operations, however most beekeepers have at least one of their home bases in either North Dakota or South Dakota. There is a lot of potential for honey production in these areas, in fact, North Dakota typically produces at least twice as much honey as any other state.

Research has found that the beekeeping industry is dominated by large enterprises that manage, on average, around 4,000 colonies. Such operations control about half of all US bee colonies.

But even as beekeepers move around to keep their bees healthy and happy, winter always takes a toll. Historically, beekeepers have expected around 15 percent of their colonies to die from October to April because of the cold temperatures and lack of winter forage. Loss rates have almost doubled to 28 percent since the early 2000s due to a combination of stress, pests, diseases, and pesticide exposure.

The actual population of honey bee colonies, however, has been little affected. That’s because beekeepers have adjusted their practices by creating more colonies going into the winter months to deal with the high loss rates. Beekeepers can create more colonies by purchasing additional queens from honey bee queen breeders and splitting one colony into two.

This comes with a cost, however, and is making beekeeping less profitable, which could eventually drive many beekeepers out of business.

And more beekeepers closing down would be bad news for the world’s food supply because many crops, including apples, watermelon, cherries, and cucumbers currently rely on commercially raised honey bee colonies for pollination.

California is the world’s biggest supplier of almonds, making up 77 percent of all production in 2017. If you have eaten an almond recently, chances are it came from a tree in California’s Central Valley.

Most varieties of almond trees require cross-pollination — the transfer of pollen from one tree variety to another — to produce any nuts at all. Almond trees are not wind pollinated easily, so for commercial orchards in California, this requires honey bee colonies to efficiently pollinate and produce nuts.

You may be envisioning a single honey bee hive in a beautiful orchard of flowering almond trees. If so, you are partly right, but the scale is hard to fathom.

Roughly 1 million acres of almond trees collectively bloom over a three-week period every February, creating spectacular scenic views but also putting enormous pressure on the farmers to pollinate them quickly. Each almond acre requires roughly two honey bee hives, each of which typically houses one colony of about 20,000 bees. With 2 million hives needed, that’s more than half of the total US hive population.

The Logistics of Pollinating Almond Trees

This is quite the logistical feat, so let’s take a closer look to see how it’s done.

In 2017, beekeepers in North Dakota, Idaho, Florida, and other states shipped 1.7 million colonies to California to pollinate almond trees, or about 64 percent of the total population as of Jan. 1. The bees travel in semi-truck loads of 400 to 500 colonies each.

One reason so many beekeepers make the long trek is because almond pollination fees are especially high. The average price of $171 per hive in 2017 was more than three times the rate for other crops later in the spring.

Now you might be wondering, how does a grower know the orchard is being effectively pollinated once the hives are in place? In other words, how can we tell if the bees are doing their jobs?

As you can imagine, an almond grower might not be very excited about sticking her head into a hive to make sure. Not to mention there are millions of blooms in an acre of almonds. With more than 33 billion bees buzzing about, tracking pollination is relatively difficult.

The way they do this is to hire a third-party inspector to measure “colony strength.” An inspector opens up some of the hives and estimates the number of bees within the hive by pulling out removable frames. The idea is that if a hive has eight frames covered with bees, it has enough strength to properly pollinate the trees in its vicinity.

Be Thankful for Bees — and Their Keepers

It’s hard to overestimate the importance of California almonds to the stability of US beekeepers’ overall health.

If the problems plaguing honey bee colonies continue, or even worsen, this could make it a lot harder to supply enough bees for the February almond blooms, which would mean a sharp loss in beekeeping revenues. This, in turn, makes it harder to buy extra queens needed to keep the overall populations up and deal with bee health issues throughout the year.

It is important for scientists to continue doing research on colony health issues to ensure that the US beekeeping industry can continue to thrive and provide our tables with fruit and vegetables — as well as honey, of course.

But it all comes back to those California almonds. So next time you eat one, be thankful for honey bees and their keepers.

This article was originally published on The Conversation by Brittney Goodrich. Read the original article here.