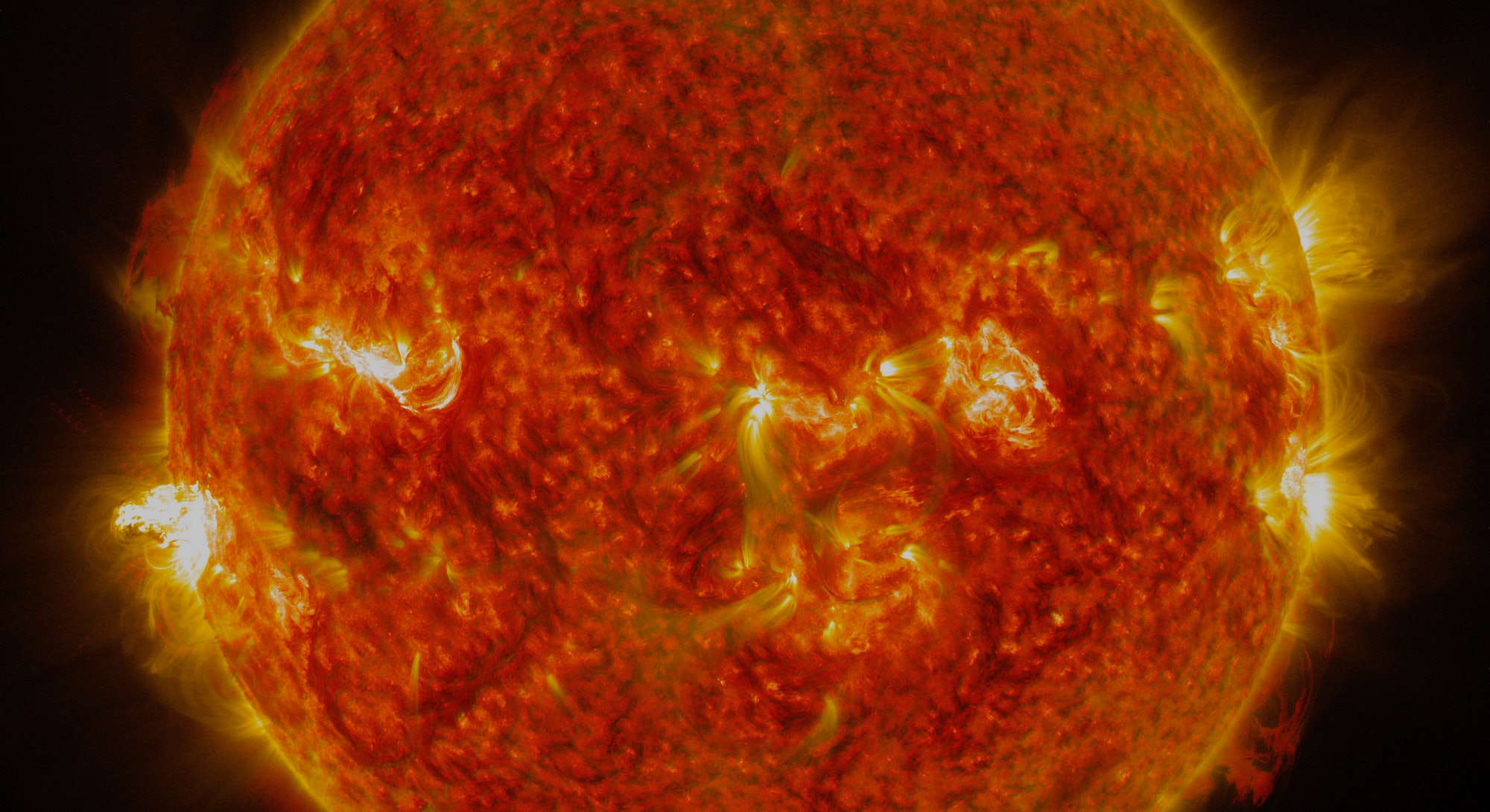 On August 13, NASA made history with the launch of the Parker Solar Probe, humanity’s grand first attempt to touch the sun. But amid all the anticipation and fanfare, a different team of scientists continued work on its own solar mission, nearly halfway across the world from Cape Canaveral. The scientists have been laboring quietly for a decade, in the shadow of their global and regional competitors. Now, they’re ready for their own moment in the sun.

The team is from India, and its mission is launching the Aditya-L1, a satellite designed to study the solar corona, just like the Parker Solar Probe. Set to launch in 2019, Aditya — Sanskrit for “sun” — will be the Indian Space Agency’s (ISRO) second high-profile space mission since it launched its Mars orbiter in 2013.

The Mars mission was meant to send the world a message: India is a force to be reckoned with in the international space race, and not only because of the nation’s advanced space technology. ISRO’s previous lunar and Mars missions were deployed at a fraction of NASA’s enormous cost, and Aditya-L1’s attempt to touch the sun aims to do the same. With Aditya-L1, India seems poised to advance its status among the global science community and, indeed, among private companies seeking a bargain on space exploration technology.

But some argue that Aditya-L1’s race to touch the sun could — and should — be used to achieve another important goal: Giving India a leg up in the political and military sphere. Nearby Russia and China have established their scientific might in the international space race, and, depending on who you ask, have used their technological success to intimidate their slightly smaller (but no less populous) neighbor.

“The solar mission is also, again, a mission that is being driven by the scientific community more than the political community,” Rajeswari Pillai Rajagopalan, the current Head of the Nuclear & Space Policy Initiative at India’s Observer Research Foundation, tells Inverse. “This is an important mission, but there’s a gap I see between the political establishment and the scientific establishment.”

“The solar mission is also, again, a mission that is being driven by the scientific community more than the political community.”

If you were to imagine an Olympic podium of space research, the winners would be very clear, says Cameron Hickert, an expert on China-United States relations and a research assistant at Harvard’s Kennedy School of Foreign Affairs. “Nobody’s really talking about beating the US in the space realm,” he tells Inverse. “That’s why, when we talk about this space race, we’re thinking about the more feasible race that happens on the regional level.”

Few would contest that NASA takes home the global gold when it comes to space. Trailing behind is Russia’s ROSCOSMOS, but there’s a competition for bronze between India and China. If you ask Rajagopalan, who was the former assistant director of India’s National Security Council Secretariat, the reason India is neck and neck with China in the regional space race rather than far beyond it is because ISRO has long prided itself on its ability to cut costs. It wanted to show that it could achieve the same status of scientific inquiry and research without burning through cash at the rate of the United States or Russia.

“ISRO has kind of shown itself as reliable and economically feasible — one of the cheaper options,” she says. “India has shown it is capable of undertaking a large and credible mission, but China is fast coming up in that regard.”

India’s space program operates on roughly one-tenth of the budget of other programs across the world. Frugality, Rajagopalan explains, is not a choice made out of necessity but rather a strategic decision. Less expensive technology will always be more attractive to commercial space programs, which very likely won’t stay loyal to technology from a single country if there’s a safe, scientifically capable bargain to be had.

ISRO is so committed to its mission that it’s insistent on going to space for less money than it costs Americans to make movies about it. In February, the Times of India reported that ISRO’s Chandrayaan-2 lunar mission is on track to cost less than $165 million — less than the budget for the movie Interstellar. The cost of its 2013 Mars orbiter mission was less than $100 million, the budget for Gravity.

According to ISRO budget documents obtained by Inverse, Aditya-L1 will be no exception, if it stays on track. Between 2016 and 2017, ISRO allocated 30 million rupees to Aditya-L1 research — about $428,000. Jitendra Singh, ISRO’s Minister of State, told the Mumbai Times in 2016 that the approved cost for Aditya-L1 is 378.53 crore, or roughly $55 million. In 2005, when NASA launched STEREO, a solar mission involving instruments similar to those on Aditya-L1, it cost $460 million in U.S. investment alone.

“There’s definitely an emphasis on low-cost prototyping,” Hickerson adds. “Where they can basically turn to the world and say, ‘Hey, we can do what they do, but we’ll do it for one-tenth of the cost’.” Economically and scientifically, it’s a wise albeit ambitious goal. But to Rajagopalan, it suggests that India doesn’t have its priorities straight.

Although India has been able to undercut China costwise, Rajagopalan worries that China and India have different space priorities that might leave India vulnerable. “The policy side of things is one aspect that India has not done well,” she says. This is because ISRO, for decades, has focused purely on scientific exploration. For better or for worse, its projects have been led by scientists who are more interested in photographing the solar corona than, for instance, creating anti-satellite missiles.

Letting scientists take the reins has had its benefits. For one, it’s allowed India’s scientific community to grow and conduct research at its own pace. This has led to some notable innovations, like the launch of ISRO’s Mars orbiter, which was such a point of national pride that it’s now pictured on the 2,000-rupee bank note. But the apolitical nature of ISRO’s space program has left India vulnerable, Rajagopalan fears, because China, its main competitor, has no qualms about using space to indicate military might.

Rajagopalan can’t forget January 11, 2007, the date China conducted an anti-satellite missile test that made headlines around the world. Though at the time it was well known that the US and Russia both had anti-satellite technology, China had always been a bit of a wildcard. Its missle test, Rajagopalan says, made ISRO nervously consider reallocating its resources to reframe the space program as an instrument for science as well as a means for national security.

“The Chinese anti-satellite test in 2007 was a wake-up call for India, and it gave rise to a new set of debates within the country,” she says. “Because right now, we have three countries — the US, Russia, and China — so if there is a trend of developing anti-satellite technology, then India will follow so we are not outside the club.”

In 2010, India went as far as to draft a “technology roadmap” to create an anti-satellite program by 2014. This was meant to show that, if it came to a show of arms, they too could stand on the podium with China. But as 2010 came and went, India still hadn’t developed a way to shoot down enemy satellites. The Ministry of Defense drafted another call for ISRO to create anti-satellite technology earlier in 2018, but it seems that, at least for now, the space agency remains dedicated to science and exploration. Though this makes her nervous, Rajagopalan can admit the organization has executed well on its goals in the past, despite setbacks like the delay on its second lunar mission Chandrayaan-2, which was delayed for the second time earlier in August.

“ISRO is one public sector institution that has done India proud,” she says. “It’s one of the rare public sections that has delivered. They’ve delivered on a number of different missions.”

In light of this, India doubled down in its commitment to scientific exploration by promising citizens they would fly to the Sun, right on NASA’s heels.

Aditya-L1 won’t just be carrying the burden of India’s political and military concerns toward the center of our solar system. Along with the hopes of ISRO’s scientists, it will also carry seven payloads of delicate instruments intended to study the solar corona, the part of the sun’s atmosphere that burns nearly 300 times hotter than its core. The data gathered by those gadgets, designed also by ISRO’s engineers, will be key to advancing India’s status among its space-faring peers.

While Aditya-L1 won’t get as close to the corona as NASA’s solar probe — the plan is to hover nearby enough to take good photographs — it has a couple of tricks up its sleeve, too.

“After the very successful Mars mission, Aditya-L1 is our second dedicated mission to astrophysics,” Durgesh Tripathi, Ph.D., the primary investigator for Aditya-L1 and an engineer at India’s Inter-University Center for Astronomy and Astrophysics, tells Inverse. “This is the first solar mission of ISRO. So there are a number of important factors.”

To Tripathi, the crown jewel of Aditya-L1 is its visible emission line coronograph (VELC), a special type of telescope that can take pictures of the magnetic field surrounding the solar corona. The VELC will study the solar corona in detail by taking pictures of it every second for the estimated five years it will hang in orbit.

The photos that NASA’s STEREO spacecraft, launched toward a solar orbit in 2006, has snapped of the corona have been invaluable for research. In July, analysis of those photographs revealed “fine-grained” structures showing that there is actually a physical structure to the sun’s atmosphere — something that scientsits had before only guessed at. ISRO hopes that by taking its own photos of the solar corona on condensed intervals, it may be able to reveal even more levels of detail about what this structure does and how it might impact the solar winds that emerge from this area in the sun’s atmosphere. It could pave the way for future missions — the same way STEREO did for NASA’s Parker Probe.

This scientific value is just part of the value of Aditya-L1, Rajagopalan says. “Every now and then India has felt that they need to do some kind of big light show to demonstrate that we are a capable space player when it comes to writing the rules and regulations.”

That light show, at least for the time being, seems to be Aditya-L1.