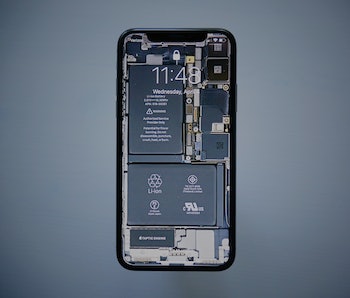 Two tech Goliaths are about to break up. It appears that Apple’s ongoing tension with one of its major chip suppliers, Qualcomm, has reached its breaking point. That’s according to comments made during Qualcomm’s Wednesday earnings call, when the company’s Chief Financial Officer George Davis said Apple’s upcoming iPhone releases will not feature any of the chip manufacturer’s modems.

This announcement did not come as a surprise to analyst Horace Dediu — once called the “king of Apple analysts” by Fortune. Dediu tells Inverse that though this split was a long time coming, it could still potentially affect the network speeds of this fall’s iPhone releases.

“Fundamentally, Apple has been looking to separate from [Qualcomm] for, I believe, five years,” he says. “The risk isn’t on production but on quality. Anything to do with hardware, especially silicon, has a very long lead time.”

Apple and Qualcomm have long been locked in a legal battle regarding royalty disputes and patent infringement. Apple has sued the chip maker in the United States, China, and the United Kingdom, leading to the deterioration of their business relationship.

“Apple intends to solely use our competitor’s modems rather than our modems in its next iPhone release” Qualcomm’s Davis said on the call. Intel is the only other company that supplies that module to Apple, making it likely that iPhones will soon use Intel modems exclusively.

As for the evidence that Qualcomm’s chips are any better, we can look to a July 23 release flexing that its Snapdragon 845 chip was found to have “faster cellular speeds and lower latency” than Intel modems, according to a speed analysis conducted by Ookla.

Dediu said he doesn’t discard the possibility that Apple’s choice to split with Qualcomm could affect upcoming iPhone’s network speeds. However, he also said the benchmark measurements that Qualcomm is touting can vary and that Apple probably won’t release a phone that can’t effectively browse the internet.

“Performance depends on what you choose to measure,” he explains. “I’m sure the two companies’ products have different measurements. Whether these measurement differences matter is another question. I doubt Apple would ship a compromised product but it might be possible to accuse them of doing so.”

It wouldn’t be the first time in recent memory that Apple had shipped a compromised product. It’s no secret that the newly released line of MacBook Pros suffered from severe throttling until a software update rectified the issue. And let us not forget when the iPhone 4 would drop calls when held a certain way.

As Apple ditches its long time supplier, it seems likely that they have had time to prepare for the shift. But consumers will have to wait until fall to see if this breakup will be remembered as another snafu or a new era of iPhones.