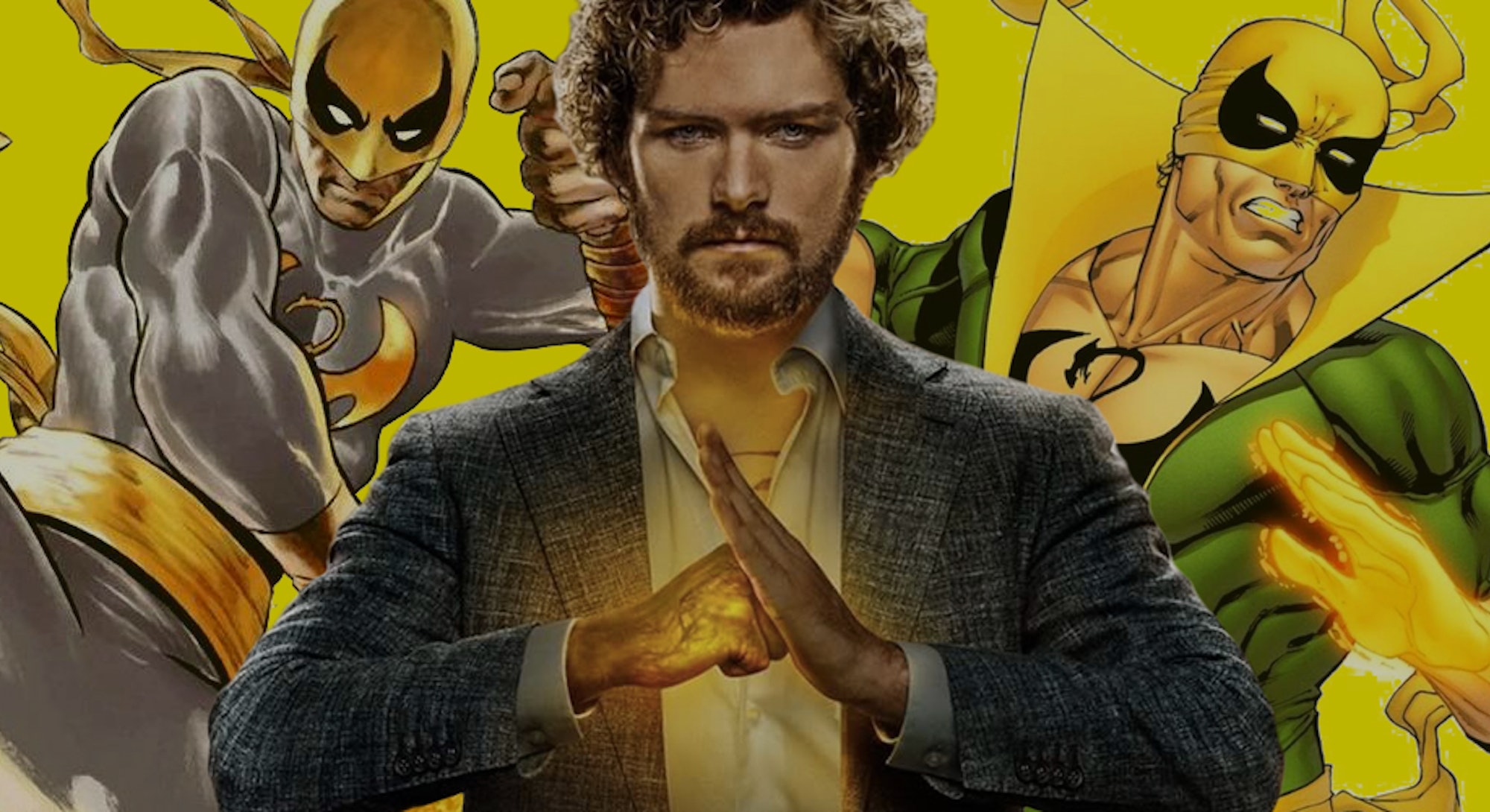 When Marvel executive Jeph Loeb got up in front a Comic-Con crowd last weekend dressed as Daniel from The Karate Kid he earned instant criticism for what many argued was culturally insensitive cosplay. However, this wasn’t the first time Marvel let down its Asian fans. It’s simply the latest stunt in a long run of questionable moments from a company that claims to stand for diversity but peddles in erasure instead.

Iron Fist lies at the center of this problem. Ever since the original comics, it’s represented a missed opportunity to explore race in a way that goes beyond the white perspective. And with the Netflix series, Marvel lost out on out on a rare chance to correct that racist narrative.

Much has already been said about why the Netflix Iron First show is seriously problematic. If you need a quick primer, here’s why: The entire premise of the comic was racist to begin with.

“I think the source material is orientalist,” Nancy Wang Yuen tells Inverse. Yuen is a sociologist and the author of Reel Inequality: Hollywood Actors and Racism, a book about the vast racial disparity in pop culture. “Anything that’s set in Asia or with Asian cultures is treated as an object rather than a subject. Martial arts and yoga — it’s a consumption item rather than an actual culture to be respected.”

Iron Fist certainly fits that narrative. It’s the story of Danny Rand (played by Finn Jones in the Netflix series), the heir of a billion-dollar corporation. As a child, Danny is the sole survivor of a plane crash that kills his parents. He’s taken in by an ancient order of warrior monks based in the mystical city of K’un Lun. Despite being an outsider, Danny inherits the title of Iron Fist, becoming the champion of his adopted city K’un Lun.

This is a pretty common script in Hollywood. The Iron Fist show follows the “Mighty Whitey” narrative demonstrated in films such as Kickboxer, The Last Samurai, The Karate Kid Part II, and The Outsider to a tee, right down to the hamfisted trope of white men wooing Asian women away from the grasp of savage, domineering Asian men.

Because in orientalist stories, it’s not only Asian culture that is up for consumption but Asian people themselves. These tales cast Asian men as either villains or teachers who propel the white hero into greatness, whereas Asian women exist purely to be romantic conquests. Like Eric Sloane, Nathan Algren, Daniel LaRusso, and the other white protagonists who have entered Asia before him, Danny Rand is also given an Asian companion in the form of Colleen Wing.

“Not only has he mastered kung fu, he seduced the Asian woman,” says Yuen.

And Yuen isn’t alone in her assessment of Iron Fist. Eisner-winning writer Marjorie M. Liu made that same observation back in 2016, asserting that Iron Fist is a racist fantasy fueled by wish fulfillment and fetishism.

But the underlying drive to reimagine Iron Fist as an Asian American was never just about seeing more Asian Americans on screen. It was about reclaiming the character.

Roy Thomas, co-creator of the Iron Fist comic, dismissed all criticisms of cultural appropriation when he spoke to Inverse last year, arguing that it’s “just an adventure story” and isn’t degrading to anyone. He cited other Marvel properties such as Black Panther and Luke Cage as proof of the company’s commitment to diversity.

Black Panther and Luke Cage have indeed been great vehicles for black representation in entertainment media, but it took more than adding black characters to make that happen. Both series were created by white men who ultimately relied on stereotypes rather than hiring black writers.

T’Challa is an African monarch gifted with superhuman speed and strength. Luke Cage is an ex-con who was chiefly characterized by rage and his prison chains. See what I’m getting at?

Their white creators had benign intentions but the execution was still clumsy and uncomfortable. That was remedied when black artists were invited to reclaim the franchises. The Black Panther film was directed by Ryan Coogler and featured an all-black cast. The Luke Cage show is led by Cheo Hodari Coker and doesn’t shy away from black issues such as the police brutality that is disproportionately committed against African Americans.

Handing over Black Panther and Luke Cage into the hands of black creators wasn’t just the right thing to do, it was also the most sensible option. Those stories and characters have become richer, injected with perspectives we have rarely encountered in history because creators of color are given so few opportunities to tell our own stories.

Marvel’s appropriation of Asian martial arts is a particular sore point, not only because of Iron Fist, but also because of another Netflix/Marvel show, Daredevil. The good ninjas on Daredevil, like Matt Murdock and Stick, are white. The bad ninjas, like Elektra and nearly everyone in the Hand, are Asian. Again, Asian culture is up for consumption, and Asian people only exist to push along the white hero’s journey.

Yuen says this tendency to appropriate Asian culture while simultaneously casting Asian as villains is rooted in age-old concepts of xenophobia.

“Certainly for Hollywood, this kind of stuff has been around since Fu Manchu with the Yellow Peril,” Yuen says. “What’s ironic is even back then, whites were Asian. Yellowface is very much a part of Hollywood history, and Hollywood likes to reproduce what has worked in the past.”

Defenders of Iron Fist’s casting have claimed that Danny’s whiteness is essential to the narrative to set him apart as an outsider, but in truth, Danny’s identity crisis is actually the Asian American experience dumped awkwardly upon a white character.

To be Asian American is to be a child of two worlds and orphans of both, a perpetual foreigner. This poisonous belief that Asians cannot be true Americans has resulted in 120,000 citizens being incarcerated in concentration camps and mass lynchings.

A white Danny Rand is an outsider in K’un Lun until he returns to New York City where he is the white heir to a multinational corporation. But an Asian American Danny Rand would have always been a stranger with no place to rest his head. He would have truly been an outsider no matter where he went.

Actor and martial artist Lewis Tan originally pursued the title role for Iron Fist. On paper, Tan was the ideal choice to play the role of a martial arts master and an outsider. Not only is he a highly accomplished martial artist, he’s also biracial. As the son of a Chinese Singaporean stuntman and a British model, he spent his childhood growing up on film sets in Los Angeles, Thailand, France, China, and Spain.

Marvel passed on him, and we can only wonder what it would have been like to see an Iron Fist with a worldly perspective, not to mention an Iron Fist who can actually fight unlike the guy we have now.

Reclaiming Iron Fist with an Asian American would have been a fresh, compelling direction that would have corrected a racist premise while delivering a much better story. Instead, what we got was yet another rehash of a white man going to Asia, doing Asian things, and being crowned as an Asian culture hero.