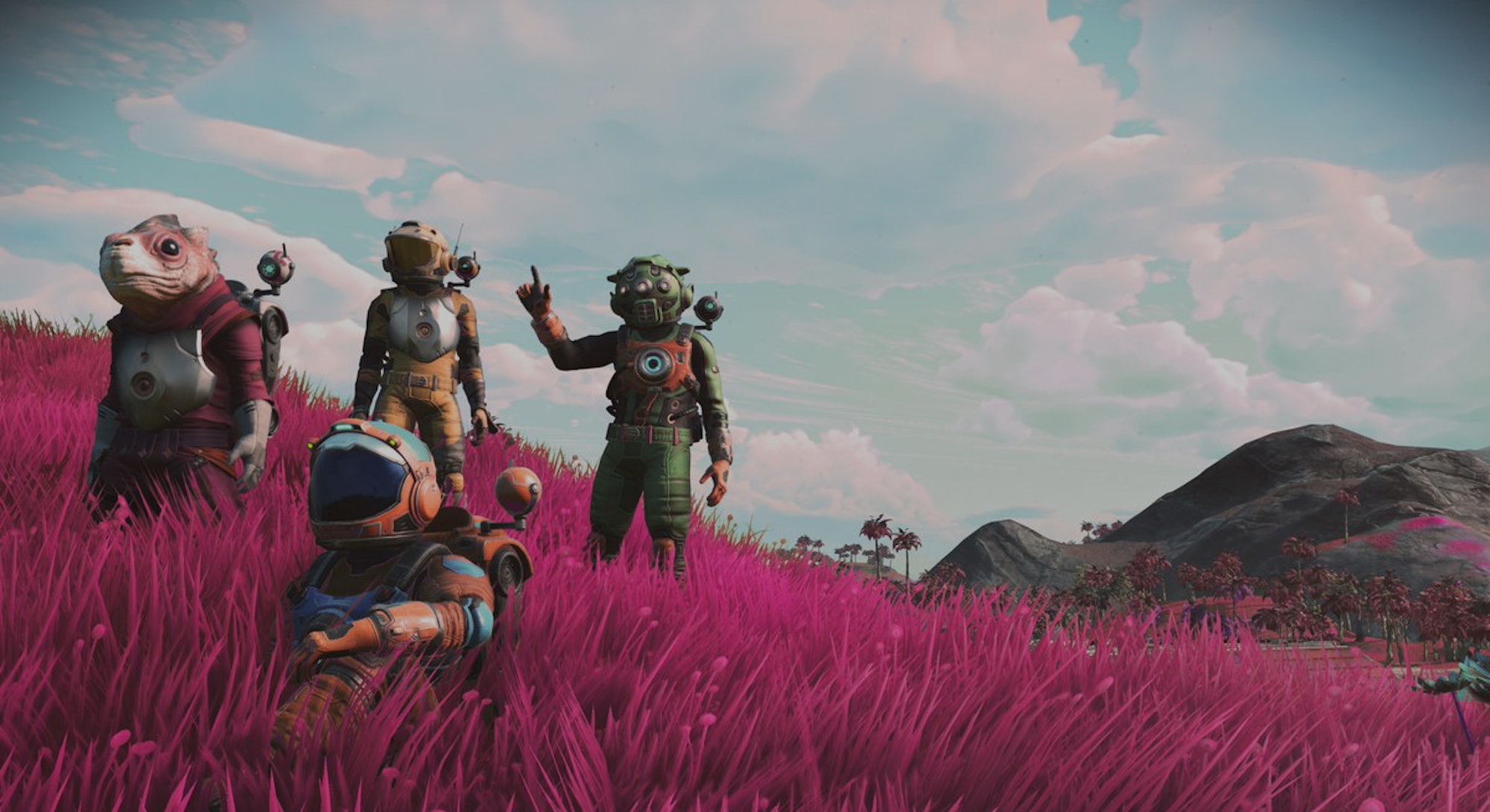 Like everyone else in gaming, I was swept up in the hype surrounding the original release of Hello Games’ No Man’s Sky in 2016. Also like everyone else, I was sorrowfully disappointed when it didn’t live up to the impossible expectations. But with the latest “Next” update, No Man’s Sky finally looks and feels like the game everyone wanted two years ago.

A lot of fans might call this too little too late. That all the hype from Hello Games founder Sean Murray promising infinite possibilities in an infinite universe wasn’t fair. Admittedly, No Man’s Sky should’ve released as a low-key early access game and worked its way to where it is today, but this was long before Fortnite could deliver an incomplete game to consoles and gamers would still obsess over it.

For a day 1 No Man’s Sky player returning to the game, “Next” will look and feel like an entirely different game in the best way possible. I paid $60 for a decent gaming experience in the summer of 2016 that was largely an acquired taste. In the summer of 2018, I got something so much better for free. Who cares if I played hundreds of hours in other game worlds during the interim when I’m rewarded with views like this:

The last two years of No Man’s Sky have included massive updates like “Foundation” in November 2016 that added different game modes, “Pathfinder” in March 2017 that introduced planetary vehicles and other tweaks, and “Atlas Rises” in August 2017 that added missions and limited multiplayer options. All of these updates were essential and improved the game in various ways, but “Next” is the greatest overhaul yet.

The official version 1.5 notes explain how the update “introduces a full multiplayer experience, near-unlimited base building, command of freighter armadas, a graphical overhaul and more.” The capacity to team up with friends instantly is perhaps the most noteworthy and fun addition to the No Man’s Sky experience, especially when you can share huge freighters, go on missions together, and even build planetside bases as a team.

No Man’s Sky is also riffing on a trend in gaming popularized by Fortnite, because Next also off the “first season of weekly content and community events” for the game.

A third-person mode makes for incredible photo ops and an experience that somehow feels that much more accessible, especially when a player’s appearance is fully customizable. These are just the highlights from tweaks and systemic overhauls that number into the hundreds.

I remember when the original No Man’s Sky released in the summer of 2016, mainly because I had just moved into my in-laws’ basement for the summer so my wife and I could save money before moving to New York City. I watched from the front door like an excitable child as the UPS deliveryman walked to the wrong house across the street with a small package from Amazon. I shuffled out and called out to him on a hunch. He laughed at himself and handed it over.

This was in August. I had followed the concerning news regarding release date delays for months, but I still had hope when it came to Hello Games and Sean Murray’s special child.

Like many swept up in the hype, I dove into No Man’s Sky immediately. It was a thrilling challenge surviving the first couple hours. I fondly remember getting lost in a cave and dying over and over on my first planet until I found the exit. I still count the first time I broke atmosphere and flew out into space as one of the greatest and most thrilling gaming experiences of my life.

I played perhaps two-dozen hours of the game out of habit but eventually drifted away to focus more on Overwatch.

Starting a new game all this time later for No Man’s Sky Next was genuinely exciting, and while the opening feels vaguely familiar to the original, everything about the UI feels different.

I awoke nowhere near my ship, which concerned me. Don’t you spawn right next to your ship?

As I mined for materials to fix my scanner, I had to monitor my dwindling life support levels as a temperature hazard blared in my ear. A Sentinel police robot got mad at me for mining too much and began attacking. I desperately destroyed it with my mining laser, almost dying in the process. Before I could even catch my breath more Sentinels came after me. I dove into a giant hole in the ground and hid in a cave system. Atmospheric hazards stabilized in there, which was welcome, but I had to spend several minutes wandering around to find the materials I needed to finally fix my scanner. It pinpointed my ship something like a quarter-mile away.

I had to carefully maneuver up several small ledges to climb back out of the cave, dodging the Sentinels in the process. When I finally reached my ship, I breathed a sigh of relief, safe inside my save point. My ship had also apparently crashed next to a huge freighter. Maybe my character flew his smaller ship out while the freighter went down, trying to save himself, and that’s what caused the amnesia?

These are the kinds of survivalist adventures — and internalized fan fiction — that make the inherent No Man’s Sky experience so exciting. I’m still nowhere near having a ship capable of breaking atmosphere, but that delayed gratification only makes it that much more satisfying.

The planets even feel much more nuanced and realistic. Strange, endless rock formations and weirdly-shaped caves have been replaced by legitimate mountains and clouds on some planets. Features like this sound almost insignificant, but in a gaming experience like No Man’s Sky, they make all the difference.

I have no idea how long I’ll stick with No Man’s Sky this time around, but when I sit down at my PlayStation 4 with spare time to play whatever video game I want, I keep reaching for it. Who knows what I might discover this time around?