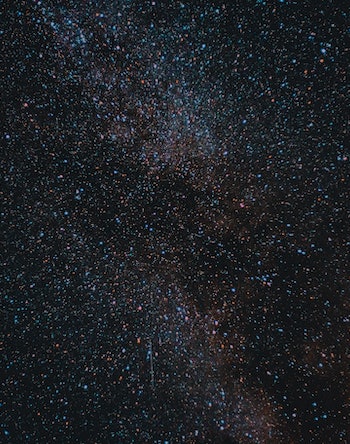 July 23-29, 2018 will see a full moon (the “Full Buck Moon” or “Thunder Moon”); a total lunar eclipse that will see it turned a bloody color; Mars at opposition, wherein the red planet will be near its closest distance from Earth; and finally, the peak of the Delta Aquarid meteor shower.

Such a confluence of dope celestial events calls for the first semi-annual Inverse Dope Space Week.

Be sure to join our private Dope Space Pics Facebook group to share in the stranger wonder of space all year long.

And listen to I Need My Space, the Inverse weekly podcast about the weirdness of space.

You’ll want one of these: The five best stargazing apps for iPhone and Android.

Watch this space for an expanding list of stories throughout the week.

The lunar eclipse will also be a “blood moon.” The eclipse will be completely visible in Eastern Africa, the Middle East, and Central Asia. It can also be partially seen in West Africa, South America, Europe, and Australia.

For people who can’t see the celestial event in person, the Virtual Telescope Project is going to livestream the event, beginning at 2:30 p.m. Eastern on July 27.

Here’s How To Watch The Full Lunar Eclipse in July

No, the Total Lunar Eclipse Won’t Affect Your Horoscope-

3 Ancient and Modern Rituals Tied to the Lunar Eclipse

The moon will be fullest at 4:22 p.m. Eastern but you won’t be able to see it in its glory until after sunset. At that time, the “full buck moon” will make its appearance again. Many Native American tribes named full moons, but most of the monikers in use today were given to us by the Algonquin tribe. The historical territory of the tribe includes much of New England, and as such, they had a lot of contact with America’s early settlers. This early access might be the reason their names stuck around. “The full moon in July also is called the Thunder Moon because of the frequency of thunderstorms during this hot, dry month,” reports NASA.

If You Wanna See Some Epic Space Action, Look Up on July 27

Mars will be more visible from Earth than normal, when it will be in opposition to Earth, meaning it Mars and the Sun are on opposite sides of Earth. Mars will be brighter in the sky than it has been in 15 years, since 2003. For some historical context, the last time Mars was this bright, “In Da Club” by 50 Cent was the top song and The Lord of the Rings: The Return of the King was the top-grossing movie. Mars will actually be closest to Earth in its orbit around the sun at 3:50 a.m. Eastern on Tuesday, July 31.

How to See Mars at Its Brightest Since 2003 in July

A Step-by-Step Guide for Photographing Mars at Opposition

[Scientists Find Evidence of Liquid Water Below the Surface of Mars(https://www.inverse.com/article/47402-mars-express-finds-water-on-mars)

This meteor shower peaks on the nights of July 27 and 28 this year, with activity continuing through August 23. It gets its name because it appears the meteors originate or radiate from the Aquarius constellation. The third-brightest star in that constellation is called Delta. The Aquarid designation is meant to give viewers a point of reference to find the event, a space address. The Delta signifier marks this event as different from other showers that occur earlier in the year, like the Eta Aquarid shower in May.

If you are north of the equator and, to you, one meteor shower is the same as the next, you may want to hold out staying up past your bedtime until the Perseids. This shower overlaps the Delta Aquarids towards the end of July and has its peak in mid-August, just a couple weeks after the Delta Aquarids.

If seeing these particular celestial fireworks is on your bucket list, this year, it’ll be harder to so in the north. At the time of peak activity, the constellation Aquarius will be below the horizon and out of view for those of us above the tropics. This doesn’t mean you can’t see any of the fireworks, it’s just they’re harder to spot and won’t be as impressive. Estimates say there’ll probably be no more than 10-20 meteors per hour at the peak.

If you love space, listen to I Need My Space, our funny, smart podcast that’s available anywhere you like: