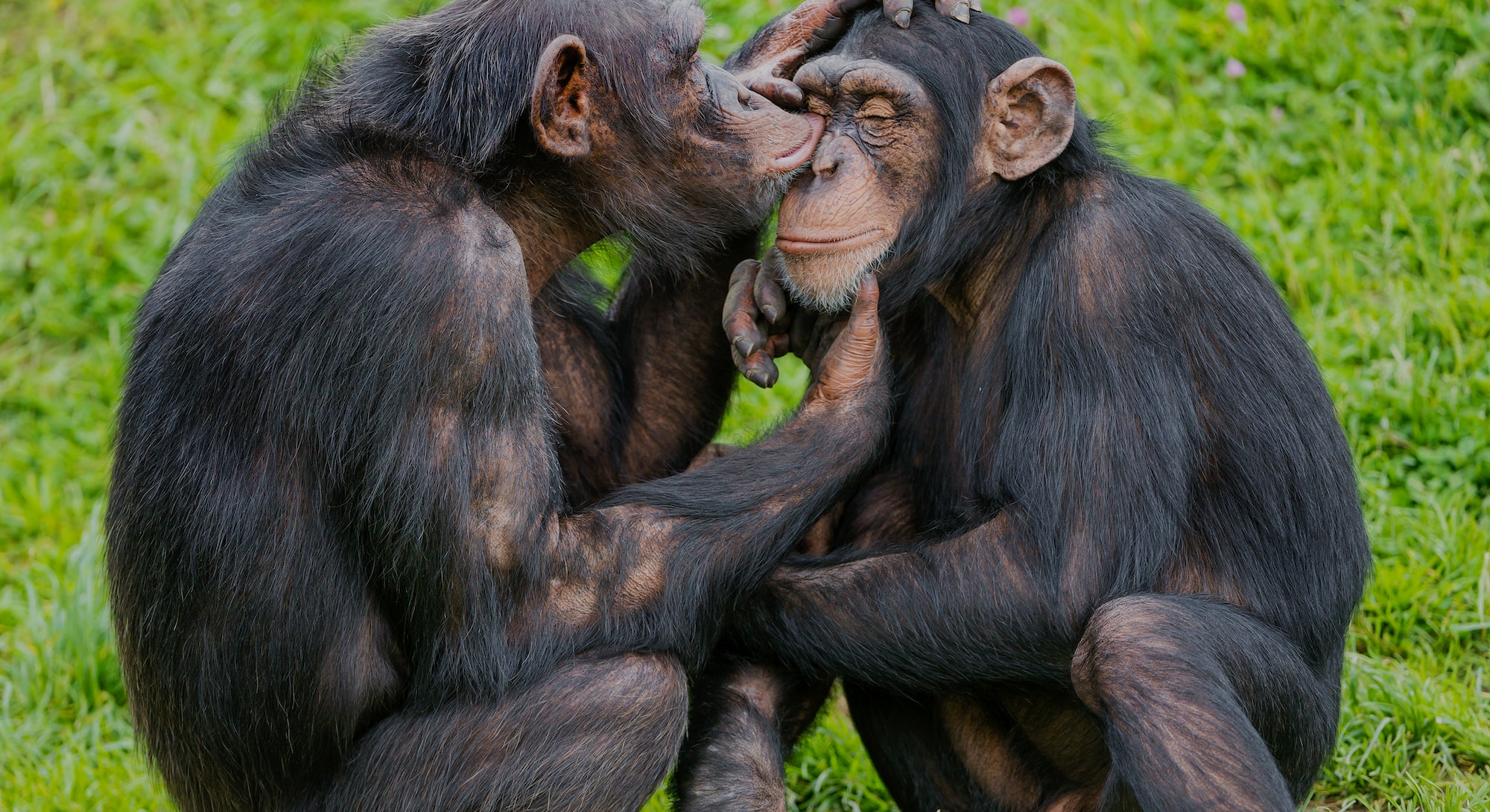 Socializing is hard work, no matter what species you are. Just like humans, primates have to navigate complicated social networks that include friends, lovers, potential lovers, family, and enemies. As any successful socialite will tell you, maintaining those relationships means remembering where you stand with all those individuals — and acting accordingly. It was always clear that primates had some ability to do that, but as a new study in Royal Society Open Science shows, they can be as socially agile as the suavest human diplomats.

Taï National Park in Côte d’Ivoire is the lush, 1,274-square-mile rainforest that provided the backdrop for the study, led by primatologist and Ph.D. candidate Alexander Mielke from the Max Planck Institute for Evolutionary Anthropology. The verdant park is home to communities of chimpanzees and smaller, funny-haired monkeys called sooty mangabeys that Mielke and his team observed during an important primate socializing ritual: choosing a grooming partner.

Getting your fur picked clean of bugs and tangles requires hard work but builds an intimate relationship, so the best partners are those who’ll boost your cleanliness as well as your social status. But as anyone who’s attended a networking event or cocktail party knows, picking the right individual to hang out with requires a level of social finesse that’s difficult to master. And yet, Mielke tells Inverse, chimps and mangabeys manage do it all the time, suggesting the cognitive processes underlying those behaviors are shared across our family tree.

“What we see in the mangabeys and chimpanzees is much closer to how humans really decide to work together with others,” he says.

The central question Mielke’s team asked about the chimps and mangabeys is the same one we ask ourselves every time we’re forced to cooperate with someone else to achieve a goal: How do I pick the right partner? For example, if you have to choose a collaborator among your co-workers for a presentation, whether they can do the job or not is only one of many factors you’ll consider.

“How likely is it that we can solve the task together?” asks Mielke. “Has this person helped me in the past? What can I get from helping this person but not another? Does this person have a reputation for helping others? Who is watching? All of these things affect how generous we are, and whom we choose to work with.” The chimps and the mangabeys in the study, given groups of 15-20 individuals to choose their grooming partners from, seemed to work through a similar mental checklist, suggesting that they are able to keep track of the “relative value” of each potential partner.

If it all seems a bit Machiavellian, that’s because it kind of is: With so much time spent foraging, chimps and mangabeys only have a limited time to socialize, so when they do, they’ve got to make sure it pays off.

It was immediately clear the primates knew what their neighbors had to offer. The most popular grooming partners among both species and both sexes were young mothers, who have one highly coveted asset: a baby. “[We] knew that some monkey species have this obsession with getting access to babies, but nobody had shown it for chimpanzees,” says Mielke. The primates also took social status into account, differentiating between rank among the individuals in the vicinity and rank in the community overall. And, just like humans, they often picked their friends.

But, amazingly, the chimps and mangabeys showed the ability to modify their choices, depending on who else was around.

“[The] impact of the bystanders on partner choice surprised us, especially for the mangabeys,” says Mielke. Even if an animal had a shot at becoming grooming partners with the coolest, highest-ranking individual in the group, they would sometimes decline in favor of another individual if they or the cool individual had a friend in the audience.

Friends are friends because they want to hang out with you, but this is not ideal when you’re trying to have quality time with someone else. The reason the chimps and mangabeys would avoid pairing up with a high-status partner when their other friends were around, Mielke explains, is because they didn’t want their grooming sessions to be cut short by eager pals who wanted some quality time. This not only suggests that the animals kept track of their own friends but also the friends of other individuals — which is hard for us to do, even with the help of Facebook, says Stuart Watson, Ph.D., a primatologist not linked to this study.

“In particular, the finding that both monkeys and chimpanzees choose their grooming partners based not only on who they are but who is watching is really cool,” he tells Inverse, “because it shows that primates are capable of keeping track not only of their own relationships but also the network of between every other member of the group!”

For the wild chimps and mangabeys, maintaining and building a strong social network is key to survival. Having friendships and alliances means having support during a fight, help foraging for food, and company during lonely moments. That the animals deliberately choose their grooming partners strategically to ensure those connections underscores the importance of social networks in all primates, including humans.

By recognizing the flexibility inherent in primate cooperation, says Mielke, “we can actually gain some valuable insights into the cognition involved in decision-making, and into what shapes choice in human cooperation.”

While it can be uncomfortable to think about, many of our own social interactions are motivated by utility. That’s not to discount the authenticity of human relationships; rather, it shows that humans are evolutionarily well equipped to form and maintain complicated ones.

“Importantly, these findings show that many of the cognitive tools required to traverse the sort of complex networks of social relationships recognizable in human societies is likely to predate humanity itself,” says Watson. Like the chimps and sooty mangabeys, we have to be strategic about how we interact with others because it’s part of survival.

“Anyone who has been to a networking event will recognize some of the behavior patterns described by these researchers,” he says.

“Everyone wants to schmooze the highest-profile person, but not while their friends are around them or else you won’t get a word in, so maybe you approach them in the drinks line. At academic conferences, observing packs of grad students pursuing a thirsty professor that has broken off from the herd is a majestic sight.”