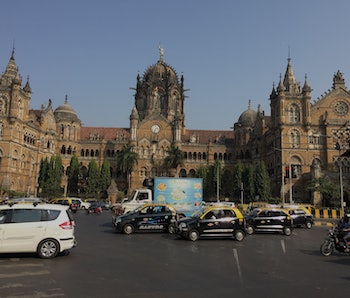 The battle for net neutrality in the US seemed to envelop the internet this year with its ferocity. But while net neutrality was finally repealed in the US just a month ago when Congress failed to act on the FCC’s “Restoring Internet Freedom” order, India’s government has banned any and all forms of data discrimination.

As a blanket statement, net neutrality is the principle, guarded by law in many countries, that internet service providers cannot block, throttle, or otherwise control internet traffic based on its type. India’s rules, proposed last November, were encouraged by an activist campaign similar to the one in the US — except, of course, that it was successful.

What Are India’s Net Neutrality Laws?

The Telecom Regulatory Authority of India published the framework for India’s net neutrality protections last year as a formal recommendation. The rules prevent “any form of discrimination or interference” with data, including “blocking, degrading, slowing down, or granting preferential speeds or treatment to any content.” There are a handful of safety exceptions, like autonomous vehicles and remote surgery operations, but any internal service providers that violate the ruling can have their licenses to operate revoked.

Two-thirds of the Indian population doesn’t have access to the internet. That’s 800 million people. There are efforts to change those figures, with cheaper, more accessible smartphones and cheaper mobile data plans. Thanks to that emerging market in the world’s second-largest country, there are plenty of investors rushing in to take advantage. That’s one of the reasons activists promote net neutrality: it’s a built-in safeguard for Indians transitioning to the online world.

The BBC calls India’s net neutrality ruling “the world’s most progressive policy on equal internet access for all.” Currently, fake news is a huge, and sometimes even fatal, problem in India, where rumors can spread quickly without evidence over platforms like WhatsApp. The government has had to temporarily shut down the internet in some cities to quiet rioters.

Is India More Progressive Than the US?

India has already had to defend its net neutrality rules against US social media giant Facebook. In 2015, Facebook planned to provide free internet to hundreds of millions of Indian citizens, but it would have only included certain apps like Wikipedia, Accuweather, and Facebook itself. The “Free Basics” program was blocked due to net neutrality violations.

Part of the activist push for India’s net neutrality rules has been the fear that American tech companies would overpower local start-ups with zero rating programs, designed to allow internet service providers to exclude certain apps from data caps. In the US, the Federal Communications Caucus promptly steamrolled the free internet movement, and while some states have fought back, huge corporations like Verizon, AT&T, and T-Mobile now have the freedom to block, throttle, and prioritize. It’s left some activists to wonder whether India will become a hotspot for virtual private networks that internet users in other, more repressive countries, can utilize.

It’s hard to consider the US as authoritarian when it comes to the internet, but the protections of net neutrality are paramount to online freedom. Regardless of India’s politics, or the percentage of its population that accesses the internet regularly, for those who do, the net neutrality protections afforded to them are undeniably more progressive than those in the US.

More like this
Innovation
8.15.2022 8:30 PM
This high-tech camera may help protect our identities — here's how it works
By Molly Glick
Culture
8.10.2022 11:30 AM
10 years ago, Jeremy Renner ruined the best spy-thriller franchise of the century
By Adrian Manuel
Culture
8.9.2022 10:00 AM
The Sandman: 11 characters pulled from DC comics history
By Robin Bea
Related Tags
Share: