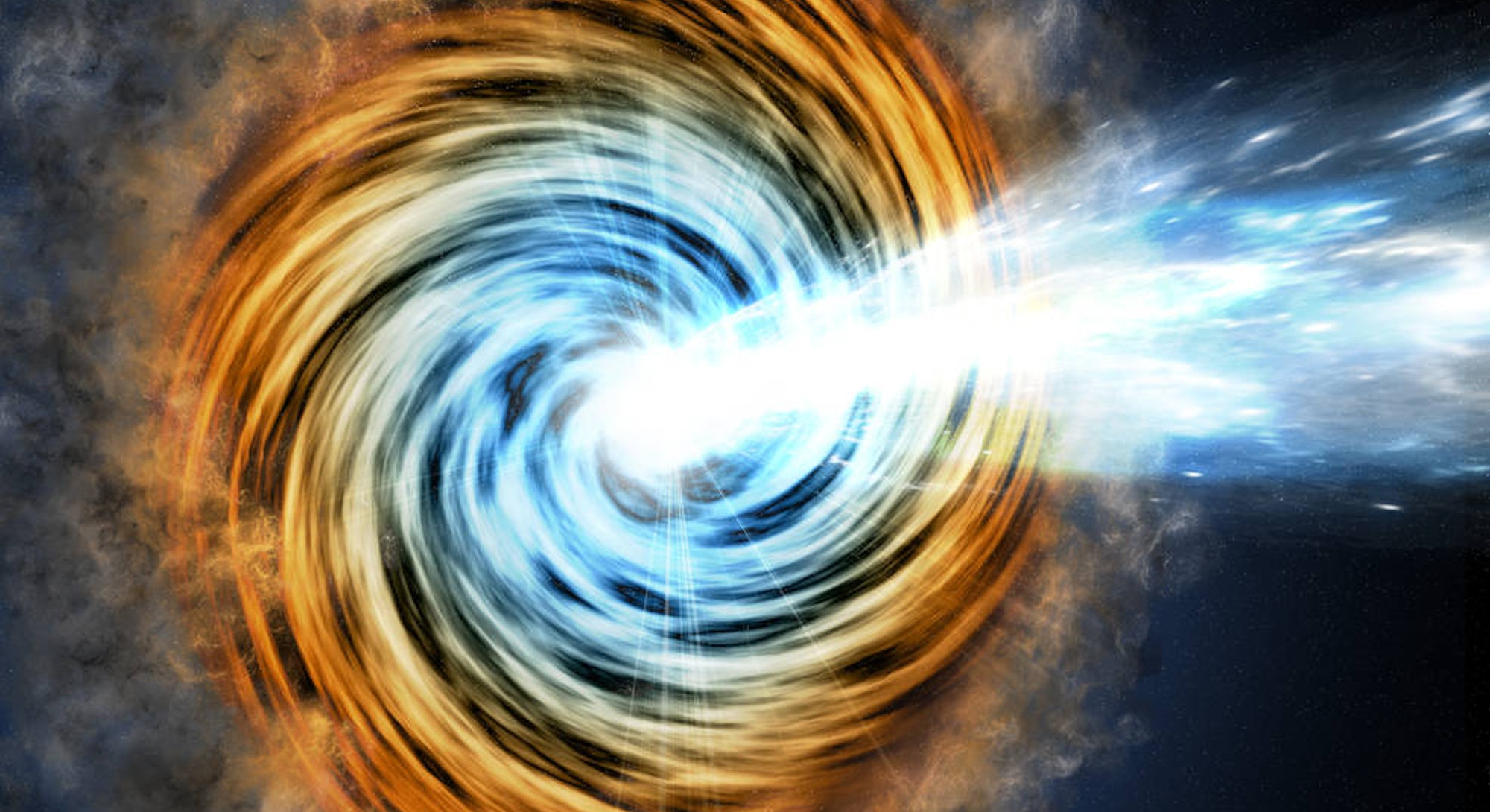 Claudio Kopper didn’t think there was anything to see in that part of the sky, but he was wrong. What he and other scientists around the world soon observed on Earth and in space marked the beginning of a new age of astrophysics — one in which a long-elusive “ghost particle,” or high-energy neutrino, can finally be traced back to its mysterious origins.

Optical detectors at the IceCube Neutrino Observatory in Antarctica picked up evidence of a high-energy neutrino in September 2017, prompting the project’s computers to begin calculating where in the universe the particle may have come from. Neutrinos are tiny subatomic particles with so little mass they barely interact with anything in space, making it incredibly difficult for physicists like the University of Alberta’s Kopper, an assistant professor of physics, and his hundreds of collaborators to study them and trace their origins.

With the new data, which are described Thursday in a groundbreaking pair of Science papers, IceCube collaborators alerted other laboratories around the world to gaze at that part of the sky and figure out what emitted the neutrino.

Against all odds, they succeeded.

The team had sent out these alerts before, and Kopper didn’t think this one would be special. “How wrong I was,” Kopper tells Inverse.

Estimates showed the neutrino was flung toward Earth off the shoulder of the constellation Orion, and when Kopper returned to work the next morning, he saw that astronomers at the Fermi Large Area Telescope had indeed identified a source of gamma radiation in that part of the sky. Soon after, astronomers at the Major Atmospheric Gamma Imaging Cherenkov (MAGIC) Telescope confirmed a bright emission of light in that part of space at the time in question. And so, the hunt for the neutrino’s source began.

Together, these papers support the idea that blazars are a source of the cosmic rays that create the evasive ghost particles. Neutrinos are produced when the high-energy protons and atomic nuclei in cosmic rays smash together, so where there are neutrinos, there are cosmic rays.

In the new papers, the scientists announced their findings: The neutrino most likely came from a flaring blazar, an astronomical object considered to be one of the most energetic bodies in the universe. A blazar is a supermassive black hole situated at the center of a galaxy, whose powerful jet blasts light and radiation toward Earth from across all that space.

The blazar in question, TXS 0506+056, is about 4 billion light-years away from Earth, and in the pair of Science papers, over 100 scientists present evidence that this coincidence — the neutrino detection and the blazar flare — are most likely connected. In one paper, an international team shows that there’s a very low probability that the coincidence of the neutrino detected on Earth and the blazar flare observed in outer space did not occur by random chance. In the other paper, scientists from the IceCube Collaboration confirm that high-energy neutrons came from the direction of blazar TXS 0506+056 between September 2014 and March 2015.

Prior to this discovery, scientists knew that cosmic rays came from our sun and from supernovae, but now they know the most energetic ones originate in blazars.

While the discovery of the neutrino’s source is an astounding find, what’s even more important is the near-unprecedented method used to discover it, which will usher in a new age of physics. For only the second time in history, the scientists used both light and radiation to understand an astronomical phenomenon. The only other time “multimessenger observation” had ever been used was when scientists used light and gravitational waves to detect a neutron star collision.

To detect all those signals, scientists need seriously heavy-duty equipment. “It can be hard to even imagine how big the detector is,” says Kopper. The IceCube Observatory detector, situated at the Amundsen-Scott South Pole Station in Antarctica, lies entirely below the surface of the ice. It includes 86 vertical strings that reach over 8,000 feet below the surface of the Antarctic ice, spread out over a cubic kilometer of ice. Each string has 60 optical detectors on it, so as a neutrino passes undisturbed through the ice and the Earth, the observatory’s array can detect which direction the particle is moving. But even with this massive sensor array, the observatory can only detect about 10 astrophysical neutrinos each year.

“Painting a picture of the entire sky at a pace of ten dots per year is hard, so we rely on the multimessenger technique, using other telescopes to see what else is going on in the sky at the position where a neutrino is detected,” Marcos Santander, an assistant professor of physics and astronomy at the Universty of Alabama and one of the collaborators on the discovery, tells Inverse. This use of multimessenger observation is the bigger, perhaps more important context of the blazar discovery.

“It was not only IceCube but so many more people across so many other experiments and observatories that needed to come together to make this happen,” says Kopper of the collaboration that allowed scientists to make this discovery.

The IceCube Neutrino Observatory is almost entirely under the Antarctic ice, consisting of over 5,000 detectors that lie between 1.5 and 2.5 kilometers below the surface.

As astrophysicists begin to use all the available signals sent our way by astronomical phenomena, they’ll be able to piece together mysteries about the universe that had puzzled their predecessors for decades. For instance, even though scientists have known about cosmic rays for a century, multimessenger observation helped them identify a likely source for the most energetic ones. But this is much more of a starting point than a final result.

“Now that we have the first source candidate we need to know what makes it special and how the acceleration actually happens,” says Santander.

“We want to also be able to do neutrino astronomy, finding many sources that we can study and comparing their emission to what we see in electromagnetic waves. This is really just the beginning.”