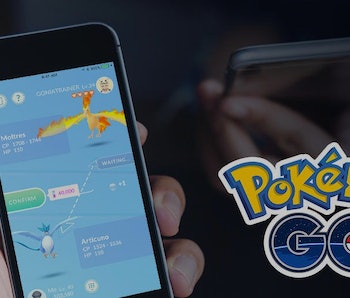 Almost two years since its release, trading Pokémon is now available in Pokémon GO. A new update to the game will add some highly-desirable features for players, but don’t get too excited as it’s not cheap to set up a trade.

Niantic first announced the new friends and trading features for Pokémon GO on Monday. Trades were made available to high-level players on Thursday but then opened to everyone over level 10 on Friday. Trading Pokémon, however, is not that simple, especially if two players want to trade a rare Pokémon.

To start, players need to be friends in the game. This requires a friend code that every Pokémon GO trainer now has. Having the code is just one part of being friends. The second part is being nearby. Yes, Niantic, as of now, wants players to be in close proximity to one another in order to be friends.

Now that two trainers are friends, they can trade with one another, but there’s a price. Like everything else in Pokémon GO, Stardust is required to complete a trade. For example, if two people become friends and try to trade the newly-released Legendary Pokémon, Regice, that trade will cost 1,000,000 Stardust. Not only because of the rarity of the Pokémon, but also because the two random strangers are only the basic level of friends. To make trading cheaper, players need to raise their friend levels.

There are five Friendship Levels: Friend, Good friend, Great friend, Ultra friend, and Best friend. To raise these levels, players will need to send their friends gifts, compete in Gym Battle or Raids together, or simply be friends for a certain amount of time. Participating in battle together is the fastest way to increase a Friendship Level between two players while simply waiting can also raise the levels, but it takes 90 days to reach Best friend level. The higher the Friendship level, the higher a damage boost the two receive during battles, more Premier balls when raiding, and the bigger a discount when trading. Going back to the original example, trading Regice between two trainers at the Best friends level will only cost 40,000 Stardust.

Although the friends and trading features are available on Pokémon GO, some players are having issues and Niantic is working on it. It could be that so many trainers are jumping on the game that servers are not able to keep up with all the activity. If that’s the case, give it some time and try later.