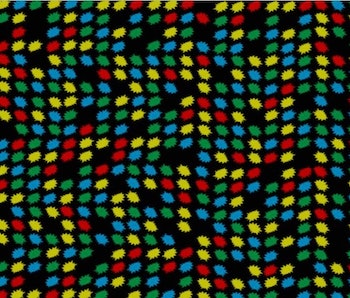 Psychiatric conditions have long been grouped together by their symptoms. Anxiety disorders make one group, clinical depression is a different set, obsessive-compulsive disorder is another, and so on. But a new study from the Broad Institute at Harvard and MIT examining the genetic basis of psychiatric conditions suggests that scientists might have been using the wrong framework all along. At the genetic level, they say, these conditions actually have more overlap than we thought, and knowing this could reshape the way we diagnose and treat them.

The paper’s first author, Broad Institute postdoctoral researcher Verneri Anttila, Ph.D., tells Inverse that the newly discovered overlap is blurring the lines between psychiatric conditions, calling the categories we use to define them into question. “The immediate take-away from this study is that the high degree of genetic correlation among the psychiatric disorders suggests that current clinical categories do not accurately reflect the underlying biology,” Anttila says.

The team tried to shake up the clear categories that have dominated this field — the different psychiatric conditions, as well as neurological conditions (like Alzheimer’s) — by searching for genetic patterns that might shed light on both, using existing data from genome-wide association studies (GWAS) of hundreds of thousands of participants. For psychiatric conditions, they found an unexpected degree of genetic overlap. Some of the psychiatric disorders that had genetic overlap included ADHD, bipolar disorder, major depressive disorder, and schizophrenia; in another group were anorexia nervosa and obsessive-compulsive disorder; and in another were OCD and Tourette syndrome.

“In this study, we expand the number of psychiatric disorders studied considerably, and it is the first one to look at genetic correlations for neurological disorders,” Anttila says. “This is important in terms of both being able to look at brain disorders as a whole for the first time.”

“There are several results that surprised us here. The sparsity of the connections between neurological and psychiatric disorders for one thing,” Anttila says, “and the extent to which neurological disorders appear to be distinct from each other genetically.”

Anttila is adamant that we can learn from the multidisciplinary approach of research like this — In the future, instead of categorizing diseases based off symptoms, genetic similarity of patients might serve as a better organizer. “New heritability-based approaches, like the ones used here, may allow us to improve how the diagnostic criteria are set.”