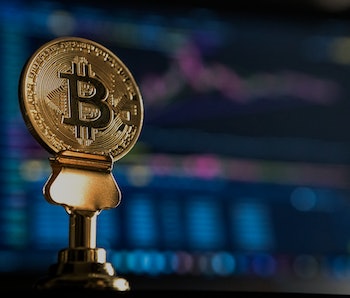 Bitcoin Cash is getting a big upgrade starting May 15. The fourth-largest cryptocurrency will be undergoing a “hard fork” that will quadruple the size of its blocks from eight megabytes to 32 megabytes and reactivate some operation codes that will let the digital currency’s blockchain be used for more than just Bitcoin Cash transactions.

The update has been dubbed Bitcoin Adjustable Blocksize Cap (Bitcoin ABC). It will change the underlying code that Bitcoin Cash is built upon to try and solve some of the major issues standing in the way of broader adoption of blockchain technology, the main one being scalability. Back when bitcoin first launch in 2009, it was only able to process around seven transactions a second. Bitcoin Cash originally forked away from bitcoin in August 2017 to try and make blockchain transactions quicker. Bitcoin ABC is a continuation of that goal and will try to cut transaction times down to 2.5 minutes, compared to bitcoin’s 10-minute block interval. Meaning this is bad.

This update won’t only let more people make more transactions simultaneously, but it will also allow for more types of transactions to be held on the Bitcoin Cash network. Users will be able to archive and track real-world assets, like a deed for a house, stocks, bonds, and even CryptoKitties. These would be stored on the blockchain as “colored coins,” or essentially tokens that can represent all of the aforementioned things.

Colored coins would allow users to store important information using the all of the security benefits of the blockchain. Since Bitcoin Cash’s blocks will become larger, this opens the doors for its network to be used for more than just moving cryptocurrencies. The network could be used to host legally binding contracts or other important documents without the need of a third-party witness.

Bitcoin ABC will put Bitcoin Cash into competition with cryptocurrencies like Ethereum allow users to host more than just money transactions. The block size increase will also be a major step towards solving the scalability problem facing the digital currency sector at the moment.

The increase in transaction speed this hard fork will provide will immediately be felt by avid Bitcoin Cash users. But it will also work towards the widespread adoption of blockchain technology outside of the cryptocurrency-sphere in the long run.