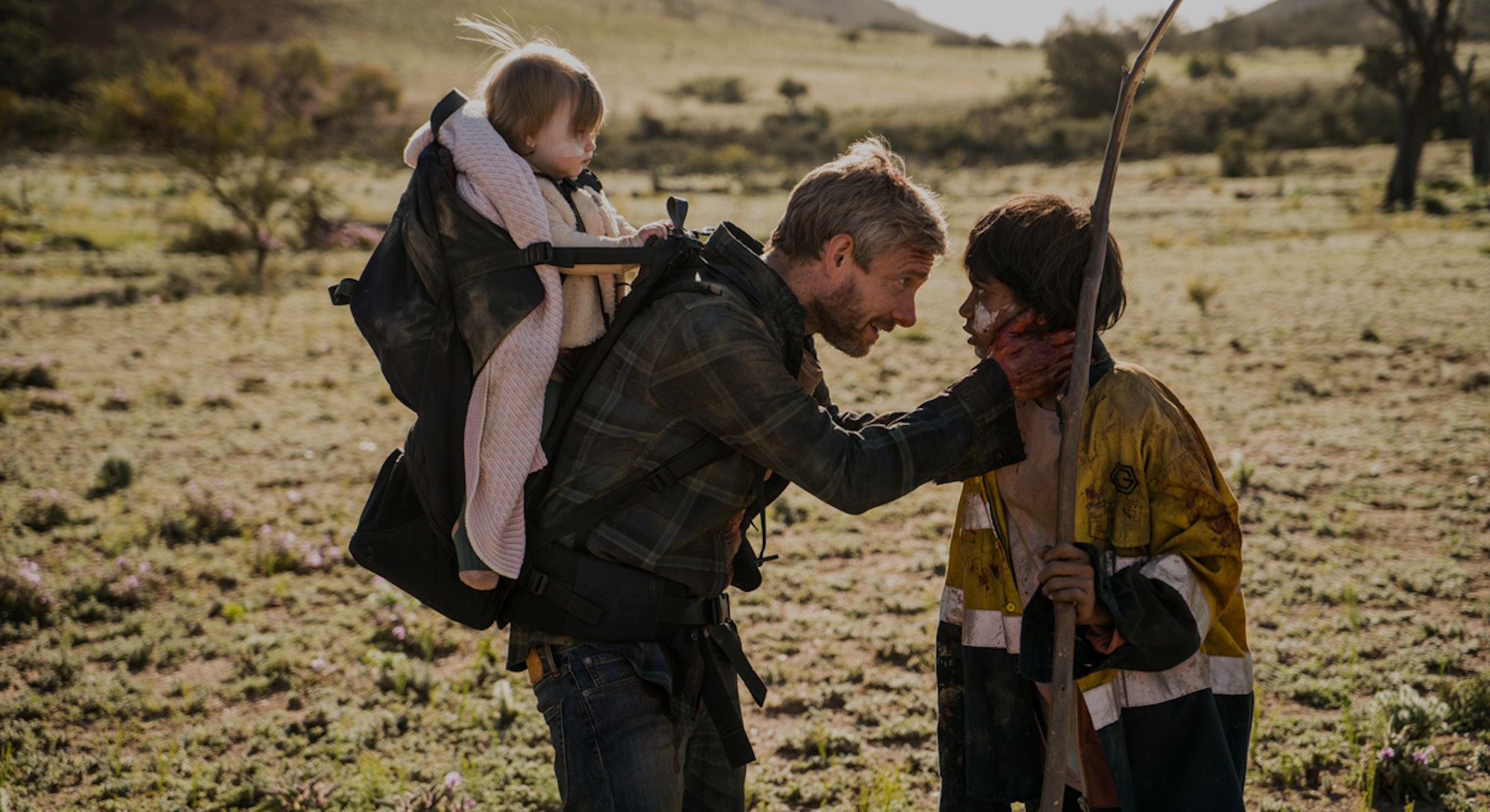 Martin Freeman’s Andy Rose finds himself in an impossible situation with no solution in Netflix’s zombie horror Cargo. After he’s bitten by a zombie in middle-of-nowhere Australia, he has 48 hours to try to save his young baby before he becomes one of the “Virals.” With the infected everywhere, not even the remote Australian wilderness is safe. Survival is never an option for him, and as such, Cargo unfolds as a focused tragedy that presents a striking dichotomy between the gorgeous, natural landscape of southern Australia and the grisly horror inside of it.

No spoilers ahead for Cargo.

Cargo will debut on Netflix on May 18, but it hit the Tribeca Film Festival last week. While there, Inverse caught up with the film’s creators — Yolanda Ramke and Ben Howling — who explained how their idea for the story began with one image: “We wanted to find our own unique take on a zombie story,” Howling said, “and the image of a zombie with a baby on its back was provocative.” After that, Ramke and Howling built an entirely new apocalypse mold, complete with unique zombies.

The film was written by Ramke, and she co-directed it with Howling. Right at the start, the relationship between Andy and his wife, Kay (Susie Porter), quickly establishes Andy as a beta male trying to do his best in a situation that completely overwhelms him. This couple is desperate, and it’s a miracle they’ve survived this long.

Andy’s situation is quite literally hopeless, but Cargo thrives by doing the impossible and finding hope in the apocalypse with a story that’s thoughtful, beautiful, and totally tragic — but still full of hope.

Ramke and Howling told Inverse that they looked to The Walking Dead only glancingly for inspiration and that they wrote the original story when AMC’s hit zombie show was at its peak (circa 2013). Ramke and Howling were far more interested in channeling Train to Busan or even the depressive but gorgeous vibes of Children of Men, but Cargo even resonates with A Quiet Place, a wildly successful horror that also focuses on parents protecting their children at the end of the world.

Refreshingly, Cargo is a zombie story without the over-the-top gore, violence, and impossible weapon skills you see on The Walking Dead. Instead, the horror comes from all the ways Andy can fail. He didn’t even know how to drive a boat before he figured it out — something his wife reminds him of — and he’s improvising his survival at every turn. This is a dramatic and realistic depiction of how the average dad would struggle taking care of a small family in this kind of situation.

Like in this tense scene in which Andy refuels a vehicle while a zombie quietly shuffles up to them.

Andy doesn’t quite bumble his way through the apocalypse, but there’s something refreshing about seeing a man so unsure of himself, especially when The Walking Dead showcases a dozen alpha males jockeying for screen time. Andy messes up along the way, but the earnest love he has for his daughter Rosie comes through in his desperation.

“We found that the universal theme of parental love between father and daughter really carried, so we knew that would be the core,” Howling said. That was always the focus, even when the story was in its infancy.

That concept for Cargo originated during a brainstorming session for a 48-hour film festival, but it didn’t come to fruition until they made Cargo as a 7-minute film for the 2013 Tropfest film festival in Australia. Since then, that version of the story has been watched on YouTube more than 14.2 million times. It’s a similar path taken by David Freyne’s The Cured, which went from viral zombie short to feature.

Many of the same plot beats from the original Cargo remain in the feature-length version, but given the time and space to let the plot unfold more organically, the story becomes an innately compelling drama.

Perhaps the greatest area of expansion between the short and long versions of Cargo was in exploring indigenous Australian cultures, specifically in the character Thoomi (Simone Landers), a young Aboriginal girl who helps Andy on his journey. In the apocalyptic wasteland, Andy plays a kind of father figure to her as well.

Cargo also functions as a thoughtful piece of social commentary. Though it isn’t confirmed, it’s loosely implied that this zombie virus was caused by how poorly humans treat the planet. Was it fossil fuels? Pollution? Global warming? It could be all of these things. Without giving too much away, this new kind of zombie virus feels much more connected to nature in a more organic way than the typical “mutant monkey rabies” type of zombies.

According to Ramke, they wanted to make “as grounded a genre film” as they could. Part of that involved infusing the story with a kind of global perspective. “How do we not make it a fantastical virus?” Ramke said. “What if it came from somewhere more organic?”

But Cargo doesn’t even need a fresh interpretation of the zombie, because the stakes are so high and the characters so relatable that it’s enough to make this the best and most satisfying zombie movie in recent memory.

So what’s the ultimate fate of poor baby Rosie in this bleak world? You’ll have to wait to see it on Netflix in May to find out.

Cargo will be available to stream on Netflix May 18.