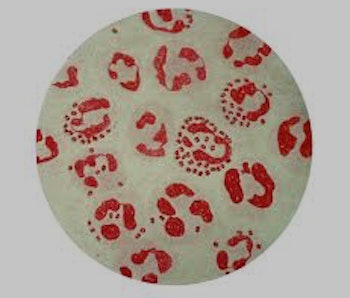 In 2016, the CDC issued a warning: Super gonorrhea is coming. This nasty sexually transmitted infection has become increasingly resistant to treatment, but humans have so far scrambled, and succeeded, to suppress it with more and different antibiotics. Given an ongoing trend of irresponsible antibiotic use, however, it was only a matter of time before the super-bacteria reared its genital-biting head, as officials in London reported on Thursday.

A report from Public Health England confirmed the bad news the BBC had broken on Wednesday: “A multi-drug-resistant isolate of Neisseria gonorrhoeae has been confirmed by the PHE Reference Laboratory as resistant to the current recommended dual first-line therapy.” The STI was confirmed in a heterosexual man in a long-term relationship who had made “sexual contact” with a woman in south-east Asia while on vacation. The strain is considered “super” because it’s resistant to azithromycin and ceftriaxone and other common antibiotics — which is exactly how scientists predicting the emergence of drug-resistant gonorrhea have characterized the super-bacteria for years.

Super-gonorrhea is alarming — but by no means surprising. As far back as 2015, the Chief Medical Officer of England had warned about the re-emergence of super-gonorrhea as a result of “suboptimal treatment.” Whenever doctors prescribe outdated, ineffective antibiotics (ciprofloxacin, for example, hasn’t been recommended since 2005), they make it easy for bacteria to evolve resistance. If antibiotics don’t effectively wipe out an infection in a body, the remaining bacteria are free to multiply; gaining new DNA mutations with every round of division, the bacteria that survive are, by nature, resistant to the antibiotics that were administered.

This sort of microbial resistance is a long-standing issue in industrial-scale animal husbandry that has led some to call for a ban on antibiotics that are used to promote physical growth. The problem in animals, as in humans, is that antibiotics are being used too freely, and as such are creating more and more opportunities for bacteria to evolve into resistant forms.

Developing a new antibiotic might kill this super-gonorrhea, but that won’t stop a new strain from evolving eventually. In the long term, what needs to change is the way we use antibiotics, but doing so will require fine-tuning antibiotic treatment to maximize its effectivity in people who are infected but minimize prescriptions more generally.

Of course, with gonorrhea and other STIs, it helps to avoid getting infected in the first place. Condom use is a simple way to avoid dealing with the antibiotics debacle and all the nasty, biology-revolutionizing side effects that come with it.

More like this
Science
Feb. 5, 2023
The Plague Is Still Here — And It Could Infect Your Cat
By Tara Yarlagadda
Science
Feb. 4, 2023
How The Last of Us Reveals a Deadly Truth About Fungal Infections
By Rebecca A. Drummond and The Conversation
Science
Jan. 29, 2023
Are coyotes dangerous to dogs and cats? Here’s how to keep your pets safe
By Tara Yarlagadda
LEARN SOMETHING NEW EVERY DAY.
Related Tags
Share: