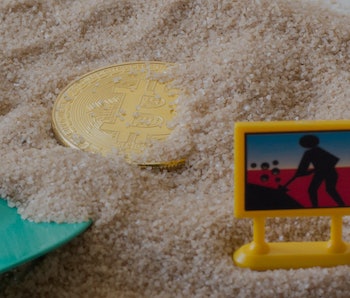 On Tuesday, Apple temporarily removed a calendar app that came with a cryptocurrency mining feature from the Mac App Store. The app, Calendar 2, was found to sap way too much of users’ CPU power, which is in violation of the App Store guidelines.

Qbix, the company behind Calendar 2, allowed users to mine the cryptocurrency Monero for them in exchange for access to premium features on the app. After some serious backlash, Apple pulled the app from its platform, but the company promptly brought it back once Qbix removed the mining aspect.

Calendar 2 was able to rake in about $2,000 worth of Monero in the three days the mining feature was live. That’s pretty significant when you consider the company has made about $700,000 from its apps over the past seven years, according to a statement by Qbix CEO Greg Magarshak emailed to Inverse and other publications.

Alas, this lucrative feature didn’t last very long once complaints about the app started rolling in. A bug in the mining feature kept it running without users’ permission. Web designer Fred Laxton tweeted that Calendar 2 “ate 200 percent CPU until I found it and killed it.”

A long-standing Mac App Store guideline explicitly states that applications should be designed to “use power efficiently.” So as soon as the tech giant caught wind of this, it pulled Calendar 2 from its store.

But Magarshak stated Apple cooperated with his company to get it back up as soon as they removed the Monero mining feature.

“An hour after we said we were going to remove the miner from the app, Apple had removed the app from the Mac App Store. We contacted them and they were very nice and worked with us to expedite this fix,” he said in his statement.

This isn’t exactly like the cryptojacking incidents that affected Tesla and The LA Times, where hackers embedded code into website to steal visitors’ computer power. However this goes to show that even a non-malicious attempt at background crypto mining could cause damage.