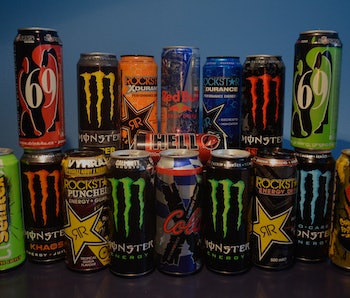 Beginning in March, eight supermarket chains in the United Kingdom will prohibit the sale of energy drinks to anyone under 16 years old.

In recent years, research has shown that energy drink consumption has deleterious effects on young bodies and minds. Particularly for young children, the high levels of caffeine that’s found in energy drinks can cause heart problems, seizures, and in very rare cases, even death.

With more researchers finding evidence of the harmful effects of energy drinks, some grocery stores have finally decided to change the rules. The first chain to adopt the policy is Waitrose supermarket.

“These drinks carry advice stating that they are not recommended for children, so we’re choosing to proactively act on that guidance, particularly given the widespread concerns which have been raised about these drinks when consumed by under 16s,” the company announced in a statement on January 4. Over the past month, seven other businesses, including Sainsbury’s, Tesco, and Aldi have joined the pledge.

Government regulations already require that energy drinks in the UK have a warning label affixed to them. The logic of the grocery store chains is simple: why are we still selling these drinks to children, when we know they shouldn’t have them?

Other than humanitarian instincts, it seems that supermarkets may have also been responding to mounting public pressure on multiple fronts. The National Association of Schoolmasters Union of Women Teachers has lobbied for energy drink restrictions, claiming that students behave badly after consuming too much caffeine. Celebrity chef Jamie Oliver is also a proponent of the regulations, appearing on Good Morning Britain in November of last year to educate about reckless consumption of energy drinks.

Oliver estimates that youth under 16 are responsible for around one-quarter of energy drink sales.

The idea of putting age restrictions on energy drinks isn’t new. In 2014, Lithuania made it illegal to sell energy drinks to minors, and Latvia followed suit in 2016. Regulatory efforts have popped up across the United States over the past decade, from Los Angeles to Kentucky to New York, but no policies have been codified into law.

Oliver, for one, is pleased with the supermarkets’ decision. But he worries that children will find other ways of purchasing the beverages. Ultimately, it’s up to the government to come up with regulations for this campaign to be successful.