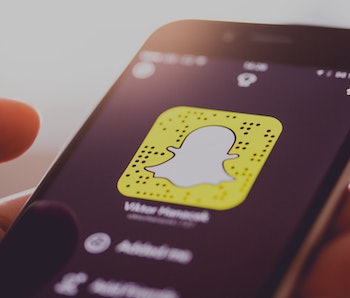 The anti-Snapchat redesign army has grown over a million strong.

The popular social media app recently released a major update to its interface and users across the Internet have been up in arms ever since. A petition on Change.org meant to “help convince Snap Inc. to change the app back to the basics” was started by 17-year-old Australian Nic Rumsey and has garnered more than a million online signatures in just over a month.

“Honestly I never expected it to get this far,” Rumsey tells Inverse. “It was created as a kind of gag to make a few friends shut up, but it’s just gone international and exploded since then. The 1 million mark is a huge milestone for us, as it represents an actual percentage of the total users of Snapchat.”

According to Snapchat’s statistics from its fourth quarter of 2017, the picture and video sharing app had 187 million active users worldwide. While this petition only accounts for 0.5 percent of the app’s user base, it still shows that a significant amount of people are displeased with the changes.

In a November 2017 blog post, Snap Inc. CEO Evan Spiegel wrote that the redesign was meant to separate interaction with friends from branded content, like celebrities or influencers. He went on to say that mixing the two “produced some strange side-effects (like fake news).”

Whatever the intention behind the move was, it has been met with a lot of user frustration. Rumsey’s petition states some users have even attempted to revert their app to an older version.

“There is a general level of annoyance among users and many have decided to use a VPN app or are using other risky apps or steps, to go back to the old Snapchat as that’s how annoying this new update has become,” stated the petition.

The Snapchat Support Twitter advised against this as it could result in users being locked out of their accounts.

Warning users against side-stepping the redesign seems to be all the company is saying in response to people’s outrage. Even after the attention Rumsey’s petition has received, he has not heard a word from Snap Inc.

“I have not heard a single thing,” he said. “I’ve been keeping up to date with every article written to see if any reporters have been able to get a response but Snap seems more than happy to stay quiet.”

Only time will tell if the social media company budges, but in the mean time the popularity of Rumsey’s petition seem to only be growing.

More like this
Innovation
13 hours ago
Horrifying: Robots may have just gained a creepy new skill
By Molly Glick
Innovation
3 hours ago
Scientists have created a mechanical womb that can grow life in the lab
By Miriam Fauzia
Innovation
Sep. 28, 2022
Look: This tiny robot could change medicine forever
By Katie MacBride
Share: