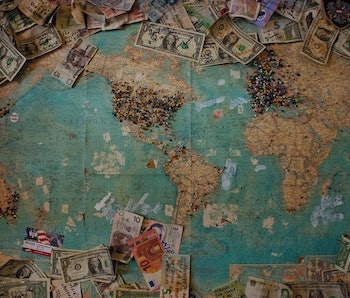 The idea of a basic income given to people to do with whatever they want — “Universal Basic Income,” or UBI, for short — has gained popularity in recent years. An increasing number of economic and technological factors have made the idea more attractive to academic researchers and barstool philosophers alike.

Robots threaten to displace blue collar workers from warehouses, although the counter-argument is that robots help business scale up without firing beating hearts. Meanwhile, artificial intelligence seems to be aggressively replacing white collar jobs in the financial sector. These changes are happening as far-right opponents of globalization point to job-outsourcing as politically motivated.

Given these factors, it might be time for states to consider testing UBI, especially as private entities are doing their own studies, with Y Combinator leading the way.

The knock on UBI is that people receiving it would quit working, living off a government stipend. But research released this week from the University of Chicago Harris School of Public Policy suggests that basic income wouldn’t cause people to quit work altogether. They will take up work part-time jobs instead.

“A key concern with a universal basic income is that it could discourage people from working, but our research shows that the possible reductions in employment seem to be offset by increases in spending that in turn increase the demand for more workers,” says Associate Professor Damon Jones, of the research.

This is the ripple effect that economists think basic income will have on the future economy: The increased cash could create a greater economic spend, which in turn would create a demand for more part-time jobs. While Americans say they live saving more than spending, many still spend, according to this 2017 Gallup report.

In the researchers’ working paper, published Monday in the National Bureau of Economic Research, they looked at the annual cash payment to all Alaska residents, paid for out of the oil-funded, $61-billion Alaska Permanent Fund, which is the closest thing the United States has to basic income. Since 1982, the yearly payments have grown from about $330 in 1984 to about $2,000 in recent years. In other states, fees could fill the fund. In Hawaii, fishing license fees are being considered.

The researchers found that in Alaska, the annual oil investment dividend had no negative effect on employment, and it increased part-time work by 17 percent. The researchers used Census data from 1960 to 1970 to compare employment numbers before the annual payments began, and the results showed that the Alaskan version of basic income was found to “increase the employment-to-population ratio by about 3 percentage points,” which they say reinforces the conclusion that the annual payments to Alaska residents are unlikely to result in more people being unemployed.

“We show suggestive evidence that tradable sectors experience employment reductions, while non-tradable sectors do not,” write the researchers, which essentially means that “non-traceable sectors” like basic income, where the person doesn’t have to pay anything back, don’t result in people quitting their jobs. “Our results suggest that a universal and permanent cash transfer does not significantly decrease aggregate employment,” they conclude.

Also becoming more clear each day are the economic and technological changes that will likely force governments to consider course-correcting measures like UBI.

“The next wave of economic dislocation won’t come from overseas,” said President Barack Obama during his farewell address in 2016. “It will come from the relentless pace of automation that makes many good, middle-class jobs obsolete.”

Former presidential candidate Hilary Clinton considered making income a platform while running for president, too. ““Unfortunately, we couldn’t make the numbers work,” she later said. It seems that with more A.I. and automation, the numbers must work, if on a state and not a federal level.

History shows that President Donald Trump may even support the idea.

What are the effects of universal and permanent cash transfers on the labor market? Since 1982, all Alaskan residents have been entitled to a yearly cash dividend from the Alaska Permanent Fund. Using data from the Current Population Survey and a synthetic control method, we show that the dividend had no effect on employment, and increased part-time work by 1.8 percentage points (17 percent). Although theory and prior empirical research suggests that individual cash transfers decrease household labor supply, we interpret our results as evidence that general equilibrium effects of widespread and permanent transfers tend to offset this effect, at least on the extensive margin. Consistent with this story, we show suggestive evidence that tradable sectors experience employment reductions, while non-tradable sectors do not. Overall, our results suggest that a universal and permanent cash transfer does not significantly decrease aggregate employment.