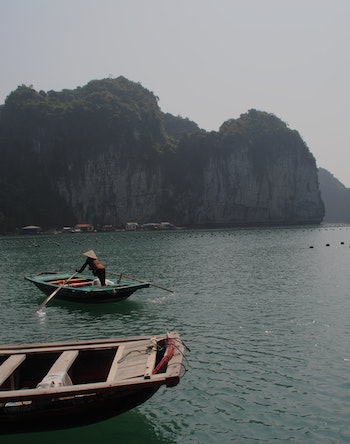 In September, Hawaii became the first state to take an official step toward universal basic income for its residents. The legislature approved State Representative Chris Lee’s proposal to study just what it would take to turn the increasingly popular idea into a reality for its 1.4 million people. And it might have to do with fishing licenses, but we’ll get to that in a minute.

Lee, now 36, was elected to the Hawaii House of Representatives in 2008, and has been a champion of ambitiously progressive causes during while representing a pair of communities near Honolulu. For instance, he spearheaded a bill that will require Hawaii to use 100 percent renewably energy by 2045, has written laws protecting the rights of trans people, served as an advocate for marriage equality, and fought to keep money out of state politics.

His newest push for basic income, however, may have the biggest impact on the lives of his constituents, and if it proves successful, those on the mainland. We asked Lee about his goals for his most enterprising project yet.

What’s the status of basic income in Hawaii?

Earlier this year, we passed legislation that did two things: It declared that all families deserve basic financial security, and secondly it established a working group to analyze our economy, and then vet options to get us there. We’ve been talking with our stakeholders to get everybody aligned.

Hopefully before January, when the legislature reconvenes, we want to be able to have a discussion about [basic income]. This is a new area for a lot of people, and when it comes to establishing a baseline for our economy, as well as where residents are, and what the ramifications of this economic transition we’re undergoing really means for them. I think that’s the first order of business.

“Taxpayers will be on the hook for significantly more in the future if we do nothing.”

When you talk about Hawaii’s economic transition, do you mean the shift toward digitization and automation in the tourism industry?

Certainly there’s a proliferation of automation and disruption in a number of different sectors within our economy. I actually just had one of our union members text a picture of a self-order kiosk at his local Burger King. The second thing is our residents have faced one of the highest costs of living anywhere in the country. The short of it is that it’s manifested itself in an inability to make ends meet, certainly in an inability to afford basic housing, and often healthcare and certainly childcare services. It’s ultimately led us to have one of the largest homeless populations per capita in recent years, anywhere.

It raises a lot of questions about how our economy is going to work in the future, how people are going to be able to survive and live meaningfully and raise a family in Hawaii in the future. The question becomes, “What do we do about it?”

Will you push for full basic income or more incremental steps?

I don’t think it’s either-or. The broader mission is ultimately, “How do we create a system for our economy that empowers people — wealthy, middle-class, or anything else? How do we make life easier for them and allow them to do more, and do that in a fair way that applies to everyone?”

Ultimately, it’s our current social safety net that’s going to pay the difference to keep people afloat. It’s very possible that taxpayers will be on the hook for significantly more in the future if we do nothing.

“How do we create a system for our economy that really empowers people?”

How will Hawaii pay for basic income?

We are one of just a handful of states that really have not thought to ensure that the value of our resources is captured for the benefit of local residents. We don’t have, for example, even basic fishing licenses, which every other state already has. We receive the bulk of our revenue from tourism to this day, but a lot of that activity goes uncaptured. So there are options there that we’re looking at for sure. And especially when it comes to transient vacation rentals which have proliferated — currently, it’s untaxed. There is no benefit for local residents directly captured, and that’s something that can total, combined with other measures, hundreds of millions of dollars, even today.

If we do this right, if we can provide residents with support that empowers them to be entrepreneurial, to take care of their families, to do all the things they need to do.It means less insurance cost, less of a drag on the social safety net and government resources, less spending on medical and other problems, and less spending on propping up failing families in the future. While people tend to think in two- or four-year election cycles, our families live a lifetime.

Basic income has gained a lot of support from Silicon Valley and other billionaires like Elon Musk, Mark Zuckerberg, Richard Branson, and perhaps most actively from Y Combinator’s Sam Altman. What role do you see them playing in Hawaii’s and other states’ push for basic income?

Having people who are seen as forward-looking and competent start to think about the way our economy is evolving and start to identify for the public some of the clear concerns that are being raised, and also identify potential options to address them is a positive thing. It’s past time we had a discussion in this country about where our economy’s going and about how the way it no longer works for families today like it once did. What we’re seeing for a 21st century economy is the next evolution in capitalism and in the way we in our society both value people and can take steps to basically empower them in ways that we’ve never considered before.

I have been speaking with Y Combinator about their project, as well as potential to work together in the future. Our resolution speaks specifically about engaging groups like this to learn from their experiences and see what makes the most sense for Hawaii.

“Our next generation is talking about this in ways that my parents’ generation has not.”

How did you first learn about the idea of basic income?

I’ve been thinking about [the basic concept] for a number of years, because in Hawaii you have a high cost of living with homelessness and our changing economy. The first time I did hear about “basic income” as a term was in a discussion amongst a number of people on reddit. That was fascinating next generation is talking about this in ways that my parents’ generation has not.

I think the definition for us of the American Dream, and that to which we aspire, is very different than those who came before. Because the economy for us today I think no longer allows the pursuit of the American Dream. And a majority of millennials already see that as a dead end, see it as unattainable. I think that discussion amongst our next generation can be instructive and helpful, and working with all age groups and everyone in the nation to figure out what we can do to make things better going forward. And that’s the bottom line.

Have you become more optimistic that this can be achieved?

I’m certainly more optimistic — not necessarily that we’re going to pass one particular policy or create one particular mechanism — but chiefly that the level of discussion in this country surrounding the real issues that these proposals are designed to address is more prominent than ever before. Our economy is changing. Both technology as well as cost of living are changing for everyone. The question of course becomes what we do about it. Whether it’s business leaders or political leaders or regular folks in the community, are starting to talk about what our options look like, what makes sense, and ultimately, what’s going to be the right decision for them.