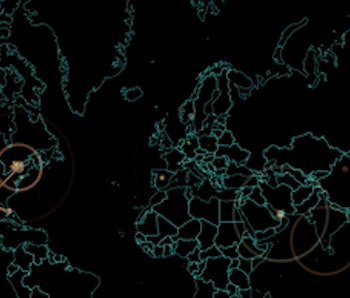 Smartphones have utilized 4G connections since late 2010. While these once seemed very fast, you might notice as you’re streaming Netflix on your phone that it’s getting a little slow. Next-generation 5G could speed things back up, but the ever-expanding Internet of Thing means it’s only a matter of time before 5G becomes overloaded, too. 5G is a Band-Aid.

As they write in Tuesday’s issue of APL Photonics, researchers at Brown University have demonstrated it’s possible to tap into incredibly high, previously unusable terahertz frequencies to create a special information highway for the IoT’s data-heavy traffic to free up lower bandwidths for phone calls. It’s a new communications infrastructure the team believes will be necessary in the next 10 to 15 years.

Daniel Mittleman, a professor of engineering at Brown, and his team figured out how to manipulate frequencies in the terahertz region, which is about 100 times higher than Wi-Fi or bluetooth, to move data effectively.

“The problem is that all of your bandwidth is being eaten up by the Internet of Things,” Mittleman tells Inverse. “It’s not the voice traffic, it’s the data traffic that’s growing at an exponential rate. What we really want to do is offload all of that data traffic to some high-frequency network so we free up space on the existing network for voice.”

The biggest problem they had to overcome was that higher frequency waves can’t travel through walls or even people, which represents a major hurdle for any practical communications network. So the team created what is called a line-of-sight pathway — a clear path with no obstacles in the way — to be able to beam information to a receiver.

Mittleman and his team found a solution, as they showed these high-frequency beams could be bounced off of walls or ceilings, a method that many of his colleagues were skeptical about.

While this is just the first of many experiments to come in the field of high-frequency data transfer, Mittleman’s research proved that a method once thought unfeasible is in fact possible. Future researchers might look to this bouncing-based method to construct a viable network infrastructure that can power the Internet of Things and other data-heavy traffic.

A decade from now, this could make it possible to seamlessly stream Game of Thrones, without having to worry about some internet-connected refrigerator slowing it down.