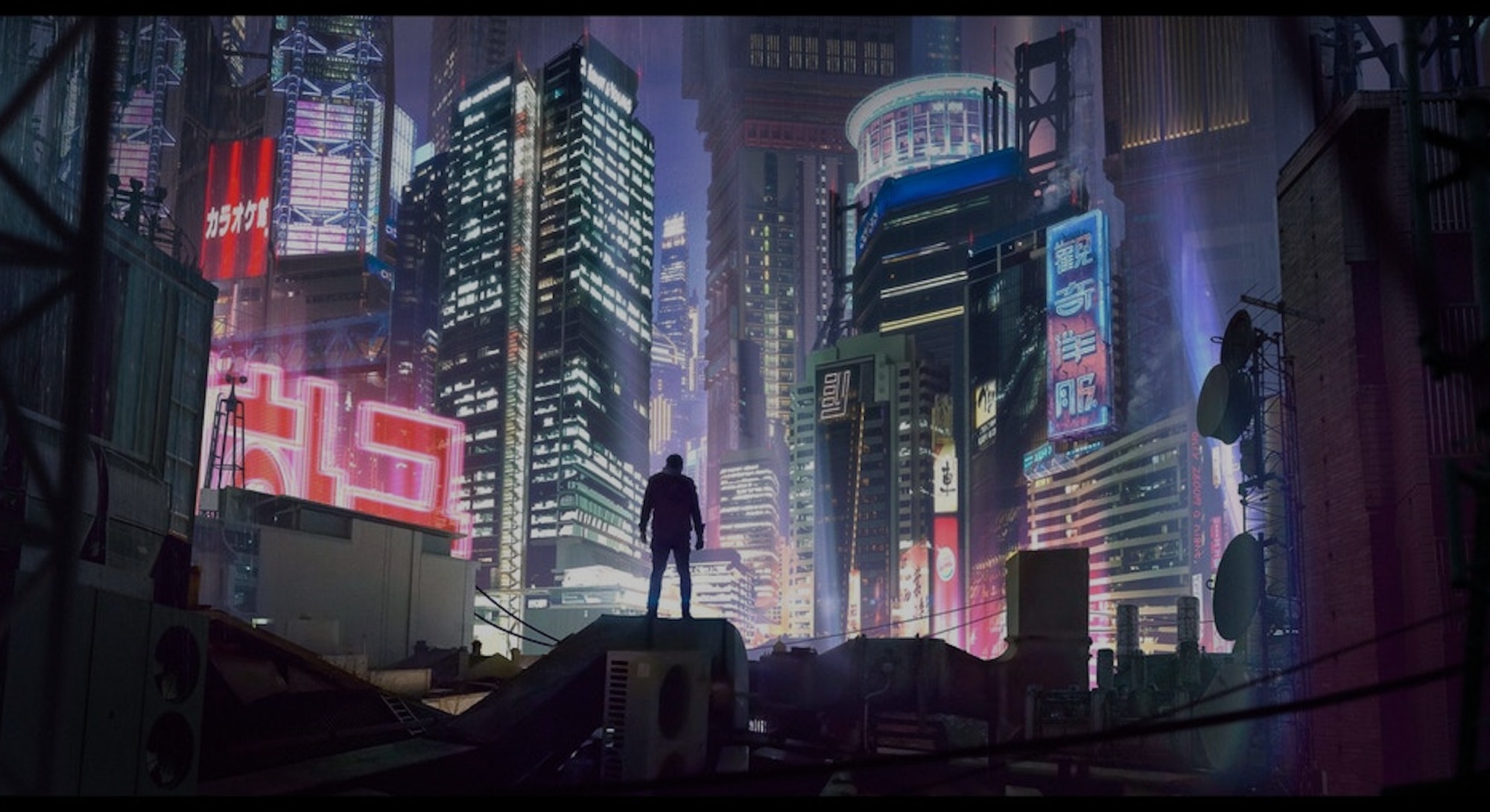 Cyberpunk is many things: a genre, a culture, an ethos, an aesthetic. Eighties sci-fi works like the William S. Gibson novel Neuromancer and films like Blade Runner set the standard for the genre; where stories unfold in near-future urban dystopias dominated by massive wealth inequality and an oligarchy of corporations.

In the cyberpunk future, private security forces armed to the teeth with military-grade weapons quash dissent with force. But the underclass is crafty. They deploy roguish technical skills to build tools of resistance against the totalitarian ruling class.

There are some quintessential aesthetic characteristics that seem to bleed into most cyberpunk landscapes. Drawing heavily on film noire, dark, gray buildings are often juxtaposed with pink neon signs while a rich upper-class resides literally above a dilapidated underclass. Everything has under-glow in the future, and somehow it’s always raining.

A genre rife with visual potential, fans are often inspired to create art that expounds upon the dystopias conjured up in the writing of Gibson and other sci-fi authors. One space that’s become a major hub for fans is r/Cyberpunk, a subreddit where photographers, artists, and general cyberpunk enthusiasts share picturesque theories of possible futures. At time of writing, the subreddit had more than 210,000 subscribers.

Here are some of the most beautiful takes on the cyberpunk landscape posted to r/Cyberpunk:

In this image, it appears that crafty hackers have colonized the base of the Eiffel Tower. You can’t see the top, but that’s probably where the rich people live.

The cyberpunk aesthetic hints at the deification of tall buildings; skyscrapers take on obelisk qualities, and emphasize the diminutive status of the underclass.

In the cyberpunk future, advertising is ubiquitous; this image shows the neon glow that envelopes a city built by and for corporations.

The futuristic flaneur is a mainstay of Cyberpunk fiction. Here, in what could be an ode to Blade Runner 2049, we see a hard-boiled detective type wander through the city, maybe on his way to the local cantina to interrogate a crime boss.

This picture perfectly captures the social hierarchy of the cyberpunk world, where the wealth trickles up.

This concept art for the 2016 film version of Ghost In The Shell shows the seedy underbelly of an urban center.

This alley looks sketchy, and it’s even got the hint of misogyny that runs through mainstream cyberpunk works like Blade Runner.

9. “Toronto at Night” by Giulio Calisse

Turns out Toronto is already in the cyberpunk future.

Impoverished communities are vulnerable to spying from above, likely perpetrated by a private police force that sniffs out resistance.

Even an escape from the city is glowing purple.

This image really emphasizes the cyber in cyberpunk, as a creepy robot who’s clearly up to no good lurks in the shadows next to a graffiti-laden building.

5. “Bangkok at Night” by Xaiver Portela

Cities like Bangkok and Tokyo exemplify the neon advertising qualities of the Cyberpunk aesthetic.

3. “Snowstorm in Toronto” by hi-im-that-guy

Nothing says cyberpunk like a hooded person, a giant advertisement, and unrelenting precipitation.

The flying cars we were promised still aren’t here, but they are thriving in cyberpunk worlds. (This image comes from the video game Brawlhalla.)

Surveillance and restricted movement are key means of social control.

Bright lights, shadowed man, tall buildings, you get the idea.