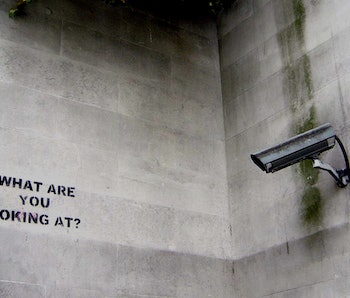 The Senate affirmed the legality of the NSA’s warrant-free surveillance activities on Thursday with a six-year renewal of Section 702 of the Foreign Intelligence Surveillance Act.

Section 702 allows the NSA to obtain the communications of foreign targets for national security purposes. This law provided the legal backing for the PRISM program that Edward Snowden brought to national attention in 2013 when he leaked classified NSA documents.

The legislation passed with a 65-34 vote.

Privacy advocates had strongly urged senators to amend the law and restrict the scope of NSA data collections. Because the bill was passed with only minor changes, the NSA will retain the authority to cast a wide surveillance net, with the ostensible goal of targeting foreigners who pose a threat to national security. But because there is such little oversight, and no warrant required, the NSA will inevitably pick up tons of American citizens’ communications.

The strongest argument against Section 702 is that it violates Fourth Amendment protections against warrantless search and seizure. According to Laura K. Donahue of The Council On Foreign Relations, the language of the law prohibits data collection of Americans’ communications, but, “in practice it acts as a general warrant.” Using Section 702, the intelligence community monitors and collects Americans’ international communications, as well as entirely domestic conversations, without oath or affirmation of wrongdoing.”

Additionally, the law allows the NSA to store surveillance data indefinitely. Other federal entities, like the FBI, have used the communications obtained by the NSA under Section 702 as part of criminal investigations.

While the new bill prohibits the FBI from searching the database without a warrant when working on an open criminal investigation, it’s a very minor restriction. If the FBI is pursuing a case related to “national security” they can simply skip the warrant and search the database.

Also, benign, domestic communications can get swept up in surveillance because of a tenuous connection to a foreign target. Those communications are essentially stored in a forever-lasting database that can be accessed later if the FBI is looking to build a case in a criminal investigation.

Apparently, the FBI has applied this power with alarming regularity in the past. The Intercept summed it up like this:

The FBI’s use of these searches is so extensive that Justice Department lawyers have compared the process to searching Google.

After four years of political hand-wringing over egregious NSA surveillance capabilities, the Senate has just signed on for six more. The legislation is expected to be signed into law on Friday by President Trump.

More like this
Science
12 hours ago
Scientists just made a major stride toward a hepatitis C vaccine
By The Conversation, Lisa Eshun-Wilson and Alba Torrents de la Peña
Culture
12 hours ago
Treasure Planet was a box office failure, but 20 years later, it found its audience
By Laura Kelly
Culture
11 hours ago
How Vin Diesel tried (and failed) to take down James Bond
By David Grossman
Related Tags
Share: