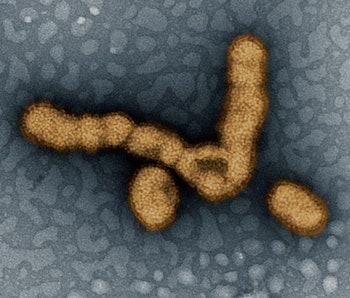 Know what’s even worse than getting the flu? Getting the flu even though you got your annual flu shot! It may sound strange, but this situation occurs more often than you think, and it’s particularly likely during the current flu season. As Inverse previously reported, this year’s dominant flu strain, influenza A(H3N2), is particularly nasty.

“[I]nfluenza vaccine effectiveness (VE) in general has been lower against A(H3N2) viruses than against influenza A(H1N1)pdm09 or influenza B viruses,” read a CDC announcement from December from the end of December 2017. “Last season, VE against circulating influenza A(H3N2) viruses was estimated to be 32% in the U.S.” That is not a very high success rate, even compared to other flu strains, against which the vaccine is between 40 and 56 percent effective. Additionally, A(H3N2) associated with a much higher rate of hospitalization when compared to other flu strains.

But scientists have some ideas on how to improve the effectiveness of the flu vaccine. In a paper published Thursday in the journal Science, a team of researchers in the United States and China outline how they plan to produce a new vaccine candidate that uses a genetically engineered flu virus that’s been carefully mutated to induce a patient’s immunity to the virus while, at the same time, making the virus relatively safe.

“Previous pandemics and recent influenza outbreaks highlight the need to develop safe vaccines that elicit effective immune responses and confer broad protection,” write the study’s authors. In an effort to achieve these dual aims, they combed through the influenza A virus’s genome to figure out exactly what it was that makes the virus such a sneaky bugger.

They spent years examining the viral genome to find which amino acids contribute to one of the most significant adaptations by the virus: the ability to inhibit interferon production and evade detection by any interferons that a host’s body does produce. Interferons, proteins that are crucial to a person’s immune response to an infection, are crucial to a vaccine’s effectiveness. When you receive a flu vaccine with dead or weakened viruses, your body recognizes the virus and produces interferons and antibodies that will fight future exposures. But if the virus evades detection, your body won’t have the chance to rally its immune response. There’s also the issue that weakened viruses don’t produce as much of an immune response as a live virus.

To get around these issues, the study’s authors identified which amino acids in the viral genome are responsible for inhibiting interferon production. Then they turned off the gene sequences that helped the virus sneak past the body’s defenses. Therefore, when the body is exposed to the live mutated virus, the body produces a bunch of interferons, ensuring immunity. This achieves the dual goals of producing a virus that is quite weak in most healthy hosts and producing a strong immune response.

Their next step is a clinical trial in animals, which will determine whether they move on to FDA-approved human trials.

Abstract: In conventional attenuated viral vaccines, immunogenicity is often suboptimal. Here we present a systematic approach for vaccine development that eliminates interferon (IFN)–modulating functions genome-wide while maintaining virus replication fitness. We applied a quantitative high-throughput genomics system to influenza A virus that simultaneously measured the replication fitness and IFN sensitivity of mutations across the entire genome. By incorporating eight IFN-sensitive mutations, we generated a hyper–interferon-sensitive (HIS) virus as a vaccine candidate. HIS virus is highly attenuated in IFN-competent hosts but able to induce transient IFN responses, elicits robust humoral and cellular immune responses, and provides protection against homologous and heterologous viral challenges. Our approach, which attenuates the virus and promotes immune responses concurrently, is broadly applicable for vaccine development against other pathogens.