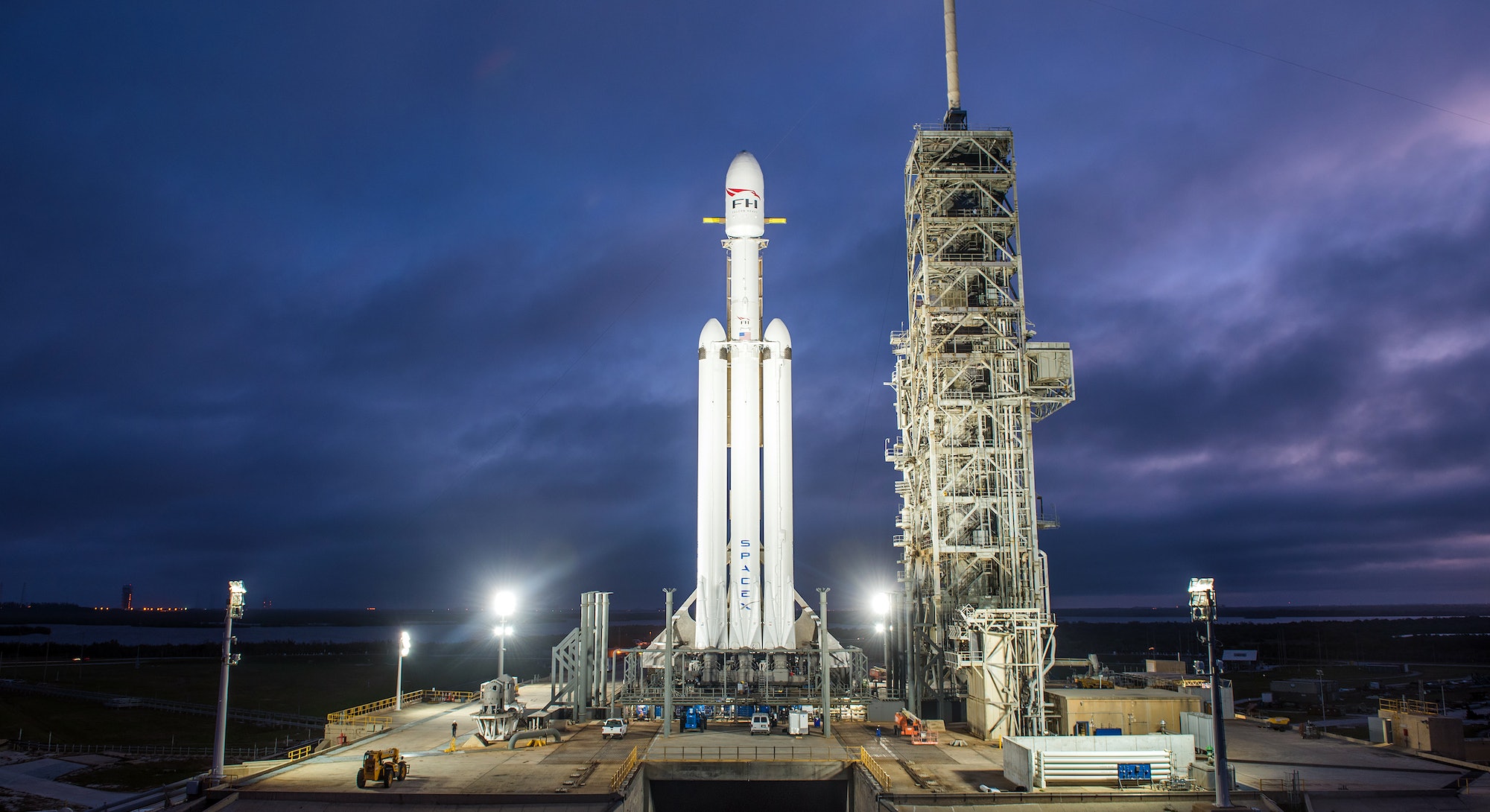 SpaceX is about to launch the world’s most powerful operational rocket, and it’s got the images to prove it. On Wednesday, the space-faring firm headed by Elon Musk released a series of photos and videos of the Falcon Heavy rocket ahead of its expected launch, scheduled for later this month.

When it launches, the Falcon Heavy will be the “most powerful rocket in the world,” say SpaceX officials. Its first stage is made up of a combined three Falcon 9 engine cores and 27 Merlin engines.

“With more than 5 million pounds of thrust at liftoff — equal to approximately eighteen 747 aircraft at full power — Falcon Heavy will be the most powerful operational rocket in the world by a factor of two,” the company said on its Instagram account.

When the rocket launches from the Kennedy Space Center, it will send Musk’s own Tesla Roadster looping David Bowie’s “Space Oddity” into a billion-year orbit around Mars. If all goes as planned and the thing doesn’t blow up on the launch pad or shortly after launch, the three boosters will all land back on Earth. The center core will land on the droneship Of Course I Still Love You off the coast of Florida, and the two side boosters will land on landing pads at Cape Canaveral, Florida. A rockin’ flight animation from 2015 shows how it all might go down.

Later this year, a future Falcon Heavy flight is expected to send two private citizens on a trip around the moon using the Dragon 2 capsule. These two people have already paid a “significant deposit” to fly to and circumnavigate the moon on the Dragon 2 spacecraft. The Falcon Heavy will launch Dragon 2 and its crew to the moon about a year after the first testing of the rocketry system later this summer. Later this year, the Dragon 2 is expected to transport NASA astronauts to the International Space Station.

The new rocket has been a long time coming. Musk first announced the Falcon Heavy in April 2011 with a 2013 launch date. This date slipped after it became apparent that the company couldn’t strap three Falcon 9 rockets together and call it a day, with the Falcon Heavy’s development shifting into a far more complex affair.

The Falcon Heavy is capable of lifting 119,000 pounds into orbit, more than twice the payload of the Delta IV Heavy, while only costing around a third. The first stage has three nine-engine Falcon 9 cores to give 27 engines working together to deliver those five million pounds of thrust.

Back in July, Musk teased what we can expect for the inaugural launch of the Falcon Heavy rocket, at the 2017 ISS R&D Conference in Washington, D.C. The Silicon Valley bigwig offered this wry line to sum up his feelings on the entire project: “Major pucker factor.”

“There’s, like, a lot that can go wrong there,” Musk said. He encouraged people to come down to Florida to watch the launch, though. “It’s guaranteed to be exciting,” he said.

“But it’s one of those things that’s really difficult to test on the ground,” he emphasized. Individual engines can be tested, and simulations can be run to understand what the dynamics might be, but launching a rocket for the first time is always a risk. “Real good chance that that vehicle does not make it to orbit,” he said.

Musk hopes the rocket at least makes it far enough away from the launch site to avoid creating pad damage. “I would consider that even a win, to be honest,” he said to laughs.

The company is not stopping with the Falcon Heavy. The BFR — an abbreviation that contains the words “big” and “rocket” — is set to launch humans to Mars as soon as 2024. A staggering 31 Raptor engines produce 5,400 tons of liftoff thrust to lift a total vehicle mass of 4,400 tons.

SpaceX’s overarching mission is to develop an interplanetary transportation system that can help sustain a colony on Mars. The viability of a heavy-lift rocketry system capable of shuttling spacecraft beyond low-Earth orbit is a critical piece of that infrastructure. The Falcon Heavy won’t be the rocket that sends people to Mars, but it will be a big part in the development of such a rocket.

“Anytime you have a new rocket launching, you’re going to learn a lot,” Larson says. “The capabilities gained by a heavy lift vehicle like this one will help open the solar system to even more exploration.”

With additional reporting by Inverse staff.