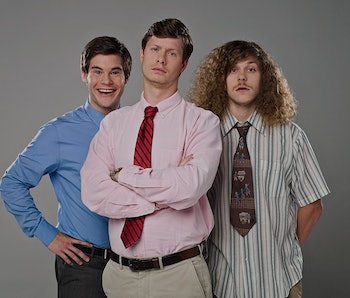 When every day feels like a manic Monday, you might find yourself skipping happy hour because of a common condition: being a workaholic. These days, the average American is a workaholic, spending nine hours a day at work and much less time at home, suggesting that ill health and burnout are inevitable. However, a new study in the the Academy of Management Studies says that doesn’t have to be the case: Turns out you can be a healthy workaholic — if you do it right.

A team of researchers from Simon Fraser University, the University of Pennsylvania, and the University of North Carolina explain in the paper that while society sees working long hours as a negative thing, doing so doesn’t necessarily mean your body is going to suffer. This study, building on what other researchers have learned about the physical and psychological symptoms of being a workaholic, is the first to examine the actual changes it produces in the body.

In the study, researchers found that working long hours didn’t mean someone was going to have poor health: If they were engaged at work, and able to recharge overnight, then their health was no worse than someone working a shorter day.

In their survey of 763 employees at a large financial consulting firm, they determined who worked long hours, who self-reported that they had a workaholic mindset, and who had a higher risk for developing a metabolic syndrome — whether it was high blood pressure, high blood sugar, abnormal cholesterol, or excess waistline fat. These syndromes, the researchers write, are the sort of problems that could increase someone’s chances of developing heart disease, a stroke, or diabetes. Using data from company health screenings and employees’ personal records to measure each person’s level of health, the researchers looked for a link between the hours each person worked and their risk for developing a metabolic syndrome.

Surprisingly, they didn’t find one.

Working long hours, they discovered, didn’t lead to poor health. Rather, it was the inability to stop thinking about work when they got home that led to health issues, like feeling depressed or not sleeping well. Workaholics who were engaged at work — those who were enjoying and plugged into what they were doing — appeared to have better health than workaholics who were not engaged.

They conclude that not all workaholics are built alike: If a workaholic is able to “recharge” at night, their health appears to be just as good as someone who doesn’t identify as a workaholic.

“We just assumed that all workaholics were going to have a higher risk of metabolic syndrome,” explained co-author Nancy Rothbard, Ph.D., a University of Pennsylvania management professor, in a statement. “It turns out that only some of them do: the ones that don’t have that passion and positive energy around their job.”

Rothbard says that the most exciting part of this study is the revelation that there really does appear to be a connection between a person’s outlook on a situation and how they feel, health-wise. While employees who don’t like their work are at risk for serious long-term health consequences, those who do enjoy the job and put in the hours — yet can switch off when it’s time to go to bed — appear to be in a good situation. Being a workaholic doesn’t have to mean you’re putting yourself at risk, she says, as long as it’s a job that makes you happy.