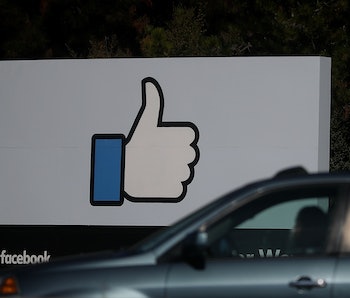 Building on technology announced earlier this year that stops flagged content from being re-uploaded, this new prevention system relies on Facebook already having the image so that it can stop people from uploading duplicates. Of course, for that to work, Facebook needs you to send them your nudes.

Yes, that concept sounds a bit creepy, but it could be valuable to users who know that an ex-partner or a Tinder date gone wrong has photos and videos that would be embarrassing, even damaging if they got out. The technology relies on a partnership between Facebook and a small office of the Australian government that promotes online safety, according to a statement released last week.

E-Safety Commission Julie Inman Grant told the Australian network ABC that the system is “secure end-to-end” and that Australia’s office does not store anything that’s reported. Of course, Facebook itself has to store the photo for this to work, which means the plan is necessarily only as secure as Facebook’s own servers.

Once Facebook gets the photo, “image matching technology” is used to “hash” your content, which creates a sort of digital footprint, ABC reports. Anyone that tries to upload the same image, which has the same footprint, would be prevented from doing so on Facebook, Messenger or Instagram, the statement says.

“It would be like sending yourself your image in email, but obviously this is a much safer, secure end-to-end way of sending the image without sending it through the ether,” Inman Grant told ABC. “We have a great deal of comfort that [Facebook] have chose the most secure route.”

Facebook, as well as Google and Twitter, have come under fire for its rules and policies that have done little to combat hate speech, death threats, and graphic content. Facebook’s initiative is supposed to involve the U.S., United Kingdom and Canada, but no details have been revealed.

More like this
Science
Jan. 12, 2023
This oil giant accurately predicted global warming — and still lied about it
By Tara Yarlagadda
Innovation
Jan. 19, 2023
A robot choreographer reveals why M3GAN — and all robots — should dance
By Molly Glick
Culture
Jan. 14, 2023
2,454 years ago, one eerily familiar event led to the downfall of Ancient Athens
By Rachel Hadas and The Conversation
LEARN SOMETHING NEW EVERY DAY.
Related Tags
Share: