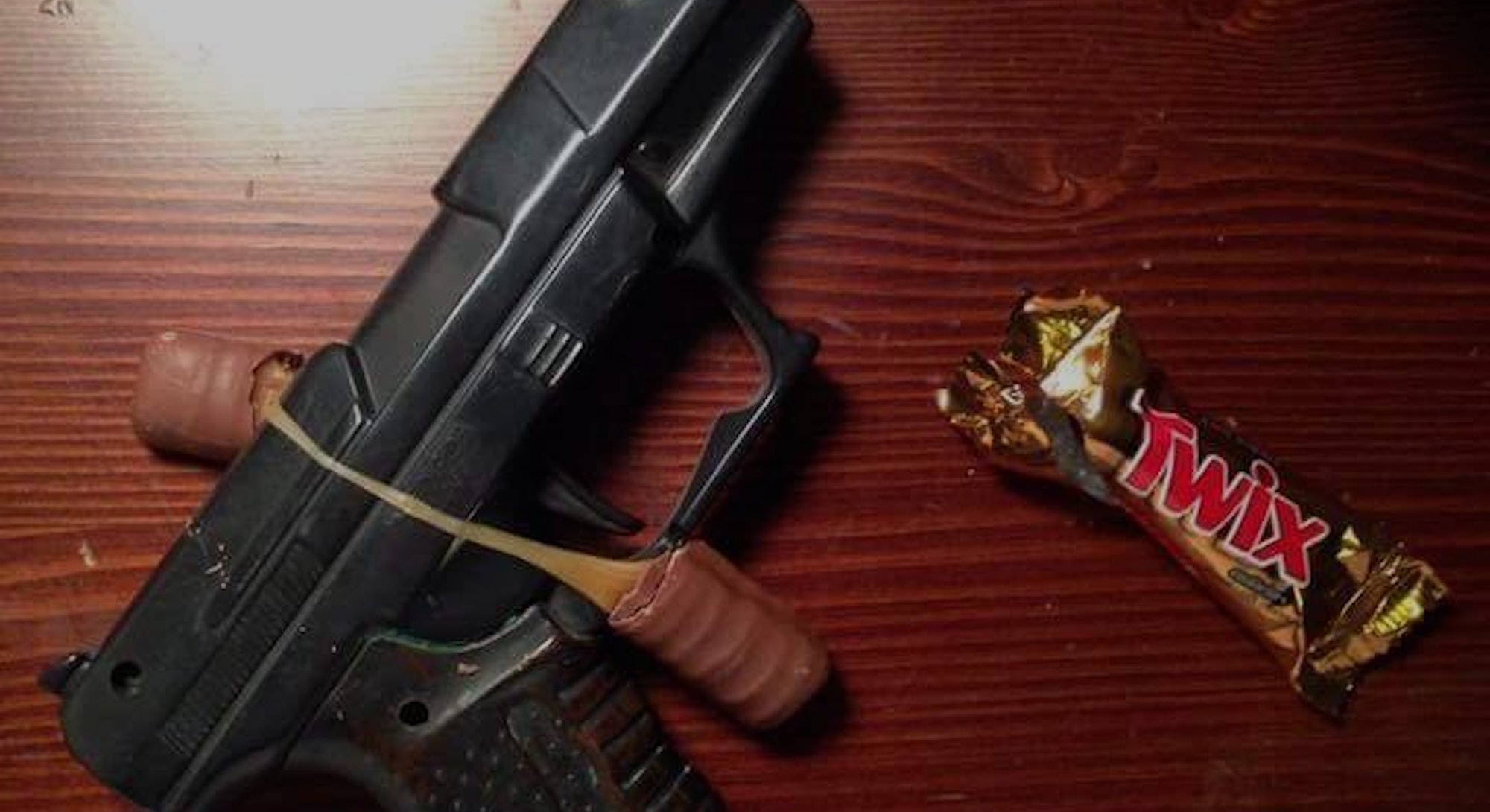 Ever since you were a kid, your parents probably warned you about receiving unwrapped candy while trick-or-treating. The fear of parents everywhere is that there may be some kind of adulterants — whether poison, drugs, or sharp pieces of metal — hidden in candy by nefarious strangers.

You almost certainly never received candy that had been tampered with, as poisoned candy remains essentially a myth. Snopes, the definitive web resource on urban legends, reports that there are precisely zero legitimate cases of people passing out poisoned Halloween candy to trick-or-treaters, and only a very small number of hazardous objects have been found in Halloween candy that didn’t later turn out to be hoaxes. In 2015, an Ohio child did find a small razor blade in a Snickers bar, but local police called this an isolated incident.

One of the only cases of a kid getting poisoned by Halloween candy turned out to be a father’s elaborate cover story for murdering his own son. In 1974, Texas man Ronald Clark O’Bryan killed his son with a cyanide-laced pixie stick and tried to convince police that his son had received it while trick-or-treating. And even though the only publicized instance of poisoned candy turned out to be a clumsy alibi, this narrative resurfaces every Halloween. This is because humans, to put it bluntly, are bad at accurately assessing risks.

Halloween is a holiday of imagined fear, in which fantasy bleeds into the real world for kids and adults alike. This atmosphere of fear, says psychiatrist Joe Pierre, a clinical professor of psychiatry at UCLA, primes people to react fearfully to potential dangers.

“Like taking a roller-coaster ride, part of the fun of Halloween is exposing ourselves to imagined fears,” Pierre tells Inverse. “The inextricable link between Halloween and horror might prime ourselves to be more fearful of real-life risks, however small.”

It matters little whether there’s a statistically significant chance of these real-life risks occurring because, as Pierre points out, these fears of tainted candy have gained their own self-perpetuating narrative. They are, in the literal, Richard Dawkins’ definition of the word, memes. Not only have fears of tainted Halloween candy become memes in that they’re passed on from one person to another through non-genetic means … but they have also been widely mocked on the internet.

A viral photo of a gun “stuck” between a candy bar ridicules the fears surrounding Halloween candy, but it also points to another scenario in which people tend to have a disproportionate amount of fear: death by mass shooting.

While media coverage of a mass shooting may make us feel like we could easily become a victim of one, the reality is that this scenario is incredibly unlikely.

“ATTENTION PARENTS: please be checking your kids candy. i found this in a Twix” — @griffers on Twitter

We’re about 1,000 times more likely to die in a car crash (one in 110,154 odds) than in a mass shooting (one in 113 odds). But as Inverse previously reported, rising gun stock pricess following the mass shooting in Las Vegas imply that when we hear about something scary that’s happened in the news, we think it could easily happen to us.

There are consistent psychological reasons that we overestimate the more sensational risk of mass shootings or poisoned Halloween candy over the more commonplace risks like heart disease or car crashes.

“Humans tend to assess risk in a way that’s not that scientific but rather emotional,” said Sara Gorman, a public health and behavioral science expert who co-authored the book Denying to the Grave: Why We Ignore the Facts That Will Save Us, which addresses why people ignore facts that would help them make better decisions.

“We have a strong bias (called the availability bias) that causes us to pay too much attention to low-probability risks that become easy for us to imagine due to extensive media coverage and discussion … Because we tend to favor information that’s readily available to us, and because readily available risks feel more salient. Even when technically the probability is low, we end up perceiving a high risk.”

Gorman points out that there’s one unique differences between fears of mass shootings and fears of tainted Halloween candy: kids. This could account for the sheer relentlessness of the poison candy narrative.

“People’s risk perception about their children can be wrong in very specific ways because protecting their children is such a high stakes situation and is a very emotional task,” Gorman tells Inverse. “Since parenting involves so much anxiety and uncertainty and the stakes are so high, there is a desire to maintain an illusion of control. Parents may be inclined to view poisoned Halloween candy as a big risk in part because they feel like it is something they can actually control to some extent or take action against.”

In reality, she says, the more serious risks to children’s health have to do with diet and car accidents, but since Halloween is just one night a year, it’s the moment that gets all the misplaced attention. As with the gun scenario, in which death by suicide, domestic violence, or pure accident are all more statistically likely than being murdered by a stranger with a gun, Gorman says it’s easier for parents to try to control their kids’ candy than their diet or driving habits.

“Reminder to parents to please check your kids candy. Just found this in my son’s skittles.” —@NoChillPosts on Twitter

This amplified perception of risk, Pierre reminds us, can often be exacerbated by media coverage. Local news outlets seize the opportunity to engage in tabloid journalism that feeds on the fear of deranged individuals poisoning kids with candy. And even though it’s irrational, there’s a consistent psychology behind this fear because let’s be honest, it’s really scary to imagine a cute kid biting into a Snickers bar only to find a razor blade.

“We worry more about risks that are very small when the outcome is very, very, bad or very, very frightening,” says Pierre. He likens the fear of tainted Halloween candy to the fear of terrorism on an airline.

“We’re all familiar with the idea that driving a car presents a much greater risk of death than being blown up by a terrorist during air travel,” he says. “And yet, we get into our cars every day without thinking about that risk, while spending millions of dollars to create a screening process for boarding airplanes that is both cumbersome and ineffective.”

To make the matter even more absurd, in many cases, Snopes reports, tales of tainted candy turn out to be false. Sometimes it’s a kid who’s playing a prank on people or seeking attention, but whatever the truth turns out to be, most of the time it’s not some psychopath slipping needles into Twix bars — a story that, by the way, turned out to be false.