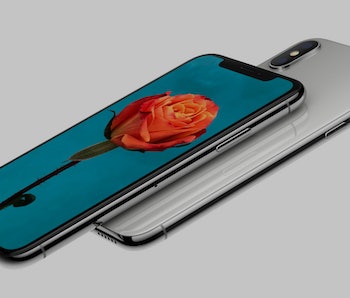 Apple is gearing up for one of the biggest iPhone launches in history. On Friday, the company will start taking preorders for the iPhone X ahead of its November 3 launch, the smartphone with a large 5.8-inch screen that includes a face scanner, high-quality camera, and new display technology. Priced at $999 for the 64GB version or $1,149 for the 256GB version, it’s fair to say that consumers won’t want to make the wrong choice at the checkout.

The company won’t ask too many questions when eager fans hit the site to place their orders, but one crucial question is which color the device should come in. It’s an expensive device, and picking one you end up disliking is going to be hard to move away from. After all, you just blew a grand on a device that’s in high demand, and you’re probably going to be reluctant to part ways over the paint job.

See also: How to Get the iPhone X Now They’ve All Sold Out

Fortunately, Apple has somewhat simplified things this time around. The color option only changes the back panel of the device, so its two options come with the black bezel front display and stainless steel sides. Here’s what to expect when you choose your color option:

The silver option transforms the glass back panel with a stunning white sheen. It’s quite a deceptive color choice, as it appears to change color depending on the light. In this Reddit post from anonymousdave52, the phone appears white with a silver Apple logo.

However, in other photos it comes across as a more silver tone. Take a look at this photo from the post-announcement show.

Apple also offers a look on its website at how the phone looks inside its cases. Here’s how silver looks in the saddle brown leather case (note the camera ring).

The glossiness of the phone gives the white a layer of depth that makes it stand out from the plain gadgets of yesteryear. It’s not exactly silver, but it’s better than plain white.

See also: The 6 Subtle Differences Between iPhone 8 Plus and iPhone X

What is essentially Apple’s name for “black” has become a staple of its product lineups, and the iPhone X is no exception.

This is despite the fact that “space gray” doesn’t seem to be a consistent color. The below chart, made by Reddit user MrHarryT, shows how Apple can’t seem to agree with itself.

Expect more of the same here as Apple switches from aluminum to glass. Photos from the show appear to display the iPhone X with a glossy sheen over the back, which is sure to attract all manner of fingerprints.

Although it may appear sleek without the case, with the case on it may come down to preference as to whether you want the camera ring to blend in with the lens area or if you prefer it to stand out more.

For more on the iPhone 8, iPhone 8 Plus, and iPhone X, check out previous coverage, including: