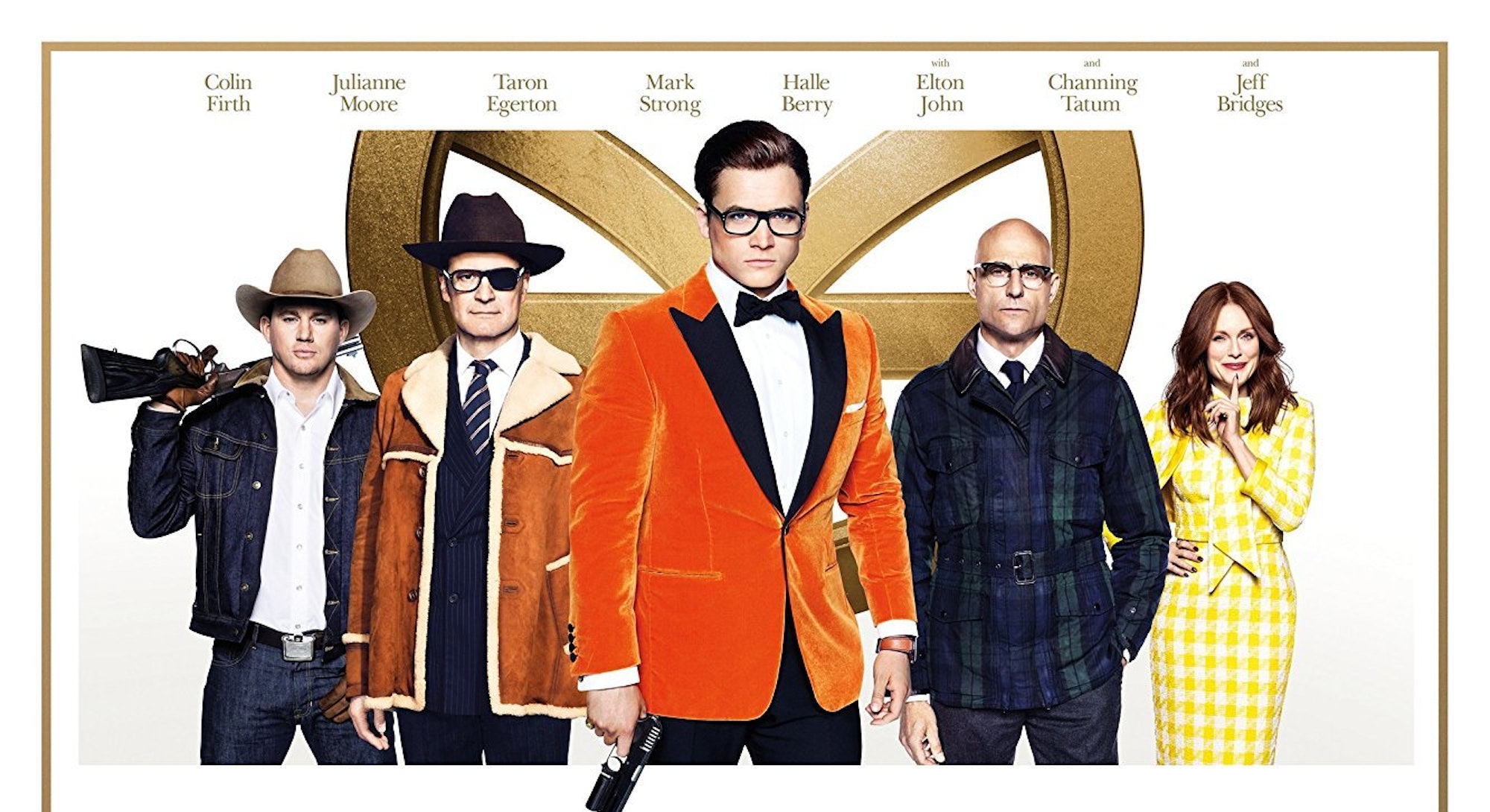 Within the first few minutes of Kingsman: The Golden Circle, viewers are launched from 0 to 60 (literally), as the film opens on a high-speed fight scene that’s perfectly indicative of this over-bloated sequel’s issues. CGI action, insane gadgets, and secret agendas are far more important than any sort of character exploration or understanding.

The Golden Circle, the sequel to 2014’s Kingsman: The Secret Service, rearms Eggsy Unwin (Taron Egerton) with a rocket launcher briefcase, a mine-detecting baseball bat, and a host of whiskey-swilling American allies called the Statesman. And while The Golden Circle has some incredibly fun moments (seriously, the briefcase is really cool), it can’t live up to its predecessor.

Part of what made Kingsman such a cult hit was fans’ attachments to the film’s outrageous characters. The men and women of Kingsman aren’t necessarily supposed to be realistic given the film’s pointed parody of cheesy, old-school spy movies, but they were weirdly relatable. The Golden Circle fails to recreate the same, heartfelt emblematic wink-and-smirk feeling of the first movie. Both Kingsman and The Golden Circle are good action movies, but the first film’s emotional beats were what made it satisfying — you just don’t notice them until they’re gone.

Kingsman: The Golden Circle might have a lot of Sir Elton John and its fair share of explosions, but the movie fails to find any depth in its relationships, resulting in hollow action scenes without emotional resonance.

The original Kingsman jumped back and forth between Eggsy’s journey to become a Kingsman (and, therefore, a proper English gentleman) on his own terms and his desire to protect his abused mother (Samantha Womack) and much-younger sister. It wasn’t perfect; Kingsman forgets about Eggsy’s family for a majority of the movie and returns to them when convenient. But at least a desire to protect one’s family from harm is a widely relatable theme, one that tugs at the heartstrings and makes Eggsy’s wild skills seem relevant.

At the end of Kingsman, Eggsy makes his triumphant return home to a stereotypically “rough” part of London to take his mother and sister away from their abuser, Dean (Geoff Bell). Eggsy storms the local pub in a direct callback to Harry Hart’s (Colin Firth) arrival and invites his mother to live with him. It’s a triumphant moment that Golden Circle completely ignores. What follows from here on out might be considered spoilers.

Instead of his relationship with his mother and little sister, The Golden Circle focuses on Eggsy’s unexpected romance with Princess Tilde (Hanna Alström).

You remember Tilde, the Scandinavian princess who offered Eggsy butt sex if he managed to save the world. In a purposeful about-face to most spy movies — think of how disposable Bond girls are — Eggsy and Tilde are in a long-term, monogamous relationship in The Golden Circle. A drawn-out, early scene in the film is comprised of Eggsy attempting to impress Tilde’s staunch parents, the king and queen of Sweden.

And while Eggsy’s adoration for Tilde is clear, the reasons behind those affections aren’t. Tilde is beautiful, yes, but her character, originally intended as a throw-away line that added to Kingsman’s wink-wink-nudge-nudge humor, suddenly stands in the way of Eggsy’s mission. Their relationship is, at every turn, a problem.

Eggsy and Tilde’s monogamy is played up for laughs — such as the shockingly intimate scene in which Eggsy has to cheat on Tilde and have sex with a mark to insert a tracking device via a “mucous membrane” (read: her vagina) — but there’s no heart. She vaguely helps him through the heartbreak of losing friends and loved ones; she buys him a puppy; she gets herself into the kind of trouble that spurs Eggsy to, once again, save the world; but she’s otherwise reduced to a plot device. By the time the film’s final scene comes around (something that should be a big deal), you don’t really care about Tilde or Eggsy’s love for her. She’s a burden who gets more out of the relationship than Eggsy ever could.

Rather than focusing on Tilde, the movie should have given more thought to Harry Hart’s return, an assumedly important plot point that’s reduced to a disappointing montage of Harry fucking up again and again.

As the original impetus for Eggsy’s Kingsman adventure, a mentor, leader, and voice of reason, Harry’s return and the film’s habit of turning him into a punchline leaves a bad taste in your mouth. His unexpected death in Kingsman was what spurred Eggsy, Mark Strong’s Merlin, and Sophie Cookson’s Roxy to defeat Valentine (Samuel L. Jackson) once and for all. Harry believed in Eggsy, acting as the gatekeeper to this fantastical, suited-up world not only for the film’s hero but for the audience in the real world.

The Golden Circle brings Harry back, but it doesn’t resurrect the all-important relationship between him and Eggsy, the one that audiences connected with in the first place. The filmmakers cheapen Harry’s rebirth in The Golden Circle with dancing butterflies, paranoia, and incompetence. Harry jumps wildly back and forth between being capable and a burden without warning. He’s unlikable, and Eggsy’s emotions over the return of his beloved father figure are woefully underplayed.

Harry would have better served the plot if he’d been left for dead in the dirt parking lot of a rural Kentucky church.

These emotional cruxes — Eggsy and Tilde’s relationship and Harry’s return — should have carried The Golden Circle through two hours of heavy green-screen action, little-to-no Channing Tatum, too much Elton John, and a disingenuous and undeserved end for Strong’s Merlin. That’s what the first Kingsman did, and the absence of a heartfelt backbone will make The Golden Circle a disappointment for eager fans, even if they didn’t realize how important these relationships were to the success of the original. Instead of adding the kind of levity the first film’s emotional journeys did, The Golden Circle’s half-baked pathos bogs down an already overburdened plot.

Cool orange suit jackets, puppies, and a villainous Julianne Moore will only take you so far.

Kingsman: The Golden Circle premieres in theaters on September 22.