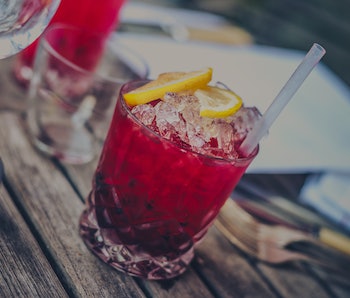 Research shows that drinking alcohol can accelerate cognitive decline, scar your liver, and interfere with healthy decision making. Oh yeah, and give you a nasty hangover.

So let’s say you want to cut down on your drinking, but don’t know how. A study from University College London (UCL) published August 2 in the International Journal of Neuropsychopharmacology found that it might not be as hard as you think. In fact, it may only take 11 minutes of mindfulness.

The UCL research team trained heavy drinkers in mindfulness techniques for 11 minutes and encouraged them to practice the methods through the following week. These participants ended up consuming 9.3 fewer units of alcohol that week than they had previously tended to drink.

UCL defines mindfulness as “techniques like meditation, breathing and yoga” that “help you to become more aware of your thoughts and feelings so that you can manage them better.”

The research involved 68 participants who identified as heavy drinkers but not alcoholics. Half of them were given the mindfulness instruction, in which they were encouraged to focus on their emotions and the physical sensations in their bodies. By paying attention to their cravings, researchers hoped that participants would learn to tolerate them. Mindfulness is meant to help people accept discomfort as transient so that they don’t feel compelled to immediately act upon it.

In contrast, the other half of the group was trained in relaxation strategies, which acted as a “control condition that appeared to be just as credible as the mindfulness exercise for reducing alcohol use,” explains a press release. Neither the participants nor those conducting the study were aware of which strategy each person was taught.

“We used a highly controlled experimental design, to ensure that any benefits of mindfulness training were not likely explained by people believing it was a better treatment,” says study co-author Dr. Tom Freeman.

Those who were taught mindfulness ended up drinking 9.3 fewer units of alcohol over the next week. That’s about the same as three pints of beer, five shots of liquor, or a little under five standard glasses of wine. Those who learned relaxation methods did not see a significant reduction in their drinking.

“Some might think that mindfulness is something that takes a long time to learn properly,” says study co-author Damla Irez, “so we found it encouraging that limited training and limited encouragement could have a significant effect to reduce alcohol consumption.”

This is just a single study, so its findings aren’t necessarily conclusive; but because it takes only a few minutes to test it out for yourself, why not try? UCL hasn’t released the exact mindfulness training program they used on study participants, but they do offer a free, online 10-minute program for students and faculty here, and people who aren’t affiliated with the university can check out their other mindfulness resources here.

“We’re hopeful that further studies will replicate our findings and provide more insight into how mindfulness training could be most effective in practice,” says co-author Shirley Serfaty. “Our team is also looking into how mindfulness might help people with other substance use problems.”