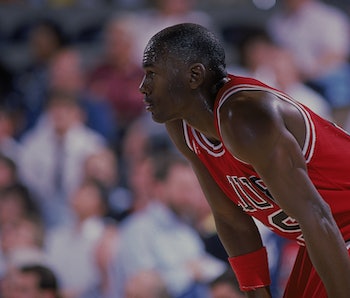 Forget natural ability, science is interested in finding out if the next Michael Jordan could be created through biological enhancement.

Researchers at Harvard University have a gut feeling that the key to next-level performance ability could be found in consuming probiotics that mimic bacteria found in elite athletes’ digestive tracts.

As Jonathan Scheiman, a postdoctoral fellow working with Harvard’s Wyss Institute, tells Inverse, the idea came about after an advisor asked him if he could use genomics to predict the next Michael Jordan.

“My response was, ‘No,’” he says. “But a better question is: could we extract Michael Jordan’s biology to give to other people, to help make the next Michael Jordan, or just improve health.”

As a former college basketball player, Scheiman says he’s always been interested in bringing the sports and science communities together through research. “I didn’t make the NBA, so my backup was getting a PhD in molecular biology,” he says.

In order to discover ways to enhance performance, Scheiman and a team of researchers decided to focus on athlete’s gut bacteria. The human microbiome — aka the collective bacteria, bacteriophage, fungi, viruses and protozoa that live in the body — has profound influence on your health, from your energy metabolism, endurance and mental ability, to combatting disease.

“A lot of the carbohydrates and fibres we eat, our body doesn’t break down, the bugs in our gut do that for us and convert them to energy sources,” Scheiman says. “So there’s tons of implications for obesity, diabetes, or if we’re looking at super fit athletes, maybe endurance.”

Scheiman collected fecal samples daily from 20 athletes that were training for the Boston marathon in 2015, for one week before and one week after the race.

“It basically meant I drove around collecting fecal samples five hours a day, putting them in the back of my Zip car on dry ice,” Scheiman says. “I always say I definitely got my hands dirty for this.”

After recording how many and what types of microbes inhabited the fecal samples collected, researchers compared the samples taken before and after the race. What they discovered was that a bacteria that breaks down lactic acid spiked following the race. Lactic acid increases during intense bouts of exercise, causing fatigue and body soreness. Researchers isolated the bacteria bug that combats lactic acid and are now testing it to see if its introduction into foreign bodies could increase athletic ability by minimizing fatigue.

So far, researchers say that the bug can break down lactic acid in a test tube setting, and it appears to still work after passing through the digestive system of mice.

Researchers also compared the microbiome from the ultramarathoners to similar samples from rowers training for the Olympics. They found that one type of bacteria that breaks down carbohydrates and fiber was present in the marathoners but not in the rowers. This led researchers to believe that different sports foster different microbiomes, implying that different advantages might be present in different kinds of athletes.

Researchers presented their work Sunday at the 254th National Meeting & Exposition of the American Chemical Society in Washington, DC.

Scheiman says that the research team is in the process of commercializing their findings, and are launching a company called Fitbiomics this fall. They plan to study the microbiomes of more elite athletes, and offer a probiotic product some time next year.

Probiotics have been on the market for a long time, but Scheiman says that only two types of bacteria make up the overwhelming majority of the market. “Even those bugs that are out there — that make up 90 percent of the market — we’re finding that athletes have unique variations of those. The question is, can we use new technology to improve this field and offer even better probiotics?”

So will Scheiman and his team be able to improve your dunk? Definitely not in any direct sense, but keep in mind that a probiotic based on athletes’ special bacteria has never really been attempted before. If it does work, it might it give you that endurance boost to take more shots in a row. And practice makes perfect.