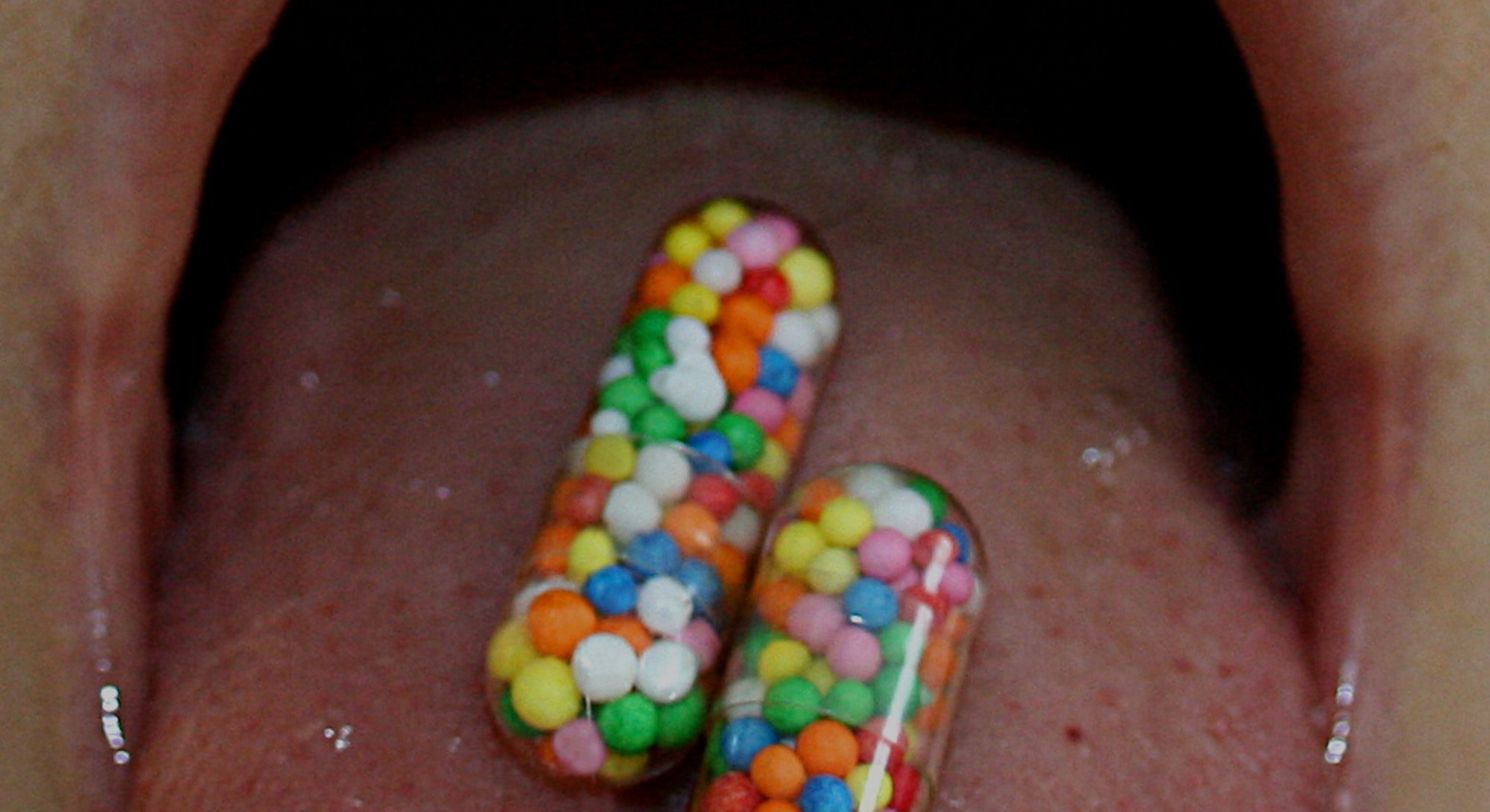 Bacteria don’t outnumber our own cells 10 to one, as the old myth went, but we do contain trillions of microroganisms. That these organisms influences us as much — if not more — as we influence them is a powerful idea, explored in fecal transplant therapies and microbiome sequencing. It’s also one that some researchers want to take advantage of, psychologically speaking. They’re looking for psychobiotics — bacteria that form a connection between our guts and our brains.

One of the scientists laying the conceptual groundwork is Ted Dinan, a clinical psychiatrist at University College Cork in Ireland. He minted the term psychobiotic — comparisons to Timothy Leary invariably pop up — and has been a key player in this young bio-pharmacologic offshoot. It’s so early there’s a lack of human studies — a big caveat in the pharma realm. That doesn’t mean the underlying theories don’t seem to click.

Inverse chatted with Dinan about the possible future of popping a capsule full of germs to boost our moods.

How did you get interested in bacteria that might have a beneficial effect on our moods and behaviors?

As a psychiatrist with a background in neuropharmacology, I’m interested in the fact that many bacteria are capable of producing some of the most important neurotransmitters in the human brain, like serotonin and GABA. Now, I don’t believe for a second these bacterial neurotransmitters go to the human brain. That’s implausible. But I do believe that these bacteria are capable of producing substances that either directly or indirectly impact our brain function, through the vagus nerve — which directly connects to the brain.

My interest really is in how the brain gets access, regulates our capacity to deal with stress, and whether or not in stress-related conditions the microbiota (the microscopic ecosystem within a human) might be altered. That might be for physiological conditions: For example, the microbiota of babies born vaginally and those born from c-sections is going to be fairly different. Babies born by c-section largely get microbes from the mother’s skin, from the doctor’s skin, from operating instruments; whereas babies born vaginally get the microbiotics from their mother’s vagina and from the mother’s fecal material. So they start off with a very different microbiota. There are consequences of this. We know that babies born by cesarean section, for instance, are more likely to have allergies and asthma than babies born per vagina. They may be more likely to put on weight and become obese, more so than babies born per vagina.

If microbiota is altered in certain states — perhaps as a result of stress or mode of delivery — can we make it more normal by providing “good” bacteria? We’ve managed to delineate a number of bacteria, which we believe have what we term psychobiotic potential. Our ultimate goal, really, would be over the next few years to develop a psychobiotic for treating mild depression or mild anxiety states.

Let’s say a person with altered microbiota is stressed — is it that the stress has changed the bacteria, or is the atypical bacteria causing stress?

It’s possible in either direction — you’ve got a bi-directional communication system. If rodents are stressed early on, in the first few days immediately after delivery, that has an impact on their microbiology lasting into adulthood.

I think it’s conceivable, as well, that you can have the microbiota altered in other ways besides stress. I’ll give you an example. There’s a recent paper looking at Parkinson’s disease, a Scandinavian study. There is a theory that Parkinson’s disease begins in the gut, moves up the vagus nerve, and into the brain. The Scandinavians decided to look at a very large cohort of people who had a vagotomy back in the ‘60s and ‘70s — they’re elderly people now, who would have a high risk of Parkinson’s disease — and they simply asked what are the rates like? When people had a full-truncal vagotomy, the risk of Parkinson’s disease was significantly decreased. Here was a disorder that began in the gut, presumably in microbes or whatever, and spread up the vagus nerve.

Do you have a sense of what the bacteria are that is altering this?

We’ve profiled the microbiota. There are alterations but I’m not sure which specific strains might be the ones mediating the effect. Twenty or 30 years ago people in psychiatry were looking for bacteria that might cause depression. It’s no longer fashionable to do that now. Very few people from any groups are doing that. But there’s a lesson to be learned from those studies.

For example, take brucellosis, which is endemic in some farming communities globally. What’s intriguing from a psychiatric perspective is that a third of patients develop severe depression, even though they have no obvious CNS involvement. It’s not impacting the brain and yet there’s a high rate of depression associated with it. If you go back to even syphilis in the 19th century, when it was common, and people would have mood alterations. We have a long history of recognizing that there are bacterial ways to actually alter mood.

Looking forward at psychobiotics, if I’m not clinically depressed — but not feeling great, either — could you see someone saying, “Here’s a bacteria you could take as a mood enhancer?”

I do. I think we are close to that, within the next three or four years, in what I would consider mild forms of depression or anxiety.

But I think your readers need to be aware of the fact that an overwhelming amount of bacteria don’t do anything. Many don’t get past the acid in the stomach — they get broken down. Not all bacteria are going to be psychobiotics, and I think if someone wants to claim that something is psychobiotic they really should have critical data to indicate it.

So people shouldn’t come away from this story thinking eating a bunch of yogurt will make you feel happier.

Absolutely. I really don’t think the concentration of a psychobiotic in a yogurt is likely to be enough to produce dramatic changes in stress. I think you’re talking about bacteria in numbers of a billion per capsule — when psychobiotics become available, which I firmly believe they will, they’ll need to be in a capsule.

What are the potential side effects?

That’s an interesting question. There’s been nothing that I’ve used to treat depression or anxiety that didn’t have a side effect. But so far they don’t seem to have many. Some psychobiotics seem to have caused weight gain. One that might cause a bit of constipation. But have I come across one that causes any significant side effect? No I haven’t, really.

What are the big questions that remain?

Right now what we have is a plethora of studies conducted in rodents. We have a paucity of translational studies. Over the next two to five years, we need to start translating some of these findings into human population. That is the big challenge going forward.

Regulators are going to have to adapt to this as well. Psychobiotics are not going to be a drug that has a dose-response curve. It’s going to be hard to do the conventional pharmacology that would associate with small molecules in dealing with psychobiotics. We need the same level of rigor, but I do think there are challenges or reasons why the development of psychobiology can’t simply parallel those of small molecules. They’re not small molecules, they’re alive organisms. And they’re not colonizing — they’re tourists in our intestines. We ingest them and they come out our anus and they don’t actually colonize at all. It would be a very rare person in adulthood who would end up being colonized by a psychobiotic.

Of course, you could imagine from an industry perspective that’s attractive. No one wants to see a scenario whereby taking a capsule you’re colonized, and you never need to take another. There wouldn’t be much money in that.