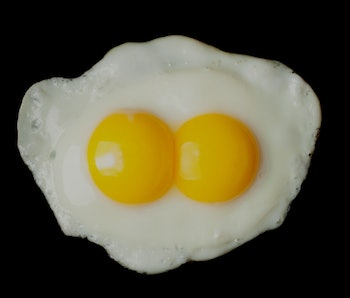 On Monday, Americans will have the rare chance to see a once-in-a-lifetime total solar eclipse as it cuts across 12 states, casting the moon’s shadow for a couple minutes as it passes the sun.

But just because it’ll be dark for a bit doesn’t mean it doesn’t require proper protection. In fact, the total solar eclipse can destroy your vision: Failure to protect your eyes may cause permanent damage to the macula, the part of the eye containing light-sensitive tissue that allows you to read and recognize faces, potentially resulting in partial or total loss of central vision.

If that happens, there’s not much you can do to recover your sight.

Anticipating the serious need for caution during the eclipse, JAMA released its eclipse guide on Friday, outlining some of the biggest dos and don’ts for this monumental event. This isn’t to say it’s all doom and gloom. Just keep in mind that you’ll better be able to enjoy the eclipse if you know you’re safe.

With the gravity of the situation in mind, here are some of the biggest take-home points:

Don’t look directly at the eclipse. There is one — and only one — exception to this rule: If you’re in the 70-mile-wide path of totality, you can look directly at the event during the couple of minutes — 2 minutes and 41.6 seconds, if you’re directly in the path — that the moon has completely covered the sun. Not before. Not after. Only during the totality. Even this is risky, though. “When the moon completely blocks the sun at the minute of a total solar eclipse, dangerously, a person might look at the eclipse without protection and falsely believe that it is safe to view,” reads the JAMA guide. “However, within a few seconds, as the moon continues to move, bright sunlight suddenly might be focused on the unprotected macula.” That’s when your eyes might feel fuzzy afterward — at which point, get yourself to an emergency room, as damage has been done.

Do use shade No. 14 welder’s glasses (the darkest available) or glasses with aluminized mylar lenses if you plan to look directly at the eclipse. If you’re uncertain whether your glasses are legit, check the American Astronomical Society’s list, entitled “Reputable Vendors of Solar Filters & Viewers.”

Don’t try to watch the eclipse through your mobile phone camera.

Do use a proper viewing device such as a pinhole projector.

Don’t look at the eclipse through any unfiltered optical device, including cameras, binoculars, or telescopes. Even if you’re wearing protective glasses, these devices can magnify the UV rays to a strong enough degree as to render your eye protection ineffective.

None of this is meant to strike fear into your heart, but it is meant to encourage you to exercise caution so that you won’t suffer a life of consequences from observing the natural wonder that is a total solar eclipse.