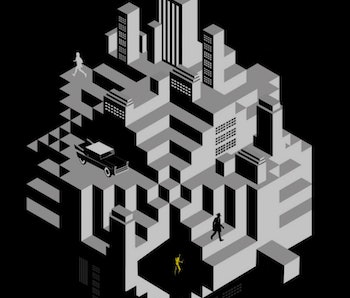 August is typically a lag-time in most areas of pop culture. It’s a hazy, lazy month when shows end instead of premiering and the summer box office runs on fumes. In the book world, however, August is a train chugging ahead at full speed.

Particularly in the fantasy genre, August is an electric time of new beginnings and epic endings. Urban fantasy queen Kelley Armstrong is bringing her fairy-filled Cainsville series to its conclusion while speculative fiction legend Jeff Noon is kicking off an intriguing new series set in a world with a neon sky. Several debut authors are unfolding new worlds teaming with magic and mayhem, too.

From epic fantasy to urban, from adult to YA, from series to stand-alone novels, here are all the noteworthy fantasy books that should be on your radar in August 2017.

Because the notion that suburban dramas are the traditional “beach read” genre is overrated.

While this is a short story collection rather than a novel, it’s well worth a read. Its stories all focuses on villains of fantasy, and it and boasts entries from authors like Jim Butcher, Kevin Hearne, Seanan McGuire, Lilith Saintcrow, Kelley Armstrong, Caitlin Kittredge, and more.

Dragonsworn is the whopping twenty-eighth novel in Sherrilyn Kenyon’s Dark Hunter series. It centers around a dragon and the daughter of the greek god Apollo trying to stop the world from ending. So, just a light low-stakes summer read.

3. A Man of Shadows by Jeff Noon

Speculative fiction visionary Jeff Noon is launching a new genre-bending series set in a place called Dayzone, where the sky is perpetually neon. It centers around a private eye solving a murder mystery that takes him from this perpetually light world to one of perpetual darkness. It’s lyrically written, wonderfully weird, and drops with noir.

Rituals is the fifth and final entry in urban fantasy juggernaut Kelley Armstrong’s Cainsville series, which follows a young woman who learns that her real parents are famous serial killers. If that wasn’t enough, while she’s investigating their crimes she also discovers that she’s part of a centuries-old tug of war between rival fae factions. Just like Armstrong’s Otherworld series, Cainsville comes to a tense, satisfying head in Rituals.

Wicked Like a Wildfire is essentially a more diverse YA version of Aliec Hoffman’s classic Practical Magic. It ‘s about a pair of mixed-race twins who come from a family filled with magical women. They have the power to magically manipulate beauty — but first they must discover their mother’s secrets.

7. Mask of Shadows by Linsey Miller

More like this
Entertainment
6.21.2022 1:00 AM
Game of Thrones sequel could ruin the best part of the series finale
By Alex Welch
Entertainment
6.19.2022 11:30 AM
You need to watch the best monster thriller of the '90s before it leaves HBO Max next week
By Mónica Marie Zorrilla
Gaming
6.29.2022 9:00 PM
Everything we know about Tower of Fantasy, the upcoming Genshin Impact rival
By Jess Reyes
Share: