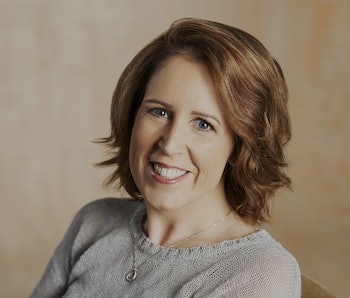 This week, we spoke to Kelley Armstrong, bestselling author of the Otherworld series, which has been adapted into a television show on Syfy. She has also written YA series like Darkest Powers and Age of Legend and crime novels like the Nadia Stafford series. Most recently, she has released the latest book in Cainsville, her adult urban fantasy series. Armstrong talked to Inverse about Cainsville, her writing process, what would happen if Clay Danvers and Gabriel Walsh ever met, whether the Otherworld series has a future, and more.

Many urban fantasy authors draw inspiration from the same Greco Roman myths, but you use more obscure lore like the Mallt-y-Nos in Cainsville or the Wendigo in Frostbitten. Do you do research to find these stories?

I was a huge reader growing up, and one of the things I was interested in was folklore and myth. I was very young when I took every possible mythology and folklore book off the library shelf. As much as I like Greek and Roman and the more common ones, I grew up knowing all of it. So it was easy when I went to write to pick and choose.

For example, Cainsville does primarily Welsh mythology. And for that, I had gone in knowing I wanted Celtic. Then I started researching more, because I know the basic lore, but wanted to go deeper. I was finding a lot of things I really wanted to work with, and they all happened to be Welsh.

It would be silly to ask if you have a favorite book, but is there any that pleasantly surprised you in the experience of writing it?

Probably Cainsville, because I was coming off the Otherworld. I’d gotten where I wanted to go and I was starting to reach the stage of thinking, “I’m going to have to really reach for plot lines, they aren’t coming as easily as they had before.” So I thought, “I’m going to have to start something new.” I was a bit reluctant to do that because I loved those characters and I knew them. They were comfortable. But once I started writing Cainsville, I realized I was overdue for a change. It was so fresh and new, and there were tons of new plot lines streaming up like when I first started the Otherworld. The lesson I took from that was I’d probably better never go quite as long as I did with the Otherworld.

You’ve revisited it in novellas and short stories. Do you think you’d ever return to it in novel form?

I never completely close a door. I always think if you say, “I’m absolutely done” and then you come up with a new idea, there’s always someone who’s going to think, “Oh, she had to go back into that well again.” At this point, there are no fresh, bright, new ideas — but if in two or three years, I had an idea and went, “This is perfect” and it really only fits that world, I would certainly pull it back out.

And since the Otherworld has been adapted into a TV series on SyFy, if you could choose to have another series adapted, which would you pick?

I’m very practical, so I look at it as which would be easiest to adapt. Certainly a problem with the werewolves is the special effects. Of course people want to see a lot of them, but every frame is going to cost you. My new series — City of the Lost is the first book —would work well because it is mystery with no supernatural elements, and it takes place off the grid Yukon town where people go to disappear. It would be easier to do than some of my more fantasy-based ones.

You’ve spoken about how the Otherworld kind of came to you in that short story about Elena before the events of Bitten. For Cainsville, was a scene or a character you started with?

I was coming off the Otherworld, and it had done really well, which meant that I had some real freedom to say, “What do I want to do?” Not, “What’s marketable, what’s going to be hot now, what’s the most profitable plot line,” but just “what do I really want?” So it was for me combining two tropes that I love. I’ve always wanted to do the small town with a secret story. I love that concept. And I also love the reverse Cinderella story — somebody who has it all and loses it and has to get back onto her feet. I took those two ideas and thought, ‘How can I put these together in one story?”

Because you’ve been in the urban fantasy genre for quite a while now, how have you seen it evolve during your time in it?

It’s been very interesting. When I first sold Bitten it was 1999. At that time it was tricky because werewolves to the average person — even a publisher —meant a horror story. You were starting to see some; Laurell K. Hamilton had werewolves in her books that were clearly not horror stories. But you weren’t getting a lot of that. So it was a tough sell initially just getting people to understand what the book was. And then you had a whole bunch of those types of books come out at the same time — Jim Butcher, Charlaine Harris. So you had this genre growing up that nobody quite knew what to call it. Reviewers called it different things, and it really took off. You know it’s going to eventually come back down, so you’re just sort of watching it go bigger, knowing that eventually you’re going to hit some kind of bubble. I’m not going to say we’ve hit the end of urban fantasy; there were so many books out there that those who do it well can still do very well with it. But for anyone like me who loved it but wanted to try something new, it’s probably a good time for that.

You’re also unusually prolific. How do you maintain your momentum?

It’s not a hardship for me to write every day. If anything, if I go a few days of not writing, I get twitchy. I get up in the morning, even on vacation, and write 500 words. When I originally started, I was told I would need to do a novel a year. That terrified me because it took me years to write Bitten. I always dreamed that someday I would be doing well enough that I could write a book every two years. Well, I’m past that point and I’m doing two to three books a year. My skills got better practice at learning to write faster and be more confident.

Are there any TV shows you keep up with?

I’ve been going through The 100, which is not urban fantasy, but it’s science fiction with all the things that I like: thriller, action, adventure.

Do you think if Gabriel Walsh and Clay Danvers ever met, they’d get along?

I think there would be some trouble there. They fight their battles in very different ways. Clay really is a physical fighter. Gabriel can fight physically, but he’s far more likely to blackmail you, con you, and steal your money. Clay would have no clue how to actually deal with that kind of a person.

More like this
Culture
6.20.2022 11:36 AM
Look! 8 bodacious pages from Netflix’s Stranger Things coloring book
By Robin Bea
Entertainment
6.28.2022 7:20 PM
Everything we know about Dune: Part Two
By Gabrielle Bondi and Ryan Britt
Entertainment
6.17.2022 9:00 AM
Spiderhead ending explained: How the Netflix movie changes the book
By Ryan Britt
Related Tags
Share: