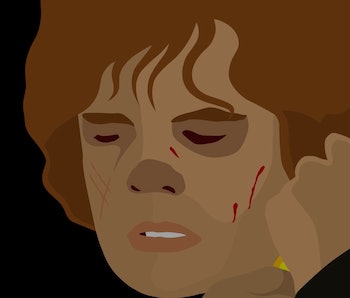 What better way is there to ready yourself for Game of Thrones Season 7 than the drown in sorrow by revisiting the many deaths featured on the show?

The deaths of Ned, Robb, and Catelyn Stark may have been some of the most impactful on Game of Thrones to date, but they’re only three of the many fatalities featured in a positively bone-chilling animated recap video by director-animator Aristarchos Papadaniel.

In “The Rains of Castamere — An Animated Choreography of Departures,” Papadaniel utilizes rotoscope animation meant to create an “animated choreography of departures” that revisits the most iconic deaths from Game of Thrones in a cinematic animated form. Prominently featured in the beginning are Ned Stark’s beheading and the deaths of Robb and Catelyn Stark at the Red Wedding, among many, many others.

For the video, Papadaniel himself performed a chilling rendition of “The Rains of Castamere,” a Game of Thrones original song often associated with House Lannister. It was famously being played by actual members of Coldplay at the Red Wedding just before all that murder happened. As such, the entire video is very Lannister-forward.

“I wanted to get at the core of the action in the images happening in the video,” Papadaniel tells Inverse, “and to the song itself by using only vocals, a capella with back vocals.”

The end result is a chilling reminder of the many casualties from the show:

The more recent “Revisited” version up on Vimeo includes updated Season 6 fatalities like the poisoning of Myrcella Baratheon, King Tommen’s suicide, and Cersei’s explosive mass murder of Queen Margaery, Loras Tyrell, the High Sparrow, and the rest of the Faith Militant.

No matter which version you watch, prepare to have your skin crawl.