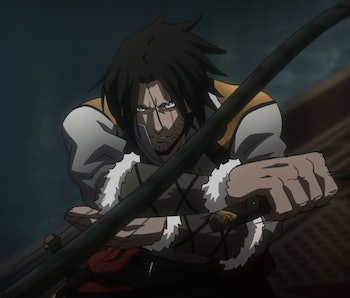 Well, that was quick. On Friday, the same day as the first season of Castlevania debuted on Netflix, the streaming service renewed the show for a longer, eight-episode Season 2 slated to premiere in 2018.

Production on the series is being spearheaded by Adi Shankar (The Grey, Dredd), a Hollywood producer known for creating dark, gritty fan films based on established properties such as The Punisher: Dirty Laundry and 2015’s viral hit POWER/RANGERS. Months ago, Shankar mentioned on Facebook that Season 2 of was already set for 2018. But today, Netflix made it official, announcing that the new season will contain double the amount of episodes from Season 1’s episode count of four.

Shankar, a rabid fan of the original Castlevania games, has made the anime one of his passion projects. “This is very much Castlevania done in the vein of Game of Thrones,” Shankar told IGN. “This is going to be the best fucking video game adaptation we’ve had to date.”