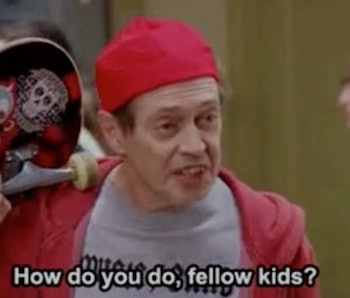 The U.S. State Department is best known for representing America in its relationships with other countries. Usually, that means peace deals, economic negotiations, and trips to meet with foreign dignitaries, but on Wednesday, the State Department decided it would dabble in a little bit of viral marketing with a side of fake Twitter drama, all in the name of intellectual property law. Wait, what?

Ok, here’s what happened. At some point last week, the State Department’s Bureau of Economic and Business Affairs sent out an email to several educational institutions, including Stanford Law School, to try to start a “social media project” with the Office of Intellectual Property Enforcement. For reference, that’s the branch of the State Department that’s in charge of trying to make sure people don’t torrent Game of Thrones seasons in foreign countries and pursuing other copyright cases. The State Department had the bright idea to try to start a viral Twitter thing under the #bestIPmoment hashtag in the week after the Fourth of July, where various social media personalities would argue online over whatever they thought the best American invention was.

So far, that hashtag doesn’t appear to have taken off. There are only six tweets using it, and five of them are making fun of it.

Here’s the full email that Stanford Law School got, which was promptly leaked to Mike Masnick at Techdirt. Remember that this is a message from an official in the U.S. State Department and not an email from the head of the local PTA trying to get everyone to participate in a bake sale:

Good Morning! My name is H———, and I am reaching out to you from the State Department’s Bureau of Economic Affairs. I gave you call a little earlier this morning, but I thought I would follow up with an email as well.

Currently, I am working on a social media project with the Office of Intellectual Property Enforcement. This summer, we want to activate an audience of young professionals- the kind of folks who are interested in foreign policy, but who aren’t aware that intellectual property protection touches every part of their lives. I think the law school students at your institution may be the type of community that we would like to engage. Additionally, we know that your law school is ranked among the top schools in Intellectual Property law, and thus our campaign may not only be fun, but relevant for you all as well.

So a little bit of a recap from the message that I left you this morning. The Bureau of Economic and Business Affairs wants to start a fake Twitter feud. For this feud, we would like to invite you and other similar academic institutions to participate and throw in your own ideas!

The week after the 4th of July, when everyone gets back from vacation but will still feel patriotic and summery, we want to tweet an audacious statement like, “Bet you couldn’t see the Independence Day fireworks without bifocals; first American diplomat Ben Franklin invented them #bestIPmoment @StateDept” Our public diplomacy office is still settling on a hashtag and a specific moment that will be unique to the State Department, but then we invite you to respond with your own #MostAmericanIP, or #BestIPMoment. Perhaps it will an alumni defending intellectual property in the courts or an article that your institution has produced regarding this topic.

Some characters from the IP community here in DC have agreed to participate with their own tweets: US Patent and Trademark Office, the Copyright Alliance, the Motion Picture Association of America, the Copyright Office, and the Recording Industry Association of America. We hope to diversify this crowd with academic institutions, sports affiliations, trade associations, and others!

Please give me a call or email me with any questions, comments, or concerns. I look forward to hearing from you soon!

Essentially, the “feud” aspect of this is the State Department trying to cash in on similar “organic” viral moments like the Wendy’s chicken nugget kid or other times big brands went viral for jokes or sick burns.

But here’s where it gets even sketchier: The State Department said that several government entities and major trade organizations were already on board to join the viral marketing campaign, including the U.S. Patent and Trademark Office, the Copyright Alliance, the Motion Picture Association of America, the Copyright Office, and the Recording Industry Association of America. That’s a long list of jargon-y names, but notably, it includes the MPAA and RIAA, two organizations that have been major forces behind controversial internet censorship bills like SOPA and PIPA.

On the surface, the whole thing is just another example of a “how do you do, fellow kids?” attempt at online marketing gone wrong. But as Masnick at Techdirt notes, it also represents the MPAA and RIAA collaborating with the government to push a viral marketing campaign that aligns with their political agenda. The MPAA and RIAA are not government organizations, they’re private trade conglomerates, so it’s pretty dang weird that the government would think it’s a good idea to just have a fun little Twitter party with them to promote the genius of American Invention (TM).

Anyway, the whole thing blew up in their face, because whoever received the email at Stanford Law School promptly leaked it, and the smart bet is that the #BestIPMoment campaign just isn’t going to happen. Why anyone thought it was a good idea in the first place is still a mystery.