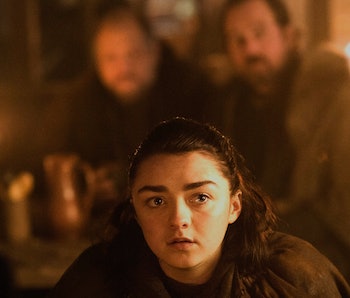 All men must die on Game of Thrones, and the odds for Season 7 are in. Betting platform Boylesports has released their Season 7 stats that predict which characters will say “today” to the God of Death first. Most are expected — tertiary people who have it coming, like Petyr Baelish, Ellaria Sand, Euron Greyjoy, and Melisandre — but it gets really interesting when you look at the major players, because Arya Stark ranks highest.

It has long been rumored that Arya is George R. R. Martin’s wife’s favorite character, while Tyrion is said to be Martin’s. Because of this, the two have been assumed to have the most plot armor. If either died, that would be a shocker.

To be fair, the odds of 10/1 are still not in favor of A Girl dying. But if she does, let’s hope Game of Thrones reunites her with Nymeria first.