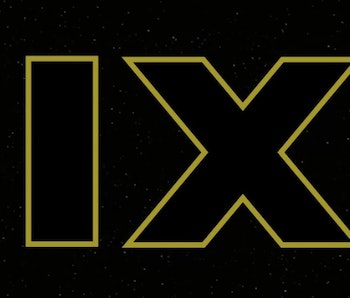 Apparently, directing a Star Wars movie can have an unintended consequence: it can permanently alter the way you look at your own relationship with the franchise as a fan. And, according to Star Wars: Episode IX director Colin Trevorrow, making the final installment in the new trilogy has been “bittersweet.”

In an Empire interview which circulated on Thursday, Trevorrow admitted that his relationship with Star Wars would never be the same. “ “Unfortunately, Rian’s film is the first one I won’t be able to watch as an audience member. I got that privilege with The Force Awakens…I just got to go see it with a Star Wars fan. I got to sit next to my kid and just giggle as we read the crawl because we were so excited. Rogue One was the same way. I didn’t see it in advance. That time is over now. Star Wars is no longer that experience for me. If there’s anything kind of sad about it, it’s that I don’t get to have that.”

Whether or not you truly feel sorry for Trevorrow depends on whether or not this statement qualifies as an uptown problem or not. Also, considering the recent firing of Chris Miller and Phil Lord from the Han Solo movie, talking about being burdened with directing a Star Wars movie seems slightly insensitive at the moment.

At present, Trevorrow’s Star Wars: Episode IX is set to hit theaters in May of 2019.