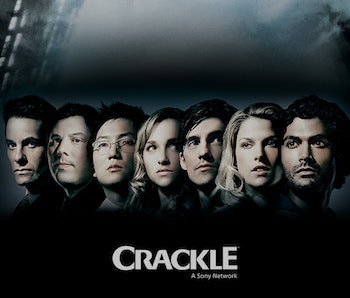 Save the cheerleader, save the world. It’s been ten years since that ominous instruction became a pop culture sensation, and very soon, the entire Heroes experience can be binge-watched to your heart’s content. Starting July 13, Sony’s free streaming service Crackle will have the entire four seasons of Heroes and all 13 episodes of Heroes Reborn. Yatta!

It’s sometimes hard to believe that Heroes, created by Tim Kring, hit the air 11 years ago after a famously packed screening at San Diego Comic-Con in 2006. Back then, the only superhero fix fans could enjoy (not including animation) was the WB/CW’s Smallville, which had the disappointing “no tights, no flights” rule among its showrunners. Heroes wasn’t much better in that regard, as the show’s protagonists were proto-X-Men who were just discovering their gifts instead of being full-fledged masked avengers. But its intrigue, atmosphere, and refreshingly diverse ensemble cast made Heroes so utterly compelling — at least for its first season. The WGA strike of 2007-08 severely hampered Season 2, and the show just couldn’t recover from that point on. Not even the nostalgia-fueled revival Heroes Reborn was enough to salvage the franchise, which is now way more dead than it was in its five-year absence.

But the legacy of Heroes can’t be ignored. Along with Smallville, the show proved the out-there superhero genre, formerly exclusive to movies, can work in the smaller canvas of primetime TV. Behind the scenes, the show also led comics writer Jeph Loeb directly to Marvel Television; fired during the show’s third season, Loeb was hired in 2010 by Marvel to oversee its TV department, which now includes shows like Agents of S.H.I.E.L.D., the Netflix shows, FX’s Legion, the upcoming Cloak and Dagger, and the animated Deadpool series.

To commemorate the arrival of Heroes, Crackle released two posters that update the originals to feature the service’s logo.

Heroes and Heroes Reborn will hit Crackle on July 13.