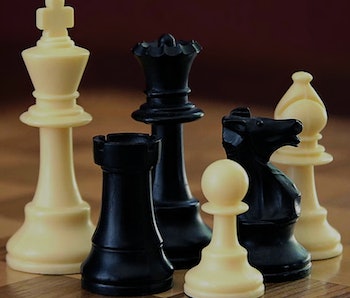 On Saturday, people who tried to log into Chess.com and play a game or two found that they couldn’t load any games and the reason is a weird one. According to Erik Allebest, the founder and CEO of Chess.com, they started getting bug reports over the weekend and a mix of technical confusion and a desire to save the weekend muddled the process a bit.

“By late Sunday the customer service emails had snowballed and we (not-tech folks) were still trying to figure out what was going on,” Allebest tells Inverse.

The problem, it turns out, arose from a bittersweet victory for Chess.com — the site has hosted more games than some older iOS devices could process. When the amount of games crossed 2,147,483,647 (that’s two to the 31st power, by the way), the 32-bit processors of some iPhones and iPads could no longer make sense of the game, so it stopped working.

Because chess.com numbers each of its games, the gameID values were beyond the threshold of what a 32-bit device could handle, announced Allebest on Monday, in a customer support forum.

“[Bug reports] were intermittent and could not be reproduced on most of our devices, which are 64-bit of course,” Allebest tells Inverse.

Newer 64-bit devices won’t have this problem for a while — the current amount of games on Chess.com would need to increase two billion-fold in order to reach the processing limit for the more modern processors. But Apple only recently upgraded to 64-bit architecture in devices in 2013. Anyone who has a model older than the iPad Air or the iPhone 5s — those were the first to have the upgraded processors — was locked out from playing chess unless they signed into the website on their computer.

By Monday afternoon, Allebest says, Chess.com had updated their servers and found a way to fix the problem for iOS users. After the Apple App Store agreed to expedite the rollout of their app’s update, Allebest tells Inverse that a solution is on the way — and that iPhone and iPad users should update their app as soon as they can. Once they do that, they should be able to play again without a problem.

Chess.com originally promised a solution by Wednesday. The problem was first reported on the website’s support forums by a user who wrote in French, “impossible to play for two days, what’s the problem?”

The site has hosted two million games in the last 24 hours.