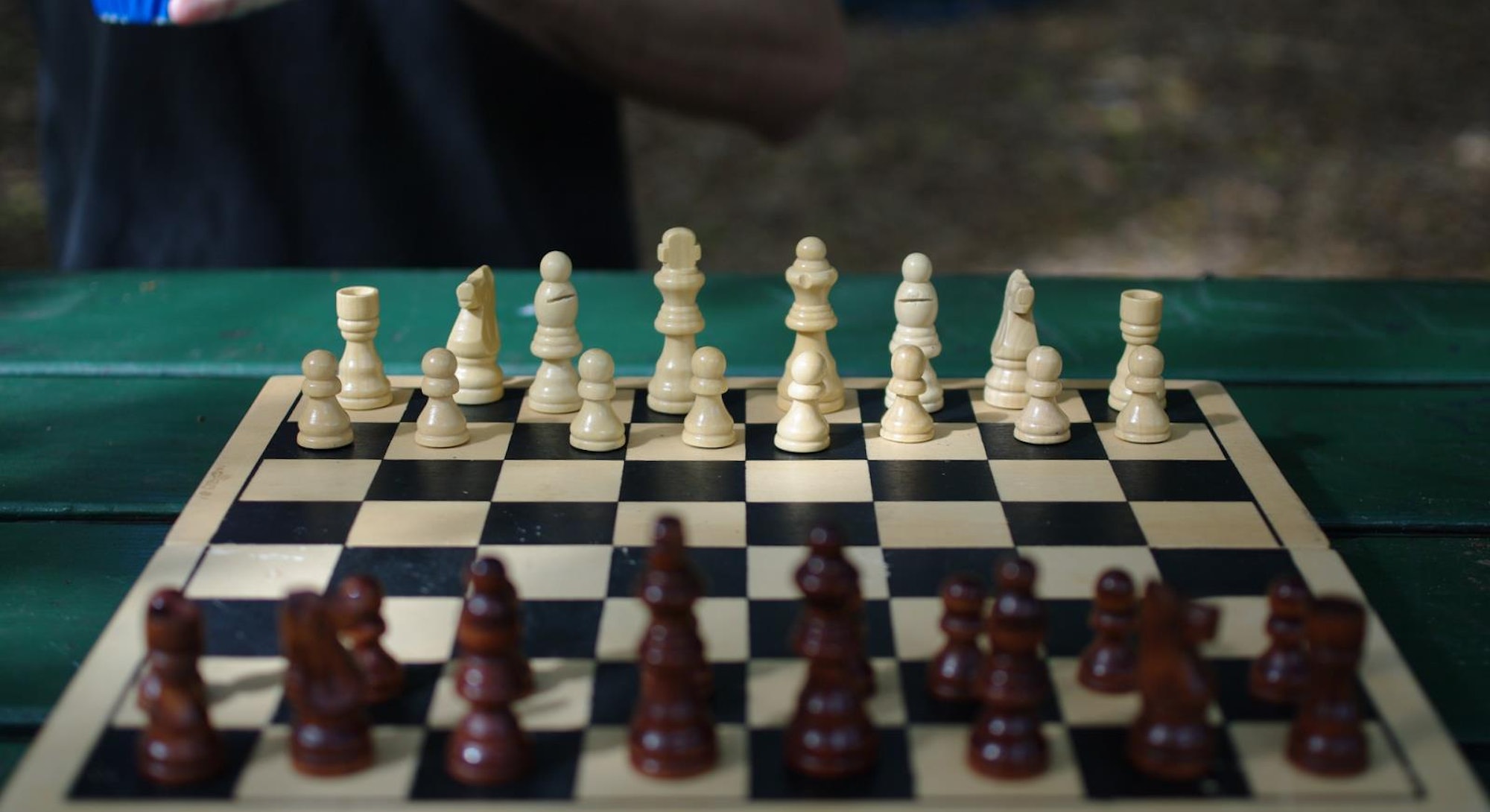 If you’re bad at chess, you might be great at Really Bad Chess.

The World Chess Championship — happening this month in the Fulton Market building near the Brooklyn Bridge in Manhattan is seeing Magnus Carlsen and Sergey Karjakin, contemporary kings of the chessboard, duke it out in a multi-game series for the title of 2016 World Chess Champion. In attendance is iOS developer Zach Gage, who weeks ago released a fascinating, provocative spin on the traditional game, which he named Really Bad Chess.

Where Carlsen and Karjakin are applying the highest-level modern thinking to the 1,500-year-old game, Gage lays out a counterintuitive take for your iPhone: In Really Bad Chess, opposing players’ armies are randomly generated, with players receiving different numbers of queens, knights, bishops, rooks, and pawns. Silliness and unfairness are built right into the game’s DNA. Away from the iPhone, it’s the type of game that might be played on a bender after stealing every piece from a children’s chess club.

“It’s fun,” says Greg Shahade, founder of the United States Chess League. “Really Bad Chess is an interesting way to keep a game balanced between two players of wildly different skill levels.” Because so much of the “common sense” of conventional chess is absent, the game presents itself as a self-aware, novel variation. Wanting to cater his free app to the single player, Gage even built it with a novel artificial intelligence to match.

Computers are the alpha predators of the chessboard today, dominating the game decades ago by virtue of raw processing power. The precedent was publicly established in February 1996, with the high-profile computer victory of IBM�s Deep Blue over then-reigning human world champion Garry Kasparov. Really Bad Chess upends this status quo of computer advantage — you stand every chance to beat the computer in this unbalanced, unfair game.

Humans may be better at making qualitative judgments on the chessboard, but computers can crunch so many different positions simultaneously that they’re instantly identifying advantageous positions to come 10-20 moves later. Perhaps it is suitable that the A.I. powering Really Bad Chess’s single player mode is a primitive one that never looks more than five moves deep and “never gets smarter.”

“This is one of the first games I’ve ever made with A.I.,” Gage tells Inverse over the phone from the World Chess Championship. “You’re often playing against variations of an A.I.: easy, medium, or hard. Playing against the A.I. in Really Bad Chess is closer to playing a human in poker. You’re playing the same person over and over with different stakes.”

Gage affectionately mocks the software opponent that powers his free iPhone app. His dumb chess A.I. is one that he acquired with the purchase of a $25 bundle of assets for Unity, a software development environment; it is a variation on Stockfish, the gold standard in open source chess intelligence. Stockfish dominates today’s conversations about chess engines alongside names like Komodo and Houdini. At intermediate settings, these engines can beat the strongest club-level players. At their highest settings, they crush the world’s grandmasters handily.

British grandmaster and professional chess player Simon Williams has built a chess-centric audience for himself on sites like Twitch and Chess.com, where he broadcasts his live showdowns against top-performing chess software. Currently filming an instructional chess DVD in Germany, Williams checked in with Inverse via email, writing that chess engines are simultaneously the bane and joy of modern professional chess players. [In an even match against a computer], humans stand no chance at winning and a very small chance of getting a draw. This would include world champion Magnus Carlsen — Magnus often loses to his own phone app!”

With this disparity in position-calculating ability, there are two ways to make human chess matches against A.I. more interesting. Software might be pitted against other high-powered chess software, as they do at the Top Chess Engine Challenge. Software might also play against a person using material odds; the computer starts with fewer pieces or some other disadvantage.

When leading American chess player Hikaru Nakamura played a four-game material odds series against Komodo in January, he lost despite advantages ranging from extra pieces to free moves. (He won one game, drew one, and lost two.) Even with major setbacks and other chess unbalance, computers can still crush the world’s best human players. Unless those humans have five more queens.

Gleefully unfair, Really Bad Chess injects new life into the chessboard-sized battleground between A.I. and humans. Gage thinks that Really Bad Chess might be an excellent educational tool for teaching kids how to play the real game. “Even if an opponent takes one of your very powerful pieces, you still have a few more left on the board. You hang onto your fighting chances longer.”

Really Bad Chess is available as a free download and might be just the breath of fresh air you need in order to rediscover chess’s beautiful complexity.