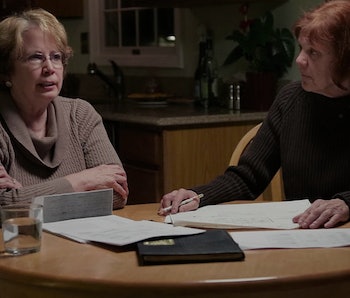 In the Netflix miniseries The Keepers, accusations from now-grown women of horrific sexual abuse at the hands of their former priest and school counselor are dismissed. Part of this dismissal was because of the statute of limitations; the women, adults at the time of the trial, waited longer than permitted by the law to accuse their abuser, a now-deceased priest named Joseph Maskell. The women argued that they had not violated the statute of limitations because many of their memories of the sexual trauma to which they had been subjected had only recently resurfaced. Prior to that, they had blocked them out as a coping mechanism.

While recovered memories remain a contentious and hotly-debated scientific phenomenon, it’s very possible that had the historic May 1995 trial happened today, the verdict would have been different. Dr. Paul McHugh, then the director of the Department of Psychiatry at Johns Hopkins University, served as an “expert witness,” alleged that these recovered memories could not be real, calling them false memories and arguing that they could have been implanted into the women’s suggestible minds by a therapist or lawyer — despite the fact that the women had corroborated each others’ stories without speaking to each other, with some remembering details of their abuse at different points of their lives, along with additional stories resurfacing over time.

McHugh’s expert testimony came hot on the tail end of several cases where exactly this — convictions based on recovered memories that ended up being false — occurred. This turned into an assumption that any supposed blocked-then-remembered memory was made up.

But in the late 1990s and early 2000s, a wealth of new scientific research emerged, suggesting neural mechanisms could explain how memories are blocked out, then later recovered.

Traumatic events can affect the brain in many ways. Many of the regions of the brain that are affected by traumatic experiences, such as the sexual assault of the young women featured in “The Keepers,” are related to memory and executive functions, like conscious thought. This in turn can cause post-traumatic stress disorder, which affects approximately eight out of every 100 people at some point in their lives, and dissociation.

As such, dissociative amnesia, or a general lapse in memory, consciousness, or feelings of one’s identity, are a common coping mechanism for victims of sexual abuse, especially in childhood, as well as for refugees, veterans, and other people who have been subjected to brutal conditions. Caused when neurotransmitters, the chemical signals that determine brain activity, disrupt the parts of the brain responsible for memory, dissociative amnesia provides people with a way to temporarily block out their trauma or abuse. The existence of dissociative disorders is another hotbed of scientific debate, but just like recovered memories they have garnered more support as outdated Freudian analysis has given way to more objective, evidence-based neurological research.

Today, while there are still experts who argue that repressed memories and false memories are one and the same, a growing body of scientific researchers argue that repressed memories are perfectly valid. In fact, the Supreme Court of Massachusetts issued a ruling in 2010 that memories recovered after a bout of dissociative amnesia are admissible in court as evidence. And in 28 states, the statue of limitations for sexual abuse is extended until the victims’ memories resurface.

It’s likely that if the women from The Keepers introduced their case in 2017, it would still be considered in court. While Maskell escaped justice until the end (he was instead reassigned to a parish in Ireland), perhaps some solace can be taken in recent progress in neuroscience that could prevent similar cases from being dismissed in the future.