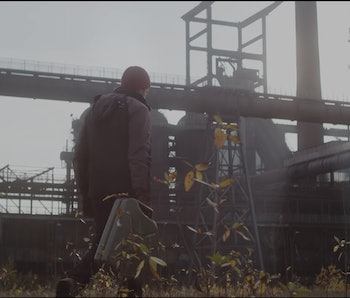 Elon Musk’s electric car and power company is notoriously opposed to running advertisements, relying on its CEO’s star-power and the excitable news cycle to make headlines, but in March, a fifth-grader’s fan mail convinced Musk to change his mind. “You should run a competition on who can make the best homemade Tesla commercial and the winners will get their commercial aired,” wrote Bria Loveday, and so Project Loveday was born. The submission deadline ended on Sunday, and many of the films are already floating around on YouTube.

For reference, here’s Bria’s letter, which her father, a writer for InsideEVs.com, definitely didn’t help with or suggest in any way.

Musk is a voracious consumer of popular culture whose tastes are best described as brainy-mainstream. Frankly, none of the videos seem weird or brilliant enough; mostly, they just sound like political campaign advertisements mixed with like, “don’t do drugs” PSAs. The common trend, however, is that most of the commercials play up the heroic act of buying an electric car. In various videos, Tesla Heroes conquer the apocalypse and a busy parenting schedule, they save the environment from noise pollution and air pollution at the same time while sweeping string music and Carl Sagan’s doctor’s office poster humanist rhetoric drones in the background. Car advertising has always pulled at customers aspirations of status, wealth, or attractiveness, but Tesla buyers feel like saviors too. Driving around in a sleek Model S means you have both a heart and a wallet of gold.

YouTube user James Green put together a playlist of Project Loveday submissions. Here are some of the weirdest, sappiest, and slickest-shot ones.

In “This Epic Tesla Commercial Will Make You Reevaluate Your Life,” a deep-voiced European dude semi-whispers into your ear while some strings play and there aren’t any cars in it? I’m very confused as to what’s up with this, but it seems like an apology letter to the Earth that builds toward a “use electric cars” message. Dunno. I don’t think this one is gonna win.

This one mashes up one of Carl Sagan’s monologues from Cosmos with some stock footage and shots of a really tricked out Model S zooming around. Zero points for originality, but hey, it’s pretty as heck and looks like pretty much every other car commercial out there.

This commercial presents a super weird false equivalence argument that reminds me of the “You download a CAR” anti-piracy disclaimers that showed up on DVDs you used to rent when Blockbuster was still in business. “You wouldn’t power your lights/ electric guitar/ etc with a gas engine,” the video says so why would you power your car with one? Which like, sure, the internal combustion engine is an unsustainable and inefficient power source, but also, those aren’t the same thing. You power an electric guitar and lights with electricity from a larger power plant, not from an independent electric engine. What makes power plants go? Oh yeah, in a lot of the country, it’s a combustion engine, which literally burns coal or natural gas to make electricity. So uh, you are powering your lights with a gas engine. Shoulda thought that one through.

Here’s a preachy one with more stock piano music, that nevertheless lays out Tesla’s general plan pretty well in 90 seconds. Step one: get solar energy, store solar energy. Step two: use said energy to power stuff, like phones and cars and your house. Step three: maybe stop clogging the atmosphere and literally destroying the Earth.

“Hope” is my favorite thus far, mainly because of how over-the-top it is. In it, a beardy post-apocalypse guy searches desperately for the last drops of gasoline. It’s basically like the original Mad Max trilogy except for some reason apocalypse guy is dressed in head to toe J. Crew. He explores a power plant, and then finds gasp a Tesla key, the lights flickering as inspirational EDM music slowly swells. It’s also in 4K, because this is 2017.

Here we go, the first one with drone footage, baby. Honestly, the production value on a lot of these has been impressive. We get some pretty slick shots of a Tesla accelerating down the road, some twinkly piano, and a father-daughter reunion at the end with a few pinwheel-wind turbine analogies set up as well.

This one is a short autobiography of a guy who pre-ordered a Model 3, but it’s shot pretty well. Not sure how your parents’ divorce figures into Elon Musk’s business plan, but sure.

Oh snap, we got a dog vid. I’m surprised we had to go this deep into the playlist to find one, actually. The video shows a hypothetical future where Tesla users can just toss their dogs (Gidget is the big happy golden in this one) in their car and get it to autonomously drive to the vet. Honestly, despite Tesla’s marketing, we’re still years out from fully autonomous vehicles, but it’s going to be even longer before someone figures out a way to get dogs to actually walk themselves into the vet. Like, come on man, Gidget woulda been outta there in a flash if you send him in an empty car to a random vet’s office.

My big question for this video is where did the guy cop the vintage spacesuit, and what was it like to shower in that thing? All else aside, this one is pretty all right. It rides the balance between being reasonably well produced but not looking like it either came from a major studio or from someone who wanted to just go freakin’ crazy in Adobe After Effects. You go, spaceship guy.

The last video plays up low-budget charm, has a good dog in it, and makes fun of pretty much every one of Tesla’s features while also bragging about them. It’s mostly in French, which technically disqualifies it from the competition, but Tesla could always reshoot it.

Unfortunately, the winner of the contest, which should be announced in about three weeks, doesn’t win a Tesla. A popular theory is that they will be invited along with other referral program winners to a Tesla factory tour that may include a viewing of the Tesla Model 3, scheduled to begin production in July.

Now all we have to do is wait for the winners.

More like this
Innovation
Oct. 2, 2022
EV ownership has a racial gap — one major change could bridge the divide
By Andrea Marpillero-Colomina and The Conversation
Innovation
Sep. 20, 2022
SpaceX Starship orbital flight: Elon Musk's giant rocket just passed another critical test
By Mike Brown and Molly Glick
Science
23 hours ago
Even if geoengineering worked, over half the world could keep heating up
By Patrick W. Keys, Curtis Bell, Elizabeth A. Barnes, James W. Hurrell, Noah Diffenbaugh and The Conversation
Related Tags
Share: